You have been to Madrid a couple of times and have seen all the royal palaces or simply like to venture off the beaten track and avoid the crowds? In today's post we have got you covered in both cases as we have a look at not one but three nobles palaces in the Spanish capital to discover.

Palacio di Liria
The Palacio di Liria is the only one of today's palaces still owned by a noble family, and one of Spain's most important noble families at that: the Dukes of Alba. Legends has it that they are so wealthy they can walk from the north of Spain to the south without taking a step off their own property. Whether that’s true or not, their Madrid residence - built between 1767 and 1785 on the orders of the third Duke of Berwick and Liria, Jacobo Fitz-James Stuart y Colón, whose descendants also became Dukes of Alba - sure is a sight to behold. The Palacio di Liria was designed by Ventura Rodríguez in Neo-Classical style. Sadly, all but the facades were destroyed by fire during the Spanish Civil War in 1936. Luckily for all castleholics out there, the palace was later rebuilt according to original plans with modifications by Sir Edwin Lutyens. These days, it houses an immensely impressive privately owned art collection featuring great masters such as Goya, Velázquez, Murillo, Zurbarán, El Greco, Ribera, Rubens, Titian, Palma Vecchio, Brueghel the Elder, Madrazo and Winterhalter. Unfortunately you are not allowed to take pictures of the interior, so I much recommend going there and discover it all for yourself. 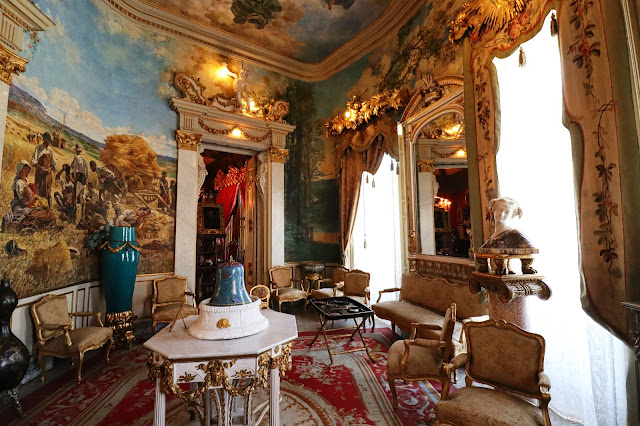 Palacio del Marqués de Cerralbo
The Palacio del Marqués de Cerralbo, today better known as the Museo Cerralbo, was already conceived as a family home as well as a museum to exhibit art and other collectables. It houses the art and historical object collections of Enrique de Aguilera y Gamboa, Marquis of Cerralbo, who died in 1922 and bequeathed all of them to the Spanish state. Architecturally speaking, the Palacio del Marqués de Cerralbo combines Neo-Baroque, Rococo and Neo-Classical elements. It both shows the lives of an aristocratic family during the late 19th century as well as the 18th Marquis of Cerralbo penchant for collecting all things beautiful from Old Masters to decorative arts and numismatics. It's one of those places that can feel a little overwhelming because there is so much to see - after all the Marquis' collection compromised of about 50,000 objects - in a comparatively small space, but it is an utterly fascinating glimpse into another era. 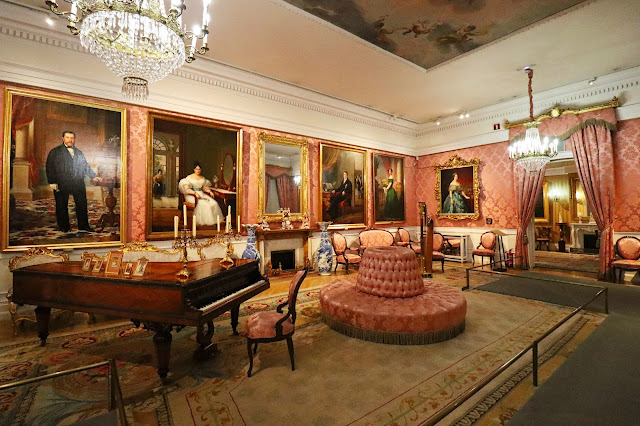 Palacio del Marqués de Matallana
Built in the second half of the 18th century for Rodrigo de Torres y Morales, 1st Marquis of Matallana, by Manuel Martín Rodríguez, the cousin and student of the aforementioned Ventry, the Palacio del Marqués de Matallana today houses the Museo del Romanticismo. During the 1920's it was conceived as the museum it is today by Benigno de la Vega-Inclán y Flaquer, 11th Marquis de la Vega-Inclán, and has remained so until today. It is the smallest and - truth be told - the least impressive of today's palaces and/or museums, but still features a number of interesting artworks.
Not enough palaces for you? Also check out the royal sights Madrid has to offer such as the Palacio Real, the Palacio Real de Aranjuez and the Real Sitio San Lorenzo de El Escorial.
Alba Cerralbo Fitz-James Stuart Madrid Matallana Spain 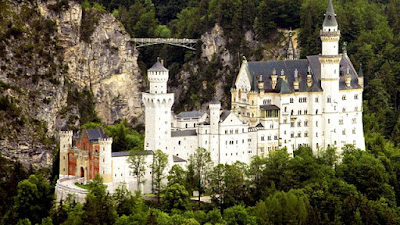