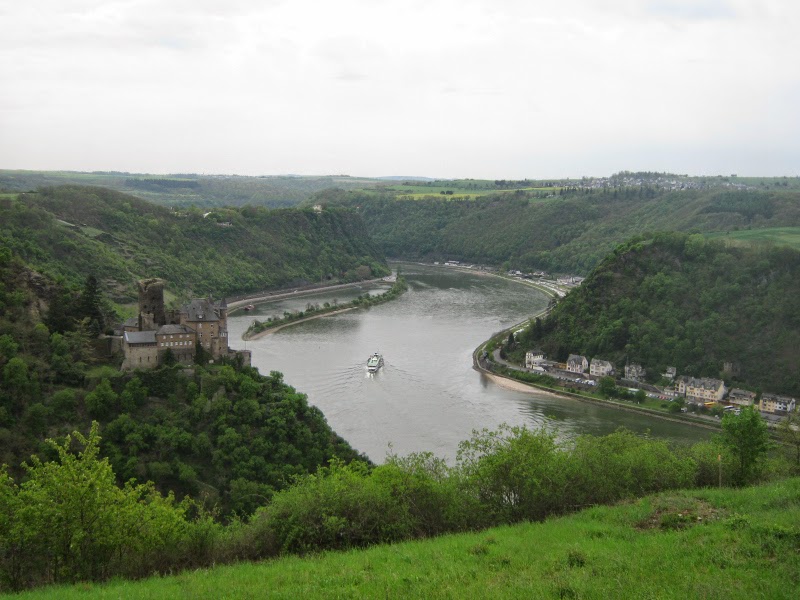 Not only for castle lovers, the Upper Middle Rhine Valley probably is one of Germany's most beautiful stretches. In 2002, the Rhine Gorge was made a UNESCO World Heritage Site due to a unique combination of geological, historical, cultural and industrial reasons. Over a distance of only 65 kilometres between the towns of Koblenz and Bingen, some 40 castles and fortresses are located on the hills above the Rhine River, one of them being the Burg Katz near the town of St. Goarshausen in Rhineland-Palatinate.

Katz castle, located close to the legendary Loreley rock which marks the narrowest part of the Rhine River between Switzerland and the North Sea, owes is existence to the Count Wilhelm II of Katzenelnbogen. Built between 1360 and 1371, the castle was originally known as Burg Neukatzenelnbogen, which roughly translates to "new cat's elbow". However, it was soon colloquially called Katz (cat) castle in opposition to the nearby Burg Maus (mouse castle) owned by the Electorate of Trier. 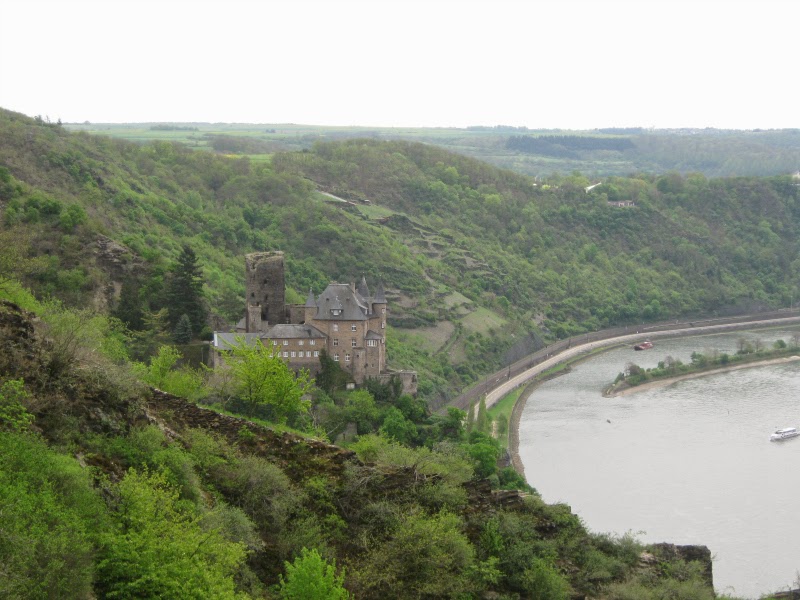 When the Counts of Katzenelnbogen died out in 1479, their County including Burg Katz came into the possession of the landgrave family of Hesse. In the following centuries, the castle became a bone of contention between Darmstadt and Kassel lines of the family. Thus Burg Katz was besieged and partly destroyed in both 1626 and 1647. During the years of dispute, the castle's fortifications and gun emplacements were extensively expanded.

The following decades became mainly shaped by the French as Burg Katz was once again heavily damaged in 1692 when the troops of the Sun King, Louis XIV of France, besieged the Burg Rheinfels located on the opposite side of the Rhine. During the Seven Years' War, the French carried the castle in 1758 and kept it until 1763. In 1806, Emperor Napoléon had the Burg blown up. The ruins of the castle came into the possession of the Duchy of Nassau - it's interesting to note that both King Willem Alexander of the Netherlands and Grand Duke Henri of Luxembourg carry the title of Counts of Katzenelnbogen - before it went through the hands of various private people during the course of the 18th century. 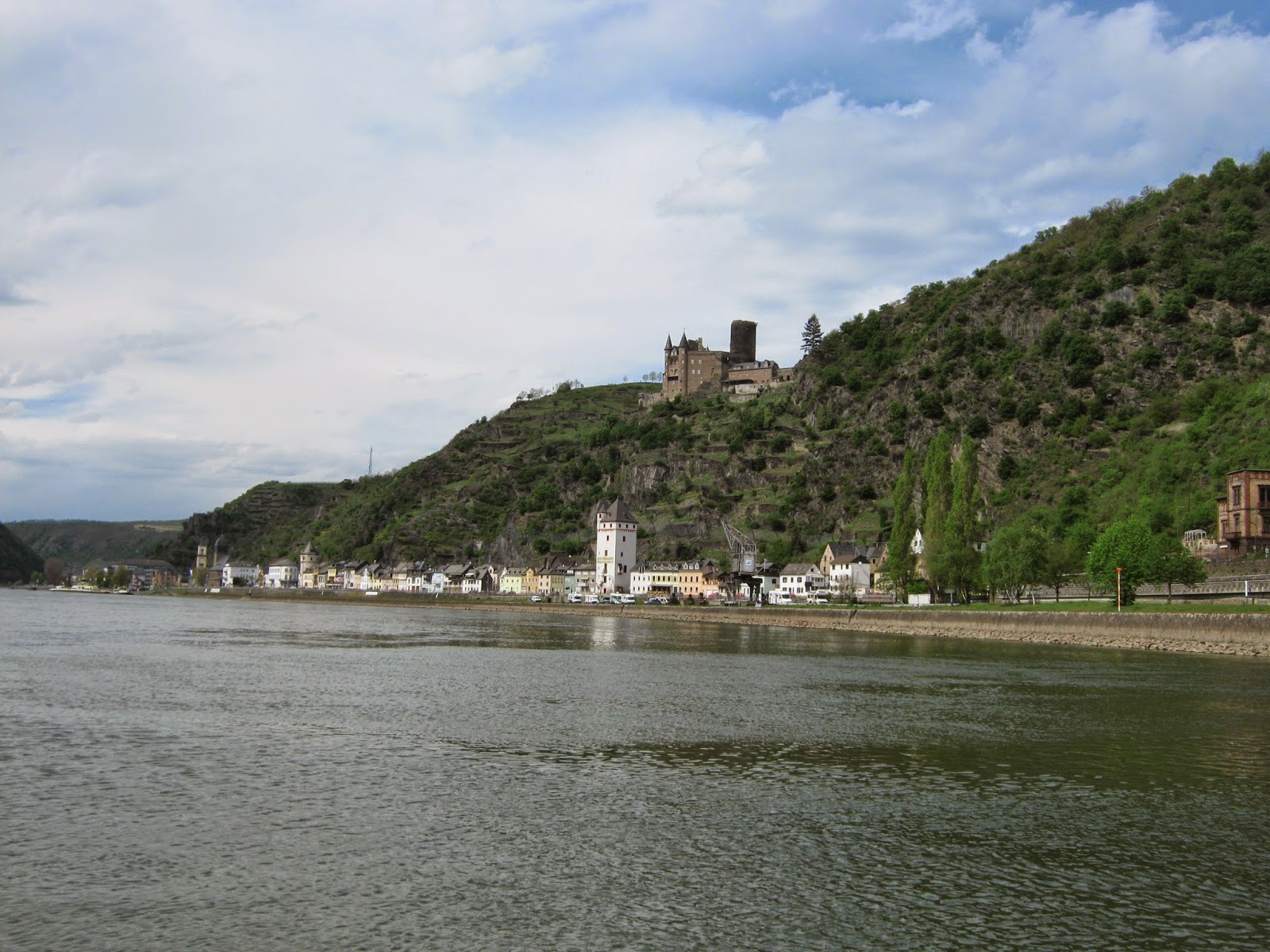 In 1896, the district chief administrative of St. Goarshausen, Ferdiand Burg, bought the ruins of Burg Katz and had them rebuilt in contemporary style based on medieval inspirations by a Cologne-based architectural firm. Only the originally forty metres tall Bergfried tower as well as parts of the shield wall and the outer ward remain truly medieval. Berg's family sold the castle in 1928.

Eight years later, the Nazi's Reichsarbeitsdienst labour service came into the possession of the castle and opened an educational home there. After the end of the Second World War, the newly established Federal Republic of Germany became the Burg's new owner and it soon became a school as the schools in St. Goarshausen had all been destroyed during the war. During the 1960's the school moved out and the castle subsequently became a recreation home of the relief services of the federal finance administration. In 1989, Japanese management consultant Satoshi Kosugi bought the castle for the sum of 4.3 million Deutsche Mark. His original plan to convert it into a hotel for his fellow countrymen was never carried out and Burg Katz remains in private possession until today.

Good to know:
Burg Katz is privately owned and unfortunately not open to the public. However, the Upper Middle Rhine Valley is definetely worth a visit for everone interested in history, culture, nature or basically anything. If you happen to visit St. Goarshausen on the foot of the Loreley rock, it will be hard to miss the 'cat' castle.
Closed Germany Hesse (family) Katzenelnbogen Nassau Non-noble Rhein-Lahn Rhineland-Palatinate