Pantheon of the House of Bragança 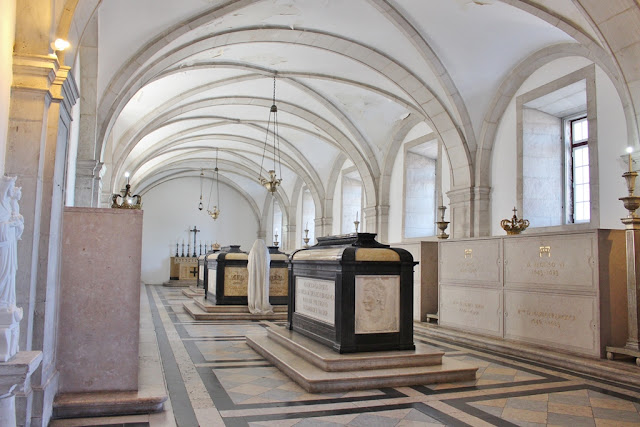 Burial places are weirdly fascinating, aren't they?! They express how a society mourns their dead and naturally you will find that royal resting places are usually in a class of their own showing the deceased monarchs in all their splendour. The Pantheon of the House of Bragança - or Panteão da Casa de Bragança in Portuguese - is the final resting place of dozens of members of the former royal family of Portugal and Brazil and actually astonishingly sombre. Light with lots of white marble - and a statue that freaked the hell out of me because I turned around and thought there was a massive person standing there. 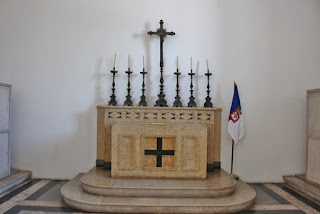 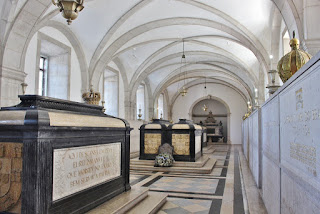 The Pantheon of the House of Bragança is part of the Monastery of São Vicente de Fora in Lisbon. It was in 1834, after the dissolution of religious in Portugal, that the monastery was transformed into a palace for the archbishops of Lisbon. About two decades later, in 1855, King Ferdinand II ordered for the old monastery's refectory to be turned into a burial place for his family. The members of the Bragança family had previously been laid to rest in a small annex to the church's main altar. After the pantheon was finished, Ferdinand had their remains transferred. 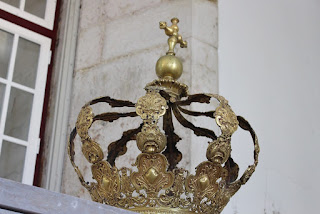 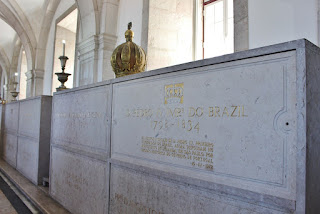 The majority of the tombs are located on the sides of the pantheon. The simple marble boxes provide spaces for four tombs. The tombs of the monarchs are embellished with a crown engraved in gold on the side of the tomb and a crown placed on top of the entire set of tombs. There are also a number of tombs located in the centre aisle: They belong to King Carlos I of Portugal and his son and heir Luís Filipe, Prince Royal of Portugal - both of them assassinated by members of a revolutionary society in 1908 - as well as Manuel II of Portugal and his wife Amélie, the last King and Queen of Portugal. 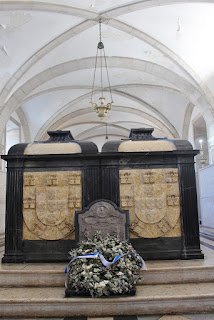 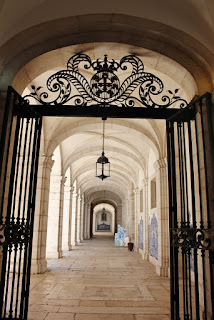 In addition to 24 monarchs and consorts of Portugal and Brazil, 35 princes and infantes are buried at the Monastery of São Vicente de Fora. A few noble also found their final resting place at the pantheon: In the corridor the tombs of the Duke and Duchess of Terceira and that of the Duke of Saldanha are located, by special royal permission. At other points in time, Emperor Pedro II of Brazil and Princess Maria Amélia of Brazil, daughter of Pedro IV, were also buried at the pantheon prior to their bodies being brought to Brazil. On a more unusual note: King Carol II of Romania and Magda Lupescu were buried in the pantheon before their return to Romania.

Good to know:
The São Vicente de Fora Church and Monastery are a bit out of the beaten tourist path of Lisbon. It has some of the most beautifully azulejo-adorned cloistered courtyard and the sacristy is to die for. Admission is about 5 euros if I recall correctly. The monastery if open to visitors between 9am and 6pm.
Bragança Church Lisbon Region Portugal