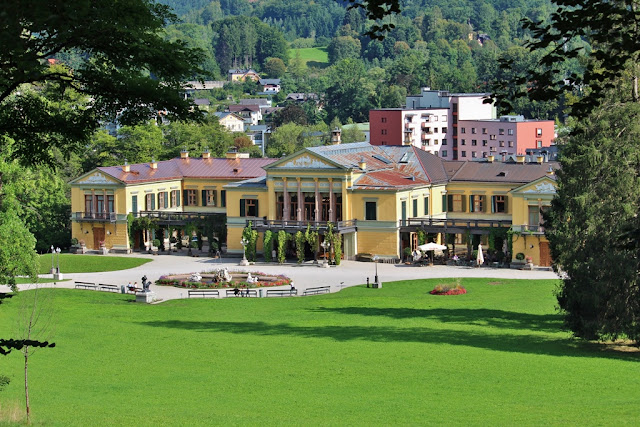 "Earthly heaven" - that's how Emperor Franz Joseph I of Austria described his summer holidays in Bad Ischl. His own fate was inevitably connected the small spa town in the Austrian Salt Chamber region (Salzkammergut). After having suffered five miscarriages during the first few years of her marriage, his mother, Archduchess Sophie, went to Bad Ischl to drink the waters who were thought to increase fertility. She bore five sons who were thus sometimes nicknamed "the salt princes". It was also in Bad Ischl that the Emperor fell in love with his cousin and future wife Elisabeth, better known as Sisi. The couple spent almost every following summer at their home in the Salzkammergut: The Kaiservilla in Bad Ischl.

The large mansion was gifted to the couple as a wedding present by the Emperor's mother. In 1853 after their engagement, Archduchess Sophie had purchased it from physician Eduard Mastalier. He, in turn, had bought it from a notary called Josef August Eltz, who had built the Biedermeier-style building in 1834. Prior to gifting in to her son and his wife-to-be, Archduchess Sophie made several changes to the interior of the "Imperial Villa" as to fit the lifestyle of an Emperor. In July 1854, three months after their wedding, Franz Joseph and Elisabeth firstly moved into the villa. While some of their staff still had to sleep in the city and the kitchen wasn't yet finished so the couple had to dine at the home of the Emperor's parents, they still welcomed their first royal guest at their summer residence on August 23: The King of Portugal. Many followed. 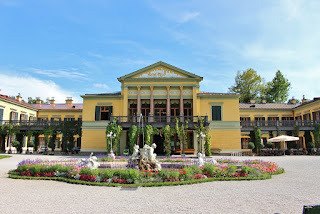 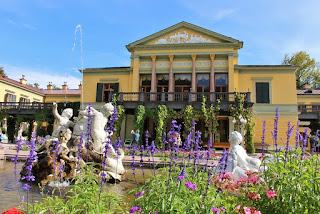 After Franz Joseph and Elisabeth became the owners of the villa, it was altered and expanded in a Neoclassical style by Antonio Legrenzi. Two additional wings were constructed, giving the building the overall shape of an "E". The construction works lasted five years and for one summer during those years, the Emperor and Empress actually rented another home in Bad Ischl for their summer holidays. After Legrenzi died in 1848, Franz Rauch became the new architect to oversee the works on the villa. Throughout Emperor Franz Joseph's life, several changes were made to the villa and the surrounding area. More grounds were purchased, a small cottage was built for the Empress Elisabeth, and in 1879 telephone lines and in 1890 electricity were installed.

It was at Bad Ischl were both Franz Joseph and Elisabeth enjoyed spending time. Sisi, who otherwise despised her life as an Empress, felt reminded of her childhood at Schloss Possenhofen in Bavaria, and could go hiking and riding as much as she liked. The Emperor also indulged in his passion: Hunting, as proven by some 2,000 antlers hanging on the walls of the Kaiservilla. Unfortunately you aren't allowed to take pictures of the interior though it is surprisingly large - while it seems to be rather small from the outside - with many personal touches. 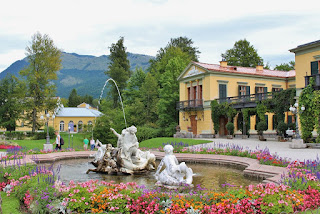 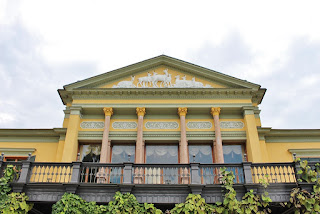 The Kaiservilla was inherited after the Emperor's death by his youngest daughter Archduchess Marie-Valerie, who was married to a distant Habsburg cousin. The Habsburg family in general lost all their Austrian possessions based on the 'Law concerning the Expulsion and the Takeover of the Assets of the House Habsburg-Lorraine'. As Archduchess Marie-Valerie didn't have any rights to succeed to the throne herself and her husband was very far down the line of succession, they decided to sign a paper waiving any rights. Thus the Imperial Villa stayed in their hands. Today it is - to the best of my knowledge - the only Habsburg palace open to the public actually owned by descendants of the family.

Bad Ischl in general is pretty keen on their imperial past. After all, had the imperial family not chosen this small spa town, it would just be one of many in the Salt Chamber region. Now it is one of its main attractions. Just a few days ago, on August 18, the town celebrated what would have been Emperor Franz Joseph's 187th birthday in grand style. I visited two days prior and the town was already booming (and parking spots pretty hard to come by). When you visit the Kaiservilla, make sure to also stroll through the town to admire it's lovely buildings.

Good to know:
The Kaiservilla is open all year round; daily between April and October, between January and March, on Wednesdays, with specific opening dates in November and December. Admission into the Kaiservilla and its surrounding park is 14,50 euros per adult. You can only visit with a guided tour. For more information, have a look here.
Austria Habsburg Open Upper Austria