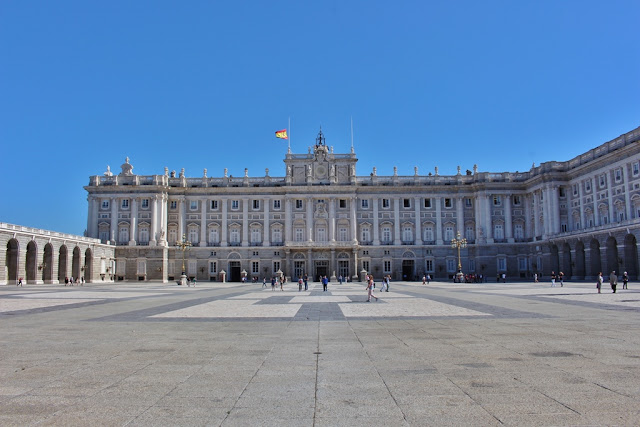 The Palacio Real de Madrid stands on the site of the former Royal Alcázar of the Spanish capital, a fortress dating from the Muslim rule of the Iberian peninsula turned palace. Already in 1561, the Alcázar was named the official residence of the Spanish monarchy. About two centuries later, on Christmas Eve 1734, the Alcázar was destroyed by a fire that originated in the rooms of the French painter Jean Ranc. Curious fact: It took a while until the fire was fought as the warning bells were mistaken for the call to mass. During the fire several works of art and other valuables were forever lost. Among the ones saved was one of the most famous Spanish paintings: Las Meninas by Diego Velázquez. 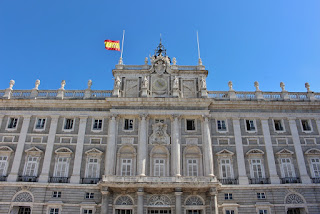 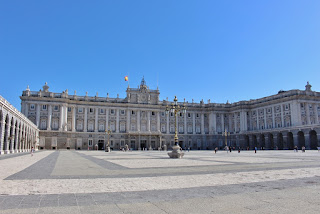 King Felipe V almost immediately decided to commission a new palace on the site. He called on Filippo Juvarra for the job. The Italian architect drew up lavish plans of enormous proportion, which were inspired by Bernini's plans for Versailles. Juvarra, however, died in March of 1736 and so his plans were never carried out. Instead, his pupil Giambattista Sacchetti made various changes to the project. 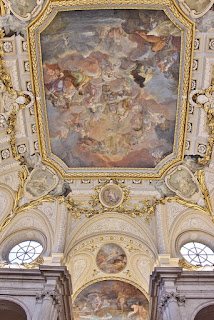 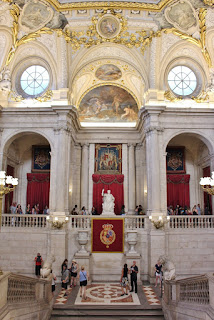 The first stone of the new palace was laid in 1738. For the reconstruction of the Baroque-style Palacio no wood was used to save it from future fire damage. Counting around 3,500 rooms, it is said to be the biggest royal palace in the whole of Europe by floor area. While the building was completed in 1751, sculptural decoration of the grounds and "external works" continued until 1759, under the watchful eye of Sacchetti. His work, however, was constantly redrafted and significantly altered by Francesco Sabatini, the architect of King Carlos III who was the first king to live in the Palacio Real, installing his court there in 1764. 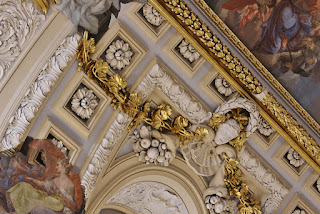 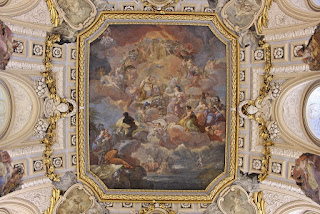 Neoclassical architect Sabatini was commissioned by Carlos III to further enlarge the building. The idea was to frame the Plaza de la Armería, the square in front of the main entrance of the palace, with a series of galleries and arcades which would accommodate the various dependencies and the construction of two wings around the same square. Only the extension of the southeast tower known as la de San Gil was completed. Sabatini also planned additions to the northern side of the palace though they were never carried out further than the foundations, which were demolished in the 20th century and replaced by the Sabatini Gardens. 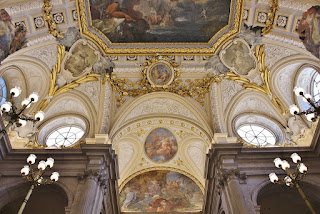 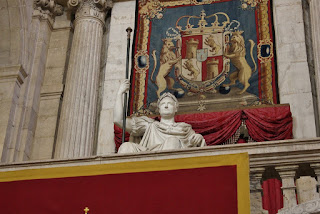 Meanwhile, the interior of the palace was decorated by painters such as court painter Corrado Giaquinto,  Venetian Giambattista Tiepolo and  Italian-trained German Antonio Rafael Mengs. For the interior decoration, rich materials including spanish marble, stucco, mahogany doors and windows and important works of art were used. Unfortunately for all castle lovers, Giaquinto's fresco above the main staircase is the only one you are allowed to take pictures of as photography in the rest of the palace is forbidden. 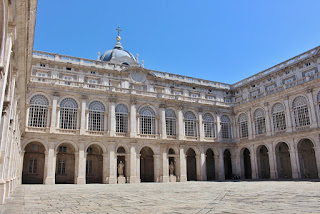 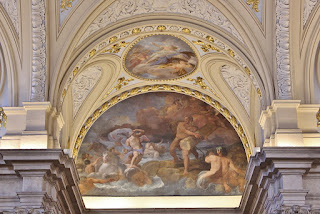 As with any royal palace, the decoration of the Palacio Real de Madrid has been changing over time according to the different artistic styles of the moment. King Ferdinand VII, who spent many years imprisoned by Napoléon at the Château de Valençay, began the most thorough renovation of the palace in the 19th century. He wished to turn the old-fashioned Italian-style building into a modern French-style palace. His grandson King Alfonso XII, in turn, proposed to turn several rooms of the palace into a Victorian-style residence. Fun fact: While this isn't the first current royal residence I have visited, it was the first time I noticed that this was a "living" and changing royal palace. The Hall of Columns is the very place the treaty for Spain's acceptance into the European Union was signed in 1985 - and there is a large stone plaque inlaid in one of the walls to commemorate it.

Good to know:
The Palacio Real de Madrid is open from 10am to 8pm in the summer (April to September) and closes two hours earlier during the rest of the year. There are a number of public holidays on which the palace is closed. The tour of the palace's interior takes about 45 minutes and it is recommended to buy the admission ticket in advance to jump the queue. Audio guides are available. You can also download an App in advance, which will save you a few euros. Basic admission is 11 euros. For more information, have a look here.
Borbón Habsburg Madrid Open Spain