We have covered plenty of Prussian palaces here on Confessions of a Castleholic, we even have a post on how many Prussian palaces you can see in a day. (It's five, in case you wondered.) But today, we are going to have a look at two pretty unknown palaces of the Hohenzollern family that once ruled as German Emperors: Schloss Paretz and Schloss Caputh. Never heard of them? Don't worry, neither had I before I moved to Berlin and got myself an annual ticket to the Prussian palaces surrounding the German capital. The fact that we know fairly little about them probably has as much to do with their location as well as their less ornate decoration. 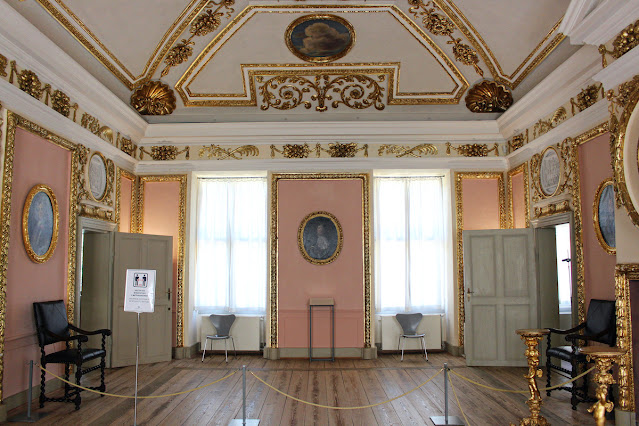 Schloss Caputh
"Less ornate?", you may ask. "But that's a Baroque palace!" And right you are. But as it is an early example of Baroque architecture in this region, Schloss Caputh may not compare to the more lavishly decorated Rococo palaces of nearby Park Sanssouci in many peoples eyes. The palace located on a lake outside of Potsdam does have a unique selling point though: It is the oldest pleasure palace in the area to have survived from the time of Friedrich Wilhelm of Brandenburg, known as the Great Elector. It was actually his great-grandmother, Katharina of Brandenburg, who first purchased the estate in the late 16th century and built a manor house there. It was sold to a nobleman following massive damage sustained during the Thirty Years' War.
A couple of years later, in 1671, Elector Friedrich Wilhelm exchanged an estate in the Nemunas Delta in then East Prussia for the estate near Potsdam and gifted it, as one does, to his second wife née Dorothea Sophie of Schleswig-Holstein-Sonderburg-Glücksburg. Electress Dorothea had the small manor house greatly expanded into a three-winged palace and beautified the interior in early Baroque style. After the death of the Great Elector in 1688, Schloss Caputh became Dorothea's favoured widow's seat. After her own death a year later, her step-son, the future King Friedrich I in Prussia, purchased the palace from his half-siblings and in turn gifted it to his own wife.
Because one Baroque palace was apparently enough for this Queen, Sophie Charlotte returned the gift to her husband once construction plans for Schloss Charlottenburg took shape. Afterwards, Schloss Caputh became a favourite place of residence for King Friedrich I himself, who used it as a hunting lodge and maison de plaisance. His son and successor, the ever-frugal Friedrich Wilhelm I, also used it to go hunting, before his son, Friedrich II (a. k. a. "the Great), first rented it out before it was sold. During the 19th and 20th it passed through the hands of various noble families before it was used as a school during the times of the German Democratic Republic. For a good 25 years now, it has been open to the public offering glimpses into early-Baroque court life. 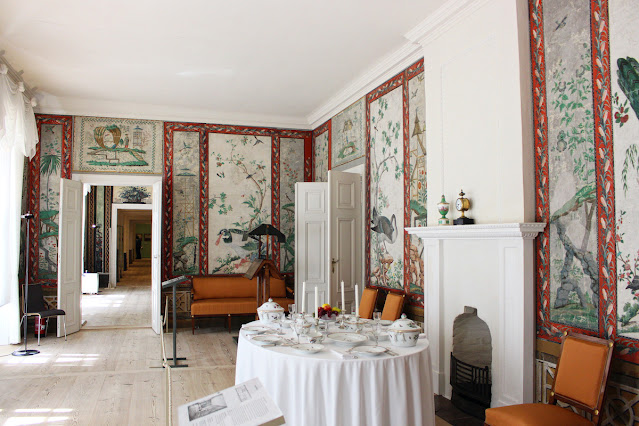 Schloss Paretz
Located yet further outside of Potsdam in the Havelland region of Brandenburg lies Schloss Paretz and offers an insight into a very different era of royal life. The palace is the Neo-Classical summer residence of the future King Friedrich Wilhelm III and Queen Luise. The couple famously tried to live a very non-traditional almost bourgeois life far away from the stuffy court rules of previous generations. Luise, who died young, later became a myth and it was partly at Paretz where this myth was born. (And as nearly any German myth, the one of Luise has also been appropriated by the Nazis - but that's another story for another day.)
Schloss Paretz - and the surrounding village - was built by David Gilly for the then Crown Prince and Crown Princess of Prussia between 1797 and 1804. At the time, it was supposed to be a model estate for the whole region. The painted and printed wallpapers in the royal living quarters were considered spectacular at the time and soon became widely famous. The reason much of it remains unchanged is that the children of Friedrich Wilhelm III and Luise decided to keep it in its original state in memory of their parents. A wish respected by future generations of Hohenzollern. These days it still feels like a cozy - albeit very large - family home and probably the Prussian palace you would most likely want to move into if given the choice.
The palace remained in the hands of the Hohenzollern dynasty until 1945, the last royal owner being Prince Waldemar of Prussia. As with practically all palaces in what became East Germany, Schloss Paretz had a very varied history of use during the following decades until 1990. First it became home to the Red Army, then refugees and finally it was used as a school before it became an administration building. During the late 1990's the state purchased Schloss Paretz and reopened it as a museum during the early 2000's. Most of the art-historically important paper wallpapers in the style of Zuber et Cie had luckily been preserved. Employees of the Potsdam palaces salvaged them in 1947 and stored them in the warehouses of the Neues Palais in Potsdam. However, their condition had greatly deteriorated in the following decades and thus they were not suitable to reassemble and exhibit them. In a large-scale restoration project, it took three years to restore and reproduce them to be shown once again.
Brandenburg Germany Havelland Hohenzollern Potsdam Prussia Rochow