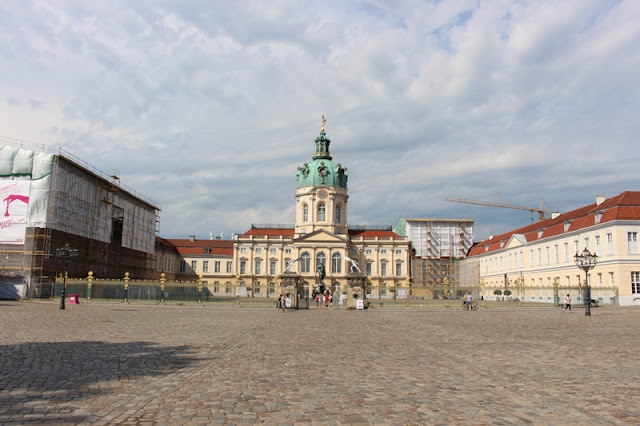 For being the capital of what once was one of the most influential European monarchies, Berlin has surprisingly few castles and palaces to boast. One of those it can proudly show is Schloss Charlottenburg featuring both Baroque and Roccoco-styles, built at the end of the 17th and greatly expanded during the following century. 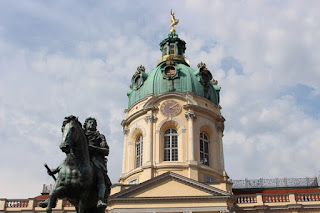 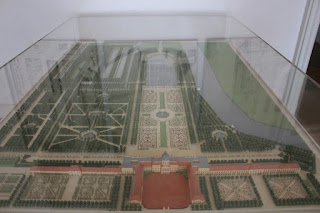 In 1695, Elector Friedrich III of Brandenburg, the future King Friedrich I in Prussia, gifted the village of Lietzow to his wife of twelve years née Princess Sophie Charlotte of Hanover after she had returned her country house Schloss Caputh to him the previous year. A year later, Sophie Charlotte commissioned Johann Arnold Nering to draw up plans for a summer residence. As Nering died soon after, Martin Grünberg took over the realisation of the plans, which were later completed by Andreas Schlüter. At the time known as "Lietzenburg", the palace consisted of only one wing with two and a half storeys. The inauguration of Schloss Lietzenburg was celebrated on July 11, 1699, the 42nd birthday of Elector Friedrich III. He, however, did not spent much time at the palace as it was his wife's property and their marriage not one full of love. 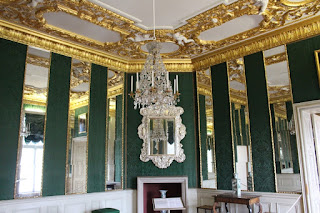 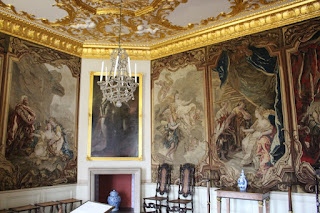 Two years after the inauguration of Lietzenburg palace, Elector Friedrich crowned himself King in Prussia and Sophie Charlotte became his Queen. Architect Johann Friedrich Eosander von Göthe was soon commissioned to extend the Schloss to represent the couple's new status. And so two side wings were added to enclose a large courtyard and the main palace was extended on both sides. 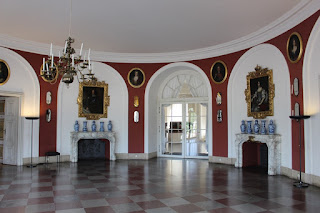 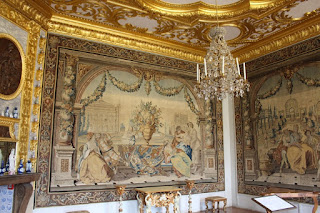 Only a few years later in 1705, Sophie Charlotte died at the age of 37 and Friedrich had the palace and its surrounding estates renamed "Charlottenburg" in her honour. In the following years, the orangery was built on the west of Schloss Charlottenburg and the central area was extended with a large domed tower and a larger vestibule. On top of the dome, you can find a wind vane in the form of a gilded statue representing Fortune, which was designed by Andreas Heidt. 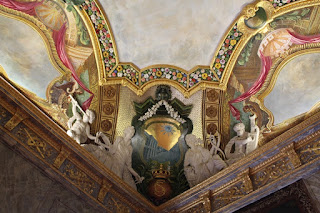 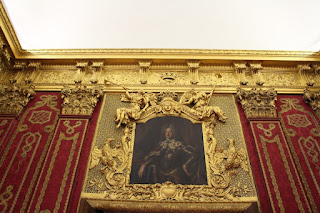 Schloss Charlottenburg was once supposed to be the original home of the still legendary Amber Room, or Bernsteinzimmer in German, which was once described as "the eighth wonder of the world". Designed by Andreas Schlüter, the construction was carried out by the Danish amber craftsman Gottfried Wolfram with help from Ernst Schacht and Gottfried Turau of Danzig. It was Sophie Charlotte who had commissioned the Amber Room in 1701 but after her death, the panels were never installed at Charlottenburg but instead at the Berliner Stadtschloss, the city palace. In 1716, Friedrich Wilhelm I, son of Friedrich and Sophie Charlotte, gifted the Amber Room to Tsar Peter the Great as a present. The Russian tsar had it installed at his summer residence, the Catherine Palace of Tsarskoye Selo near Saint Petersburg, were it remained for more than 200 years. During the Second World War, German troops looted the room and brought it to Königsberg, today known as Kaliningrad. There traces of the magnificent room were lost during the last weeks of World War II. 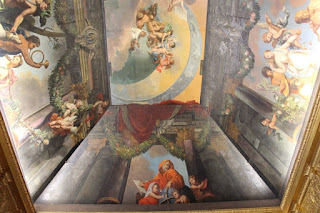 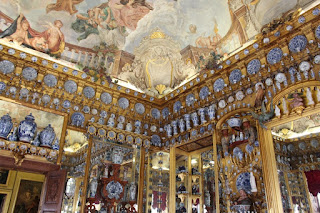 But back to the story of Schloss Charlottenburg: When Friedrich I died in 1713, he was succeeded by his son, Friedrich Wilhelm I, whose building plans were less ambitious, although he did ensure that the building was properly maintained. In 1740, Friedrich Wilhelm's son, Friedrich II, known as "the Great", came to the throne and building was resumed. In addition to stables, work on the east wing began. The building of the new wing was supervised by Georg Wenzeslaus von Knobelsdorff, who largely followed Eosander's design ideas. While the decoration of the exterior was relatively simple, the interior furnishings were lavish. It was intended that the ground floor should be used by Friedrich's wife, Elisabeth Christine, who, however, was only an occasional visitor as she preferred Schloss Schönhausen. The decoration of the upper floor - used by Friedrich himself - was mainly designed by Johann August Nahl and included the White Hall, the Banqueting Hall, the Throne Room and the Golden Gallery. 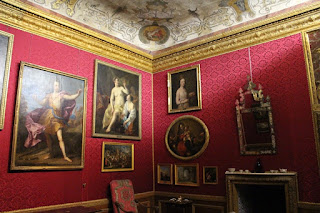 In 1747, a second apartment for the King, who had made Charlottenburg his home the year he ascended to the throne, was build in the distant eastern part of the wing. During this time, however, Schloss Sanssouci was being erected in nearby Potsdam. If you know anything about Prussian palaces, you will know that Sanssouci was Friedrich's favourite and so once it was completed, he only visited Schloss Charlottenburg very rarely, only for family gatherings. In 1786, Friedrich was succeeded by his nephew, Friedrich Wilhelm II, who transformed five rooms on the ground floor of the east wing into his summer residence and part of the upper floor into Winter Chambers. He, however, did not live long enough to make use of them. 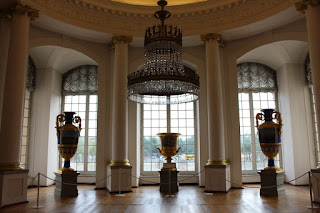 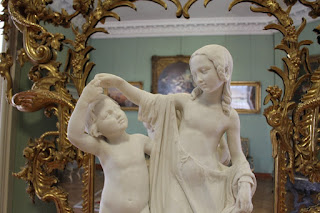 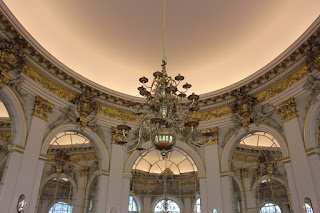 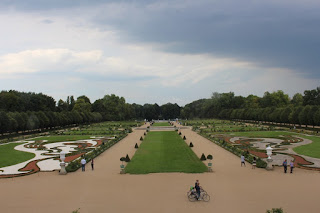 During the night of November 23, 1943 was badly damaged when bombs destroyed parts of it. Thanks to the efforts of Margarete Kühn, the Director of the State Palaces and Gardens, and probably also thanks to the fact that Schloss Charlottenburg was located in Berlin's western sectors, it was decided that it would be rebuilt to its former condition. From 2004 till early 2006, Schloss Charlottenburg was once again home to a head of state, the President of Germany made it his seat whilst his usual residence, Schloss Bellevue, was being renovated. 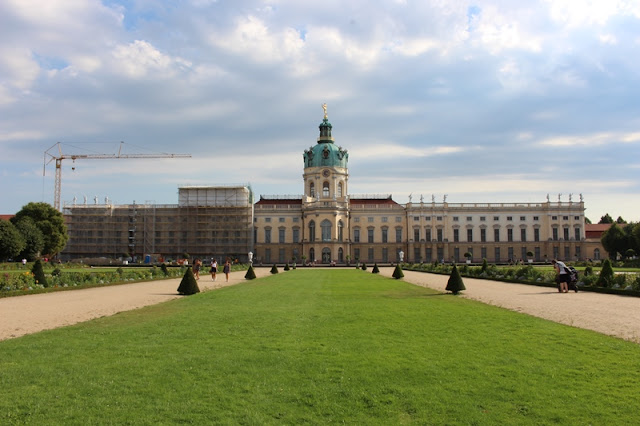 Good to know:
Schloss Charlottenburg is open to the general public from April to October, Tuesdays to Sundays from 10am to 6pm, and from November to March, Tuesdays to Sundays from 10am to 5pm with the exceptions of Christmas Eve, the first and second day of Christmas, New Year's Eve and New Year's Day. Admission depends on what you want to see of the palace and its adjoining buildings. The crown and silver treasuries are currently closed. More information is available here.
Berlin Germany Hohenzollern Open Park Prussia