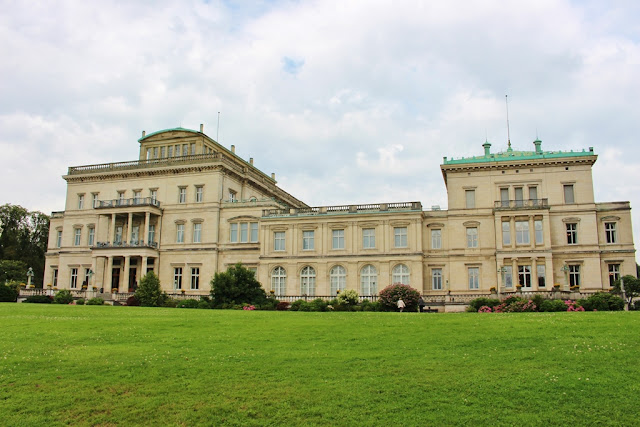 While not technically a noble home when it first started out, the Villa Hügel is a castle in all but name. While Germany's Ruhr region may be more famous for its blast furnaces and shaft towers, the former home of the Krupp family is every bit a reminder of the area's industrial heritage. The mansion overlooking Lake Baldeney in the city of Essen was built in the glory days of the steel dynasty. The Krupps were once one of the world's richest families and their marriages were arranged by no other than the Kaiser himself. 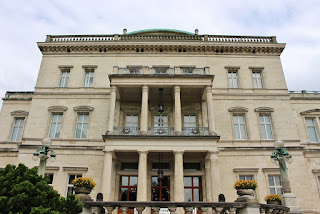 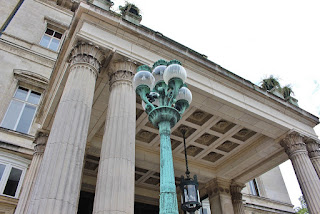 It was the year 1864 when Alfred Krupp bought the 28-hectare park the Villa Hügel is situated in. The task to find an architect to carry out his ideas for a house, however, wasn't an easy one. After various preparations the search for an architect intensified in the spring of 1869. Alfred Krupp had very specific ideas about his house. Even though hardly imaginable when looking at the mansion today, it was originally built with non-flammable materials such as stone, steel and glass as Krupp was afraid of a possible fire. About a year later, he finally settled on Eduard Schwarz. 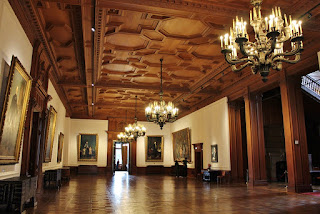 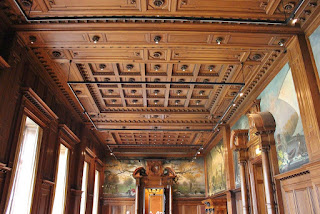 Schwarz's task wasn't an easy one though. He was obliged to finish the building's shell construction until October of 1870, but the Franco-German war got in the way. However, not only war interrupted the construction. The Ruhr area is notoriously famous for thousands of shafts running through the grounds - and the grounds of the Villa Hügel were no different. Towards the end of the year, parts of the mansion sank and an oriel was separated from the building. After a few more quarrels, Schwarz was fired from his position in early 1872. He was followed by architect Julius Rasch. Despite Alfred Krupp also not being very happy with his work and consultations with various other architects, it was Rasch who finished the Villa. The Krupps were able to move into their new home in on January 10, 1873, one and a half years later than originally planned. 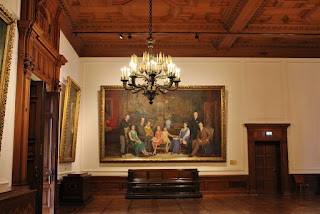 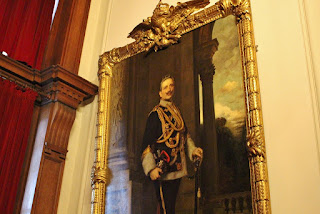 After Alfred's death his son and heir Friedrich Alfred and his wife Margarethe became the new owners of Villa Hügel. The couple were avid art collectors who laid the foundation for the family's extensive collection. As the Krupps were more or less newly rich and didn't have a noble background most of the nobility avoided visiting their home during the early years. This changed when Wilhelm II ascended to the throne in 1888. Until the beginning of World War I, the technophiliac Kaiser visited the Villa in Essen eleven times. He even had his own rooms there. By 1902, no less than 570 people worked in and around the Villa Hügel to take care of the family's needs. 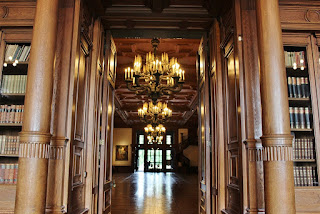 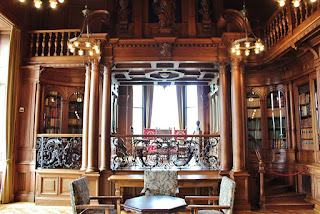 It was also the German Emperor who set up the match between Bertha Krupp, older daughter and heiress of Friedrich Alfred, to Gustav von Bohlen und Halbach, a young nobleman and diplomat. The celebrations lasted five days, among the guests: the Kaiser. While Bertha remained the owner of the company, her new husband took over the running. By a special law introduced by the Kaiser, he was allowed to add his wife's name to his own: Krupp von Bohlen und Halbach. (An interesting sidenote: Only the member of the family who ran the company was allowed to carry this name, everyone else was simply a 'von Bohlen und Halbach'.) 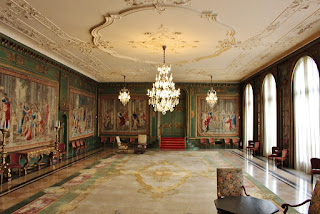 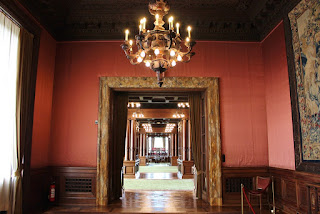 Many of the changes made to the interior of Villa Hügel were carried out during the early years of Bertha'S, who had inherited the mansion in 1902 at the age of 16, and Gustav's marriage. The couple had eight children. While not many changes were made during the 1920's and 1930's, the years still had a fateful impact on the Villa. Like they had during World War I, the weapons and steel produced by the Krupps played a major role during World War II. Adolf Hitler visited three time until 1940 and one of his best-known quotes includes the family's name, "A German boy must be lean and mean, quick like a greyhound, tough as leather, and hard as Krupp steel." 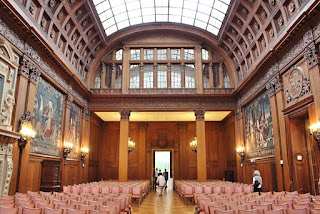 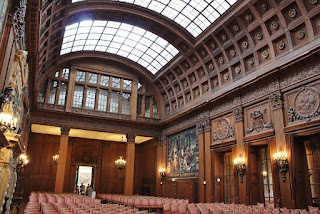 While much of Essen was destroyed towards the end of WWII, the Villa Hügel escaped almost unscathed. After the victory of the Allied Forces, the mansion became home of the Allied Control Commission. Alfried Krupp von Bohlen und Halbach, oldest son of Bertha and Gustav and sole heir, was convicted of crimes against humanity for the way he operated his factories in the Nuremburg Trials. After serving three years in prison, he was pardoned by the American High Commissioner for Germany. The forfeiture of property was reversed in 1952 and he again became the head of the steel company and owner of Villa Hügel. 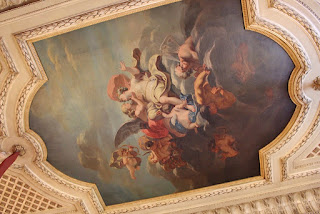 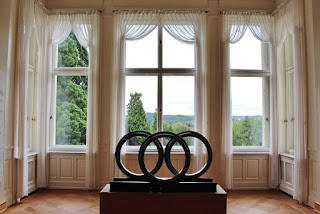 Alfried, however, much disliked the home of his childhood. He considered it as too big and cold. Understandably, after all there are no less than 269 rooms and it isn't the coziest of places! He intended to sell it for 1 Deutsche Mark to the city of Essen but his right hand man Berthold Beitz convinced him to instead open it to the public for events. Since 1953, the Villa Hügel has hosted concerts, fashion shows and about everything you can think of in terms of events. It also houses the offices of the Kulturstiftung Ruhr (Ruhr Cultural Foundation) as well as an art gallery and the historical archive of the Krupp family and company.

Good to know:
Now owned by the Alfried Krupp von Bohlen und Halbach Foundation, parts of the Villa Hügel are open to the general public from Tuesdays to Sundays from 10am to 6pm. There are a handful of rooms in the 'Great House' with their original furnishings as well as a museum about the history of the family and the company in the 'Small House'. Admission is 5 euros. For more information, have a look here.
Bohlen und Halbach Essen Germany North Rhine-Westphalia