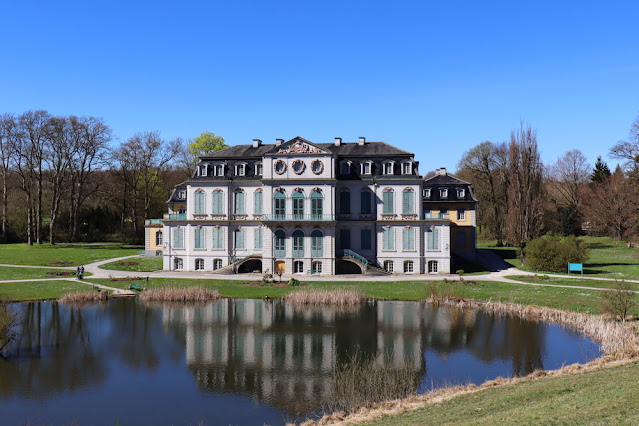 This is basically a live edition of Confessions of a Castleholic, I don't think I have ever shared a palace on here so quickly after visiting. But I fell in love - and I wanted to share that love. If you follow me on Instagram (note: you should as not to miss all the latest castle adventures), you already know that I paid a visit to Schloss Wilhelmsthal near Kassel over the weekend. And it is a stunning Rococo dream come true! Long time followers of this blog may recall me visiting Schloss Wilhelmshöhe once upon nearly a decade ago. Schloss Wilhelmsthal - Höhe literally means "hill" while Thal is "valley" - is only a stone's throw away but somehow I never knew about it. Probably that's what keeps me castle hunting for more than decade now: There's still so much more to discover yet. 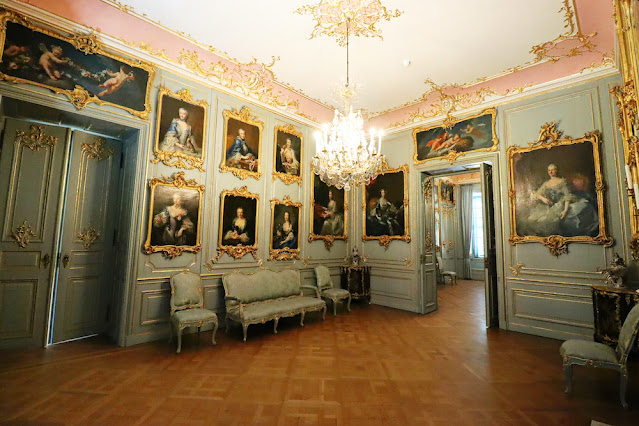 Schloss Wilhelmsthal, now a museum, was once owned by the Landgraves of Hesse-Kassel. The surrounding estate was purchased by Landgravine Amalie Elisabeth, widow of Landgrave Wilhelm V, in 1643. Henceforth, it was known as Amalienthal. Previously part of a Helmarshausen Abbey, it was a modest country residence though modest is by no means how you would describe it today. Today's Schloss Wilhelmsthal was built by Landgrave Wilhelm VII as a Maison de Plaisance and appropriately named for him. Construction started in 1743 and took a good 20 years until 1761. 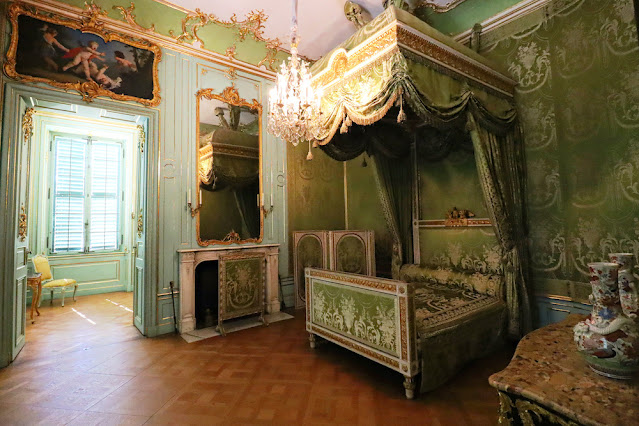 Wilhelm VII commissioned all the best architects to realise this dream of a palace. The original plans were drawn up by François de Cuvilliés who was perhaps the most influential Rococo architect of his time in the German-speaking nations. His other works include various buildings in and around Munich, including the Cuvilliés Theatre of the city's Residenz, as well as the UNESCO World Heritage Sites of Schloss Augustusburg and Schloss Falkenlust near Brühl. In 1756, Simon Louis du Ry took over the works; he actually went on to become a famous Neo-Classical architect. Some of the interior furnishings were designed by Johann August Nahl the Elder, whose other famous works include Schloss Sanssouci. 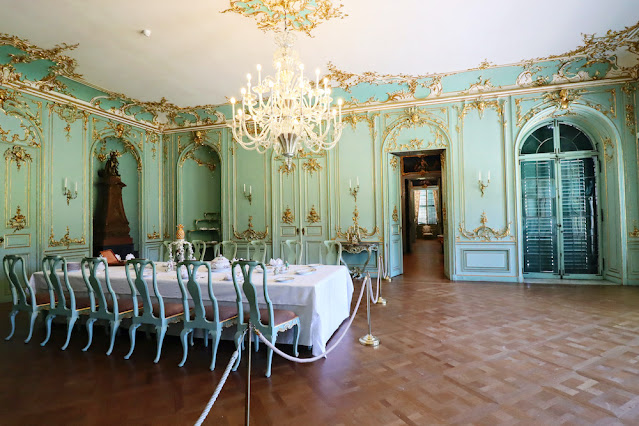 What I loved most about Schloss Wilhelmsthal? That it is so unapologetically Rococo. It doesn't hold back and it is in pristine shape. It's also all original as it is so far in the countryside that it was never destroyed. The interior is decorated with many 18th century French but also German pieces of furniture with some more recent addition originally from Schloss Wilhelmshöhe. One of the highlights of the Schloss is the Gallery of Beauties, one of the first rooms you enter and seen in the first interior shot of this post. The paintings were done by no other than Johann Heinrich Tischbein the Elder, one of the most renowned portrait painters of his day. 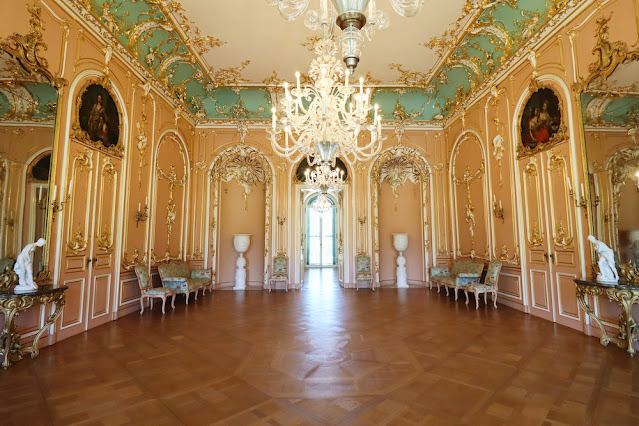 And speaking of highlights... The Hall of Muses certainly is another one. Located on the first floor, the five overdoor paintings - each in pairs - show Apollo with the nine muses. The walls and ceilings are decorated with additional allusions to music and dance. And so it is not hard to guess, that this apricot-coloured Rococo dream was once used for all sorts of festivities - and sometimes still is. The Hall of Muses is just one of the twenty or so rooms to discover at Schloss Wilhelmsthal, so a lot more than you might think when seeing the palace from the outside. Also make sure that in addition to the palace, you visit the surrounding lovely English-landscape garden. A special treat when the weather is as lovely as it was two days ago.
Germany Hesse (family) Hesse (state) Kassel