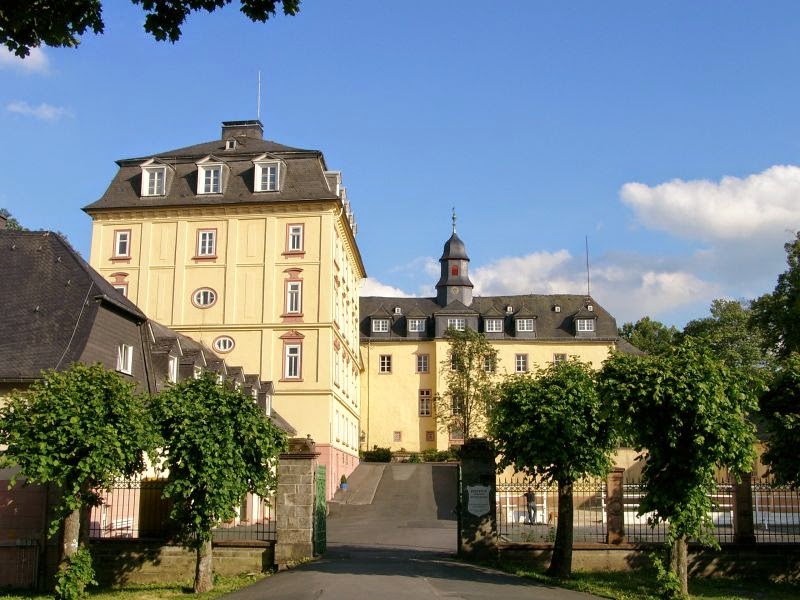 Firstly mentioned as Widenkindigstein in 1187, the origins of Schloss Wittgenstein located in the south-Westphalian town of Bad Laasphe were owned by the House of Battenberg who tried to secure their holdings on the upper Lahn river with the help of the castle. In 1190 Count Werner I of Battenberg and Wittgenstein signed a contract with the Archbishop of Mainz, Konrad I of Wittelsbach, to sell the castle to the Archbishopric though it was agreed that the castle would be given back to Count Werner as a fiefdom. However, the Archbishop failed to pay the whole sum of money promised to the count and so the castle remained in his family's hands though not for long. On September 2nd, 1223, Count Werner I's three sons, Werner II, Widekind I and Hermann, sold the castle to the new Archbishop of Mainz, Siegfried II of Eppstein. In turn the sons received Wittgenstein castle back as a fiefdom.

About 15 years later the historical House of Battenberg - which shouldn't be confused with the modern one created through the morganatic marriage of Prince Alexander of Hesse and by Rhine and Countess Julia Hauke - split in two branches, the Battenberg and the Wittgenstein lines. Wittgenstein castle was inherited by Count Widekind I's second son, Siegfried I, who subsequently became known as Count of Wittgenstein. When the Counts of Wittgenstein died out in male line in 1359, Schloss Wittgenstein was inherited by the oldest daughter of the last Count, Countess Adelheid, whose marriage to Count Salentin of Sayn-Homburg had created the House of Sayn-Wittgenstein. (You might recall that exactly the same happened to Schloss Berleburg which is located about 15 to 20 kilometres further north.)

The irregular three-winged castle spans over a length of about 125 metres on a hill above the town of Bad Laasphe. Built during various centuries, it does not feature a coherent architectural style though most parts have distinctive Renaissance and Baroque features. The northern wing of the castle was built in the 16th century. In its western part, there are still walls to be found dating back to original 12th century castle situated on the site. During the Thirty Years' War the castle was heavily damaged but restored. Originally seperate buildings, the northern and the adjoining western and eastern wings were joined together during the 18th century. A prominent four-storeyed pavilion was added to the eastern wing in 1783. While the royal stables were built in 1736, all other outbuildings are of a younger age.

When the House of Sayn-Wittgenstein split into its main branches, Schloss Wittgenstein was inherited by the princely Sayn-Wittgenstein-Hohenstein line who continued to live there until 1950. After the family had moved to nearby Schloss Schwarzenau, the dormitories of a boarding school moved into the castle. During the 1960's the Schloss became an actual school and continues to be one until today. Consequently many of the rooms were changed into classrooms and while it still very much looks a castle from the outside, it does not from the inside (or so I've been told).


Good to know:
Schloss Wittgenstein is a school today and thus not accesible to the general public. It's situated on a hill above Bad Laasphe located in the south of the German state of North Rhine-Westphalia and you can walk or drive up there.