Just a stone's throw away from the Neues Palais and the adjoining Park Sanssouci yet far off the beaten tourist tracks lies perhaps the least known of Potsdam's plentiful palaces. Frankly, yours truly had never heard of it before the recently publicised Hohenzollern restitution debate. But you know me, once I hear of a palace in my vicinity, there is hardly any stopping this Castleholic. Today an event location, you can stroll around its park any (day) time. 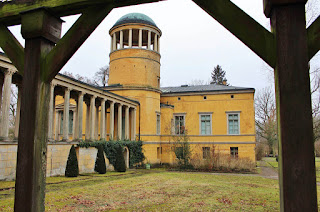 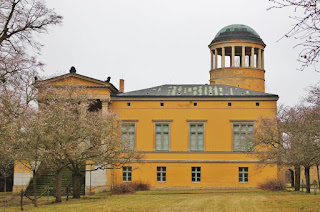 It was in 1828 that King Friedrich Wilhelm III of Prussia purchased a small country estate mainly used for carp breeding from the noble Bülow family. His oldest son and successor, the future Friedrich Wilhelm IV, took an immediate interest in the estate. For decades following the purchase, the Crown Prince and later King drew up over 100 plans to reshape a Baroque building located on the estate into a small but magnificent palace in Neo-Classical style. Architects commissioned to submit plans for the new structure included Ludwig Persius, Ludwig Ferdinand Hesse, August Stüler and Ferdinand von Arnim. In the end, though, only a minimal version of the original idea was realised. 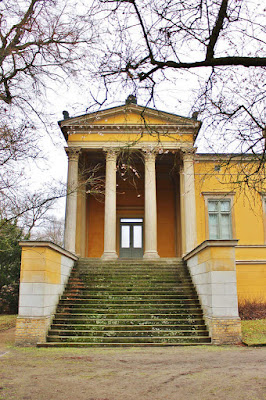 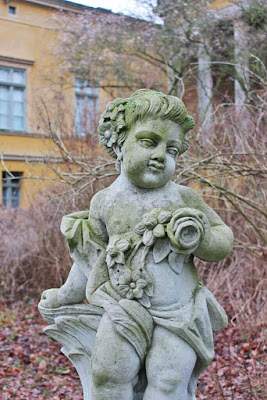 Construction finally commenced in 1858 using a design by Ferdinand von Arnim. The surrounding garden was created by Peter Joseph Lenné. King Friedrich Wilhelm IV, however, never got to properly enjoy his new palace. He died in January of 1861 with Schloss Lindstedt completed only later that year by his brother and successor, the future Emperor Wilhelm I. After King Friedrich Wilhelm IV's death, Schloss Lindstedt became part of the inheritance of his widow, Queen Elisabeth. During the following decades, the palace was often leased to high-ranking officials. During the reign of Emperor Wilhelm II, Schloss Lindstedt was often used as a quarantine facility for members of the royal family during cholera and tuberculosis epidemics with the Emperor's children attending school there. 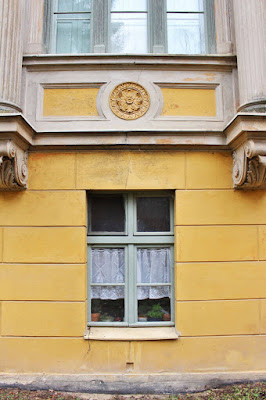 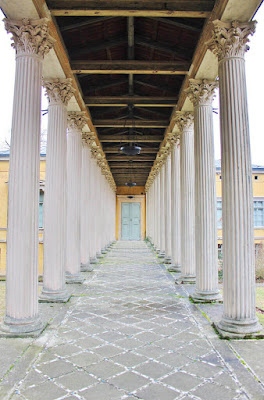 Following the end of the monarchy, General Erich von Falkenhayn became the last new hereditary leaseholder of Schloss Lindstedt. He passed away in 1922 though his family remained at the palace until 1944. A plaque on the palace's wall remembers Falkenhayn's daughter Erika and her husband Henning von Tresckow, one of the masterminds behind the July 20 plot to kill Hitler. From 1951 until 1978, Schloss Lindstedt was used as a teacher training college. It later became part of the local institute for forensic medicine. Since 1996, it has been part of the Prussian Palaces and Gardens Foundation Berlin-Brandenburg and is used as an event location - and most people would have probably never heard of it, if it weren't one of the palaces named by the head of the Hohenzollern family he would like a right of residence at.
2020 Brandenburg Bülow Falkenhayn Germany Hohenzollern Potsdam Prussia Tresckow