Well... Hi there, long time no post, I know. Truthfully yours truly was a bit castled out the last few weeks. I actually still visited a bunch of them - as always you can follow my latest adventures on Instagram - but with lots of other things going on, I just didn't feel like editing pictures, writing and everything else that goes into this tiny space on the world wide web. But with the big C-word holding all our lives in a tight grip at the moment, I thought that you and me both could use some escapism. And so in today's post, we are having a closer look at a castle I visited in the fall of last year. 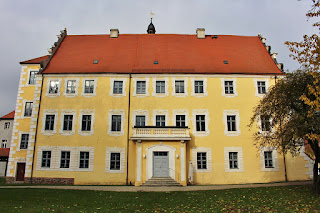 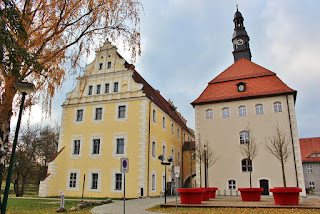 Schloss Lübben may not be the most visually remarkable castle featured on this blog but it definitely has the most curious castle tower of them all even beating the white tower of Schloss Bad Homburg. Frankly, you don't even really recognise it as a tower at first glance as it is an entirely separate building. (Can you spot it in the right photo above? Yep, that big building on the right.) This curiosity of an own non-towery-looking tower structure in addition to a Renaissance-style residential building already is the first clue to the Schloss' varied history over the past few centuries. 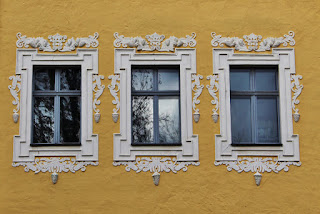 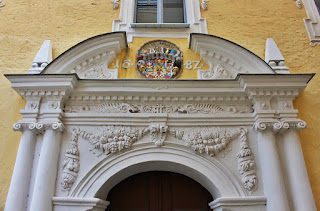 Located in the Spreewald region south of Berlin, the castle was built around the year 1368 on the basis of a previous structure firstly mentioned during the 12th century. The oldest part of Schloss Lübben surviving to this day is the slightly un-towery looking tower. It dates back to the late middle ages. Originally used as a defensive structure with walls as thick as two and a half metres, its windows were added during the 17th century. 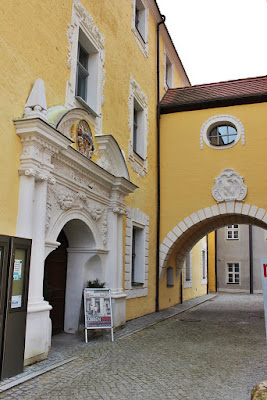 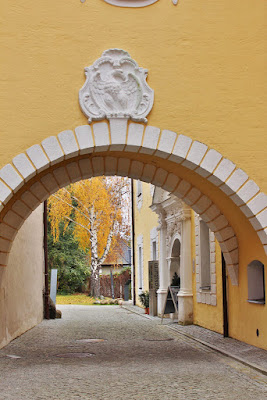 At the same time, the main part of Schloss Lübben also received its current appearance. Some changes to the castles structure were already made during the 16th century, but it was under Duke Christian I of Saxony-Merseburg, one of the plentiful cadet branches of the Wettin family, that the Schloss got a Renaissance-style makeover. His coat of arms can still be found above the main entrance. Construction took place between the years 1679 and 1682.  While we tend to think of castles as royal and noble homes, Schloss Lübben was actually mainly intended as a residence for the administration of Lower Lusatia. The castle was the seat of the governor of Lower Lusatia until 1666, then of the president of the newly created district government. 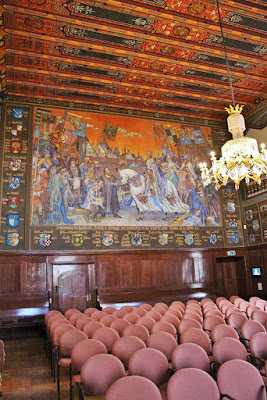 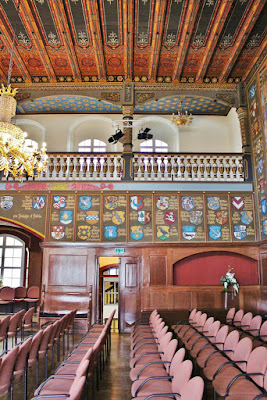 All the time, Schloss Lübben was owned by the region's rulers. First the Margraves of Lusatia, then - between the 14th and 17th centuries - by the Kings of Bohemia. It came into the hands of the Saxon Electors and thus the Dukes of Saxony-Merseburg in 1635. Not much remains of its original interior furnishings and general appearance - and its most important rooms these days are actually much younger. The stunning Homage Hall was created by Adolf Zeller and August Oetken between 1914 and 1917, so just before the end of the monarchy in Germany.  The Hall depicts the coats of arms of 115 Lower Lusatian towns and lordships as well as a painting of the homage of the people of Lübben to Elector Friedrich II of Brandenburg in 1448. 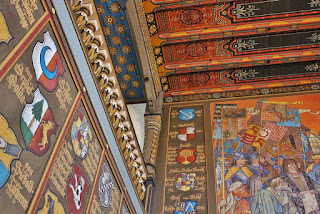 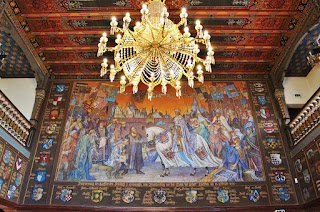 The town and all of Lower Lusatia became part of the Kingdom of Prussia, which also included Brandenburg, following the Congress of Vienna. The Homage Hall was created to commemorate the 100th anniversary of said event. In a fun twist of locations, the Homage Hall is actually located inside the castle's tower. The tower and the castle's main building, known as the Oberamtshaus, are connected by a passageway created between 1914 and 1915. When Lübben was owned by the state of Prussia, the castle was the seat of the district's chief administrator. 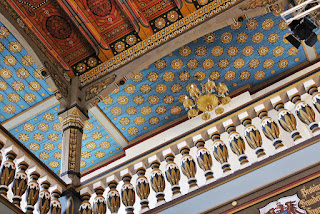 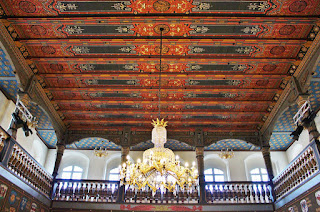 Like so many other castles and palaces, Schloss Lübben was damaged during the last few months of World War II. It has been restored twice since, once during the 1980's and more recently during the early 2000's. At the same time, a museum about local history was opened at the castle - and as far as museums about local history about an area I didn't have a personal connection to goes, I found it pretty interesting and well done. And yes, you can also learn a bit about Germany's most famous  gherkins, the Spreewald Gurken. Of course, you can also spend plentiful time admiring all the intricate details of the Homage Hall. 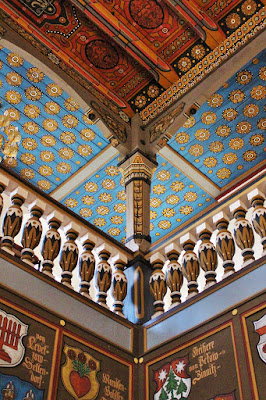 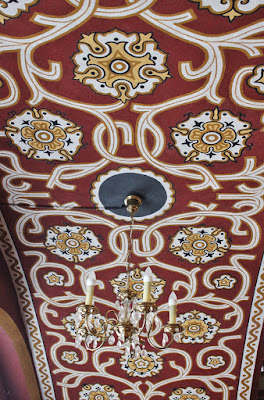