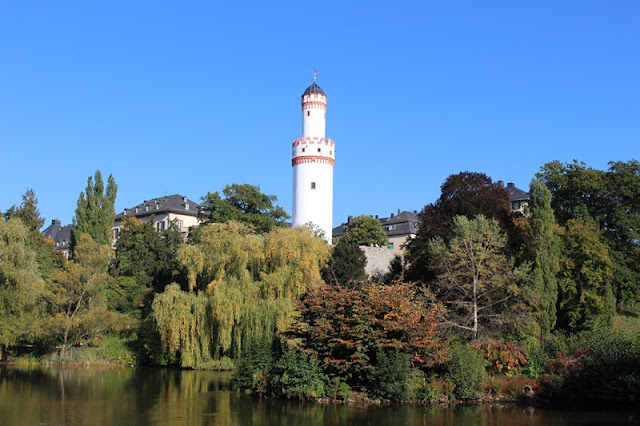 Located in Bad Homburg vor der Höhe, a small town east of Frankfurt, Schloss Bad Homburg started out as the residence of the Landgraves of Hesse-Homburg and later became a summer home of the Prussian royal family. Consisting of buildings surrounding two courtyards, the oldest part of the castle is the Weißer Turm, or white tower. Measuring more than 48 metres in height, the keep dates back to the 14th century and goes to show that there were other castles located on the same site before. Today's Schloss Bad Homburg was built by Landgrave Friedrich II of Hesse-Homburg starting in 1680.

The Hesse-Homburgs were a branch line of the the landgraves of Hesse-Darmstadt, who later became Grand Dukes of Hesse and by Rhine. Landgrave Friedrich II himself later achieved fame as the name giver of Heinrich Kleist's play "The Prince of Homburg" though besides the name and place, there is little similarity between the play, which was written in 1809–10 and firstly performed in 1820, and the real Friedrich, who lived from 1633 until 1708. 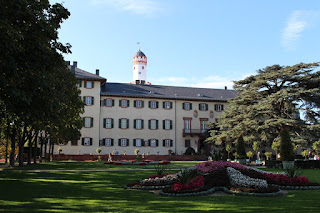 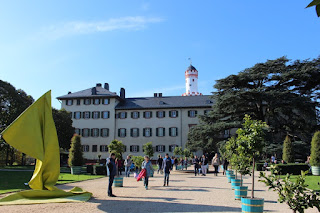 Friedrich II was married three times in his life. A younger son of Landgrave Friedrich I of Hesse-Homburg, he was originally destined to have a military career before he actually did come to inherit the title. During his time in the army of the King of Sweden, Carl X Gustav, he met the wealthy and widowed Countess Margareta Brahe, who was 30 years his senior. Nonetheless, the two married. With her wealth, he bought estates in Brandenburg and, a year after her death, married Princess Luise Elisabeth of Kurland, granddaughter of Elector Georg Wilhelm of Brandenburg. In 1690, after his second wife's death, Friedrich married a third time to Countess Sibylle of Leiningen-Westerburg. 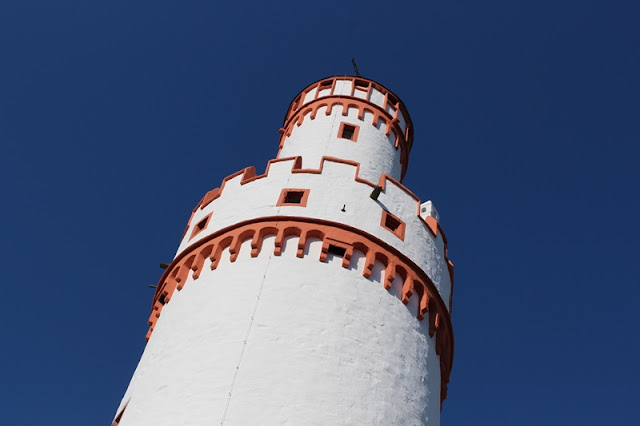 But back to the castle... Under the management of Paul Andrich, the construction of Schloss Bad Homburg took five years and was finished in 1685. It became the main residence of the Hesse-Homburg family. However, they soon ran into financial difficulties and so not much was done to change and keep up the castle during much of the 18th century, even though there were plans by famous Baroque architect Louis Remy de la Fosse drawn up to make extensive changes, they were never carried out. One exception was the mirror hall, a gift by the local carpenters' guild upon the wedding of Landgrave Friedrich III and Princess Christiane Charlotte of Nassau-Ottweiler in 1728. 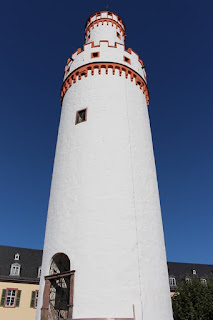 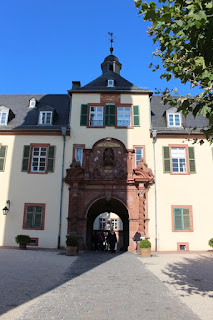 In 1818, there was another marriage that would make more lasting changes to the Schloss. The future Landgrave Friedrich VI married Princess Elizabeth of Great Britain, Ireland and Hanover, daughter of King George III. Both were in their late 40's at the time of the wedding and while it wasn't a a love match per se, it had advantages for both of them: While Elizabeth was free to leave the British court and live her life relatively free, her large dowry and apanage allowed her husband to restructure Hesse-Homburg's finances. The couple also invested heavily in Schloss Bad Homburg and in 1820 a twenty year long extensive renovation started. The renovation was overseen by Georg Moller and done in the style of German classicism. The "English wing", the only part of the castle visitable today, was supposed to become the couple's new home but as Friedrich died in 1829, Elizabeth moved in on her own. 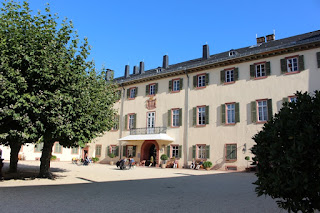 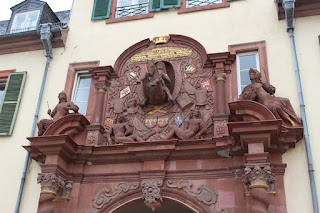 When Landgrave Ferdinand died in March 1866, the male line of the Hesse-Homburg family died with him and their possessions fell back to the Hesse-Darmstadts. Only about six months later, Hesse-Darmstadt ceded Hesse-Homburg to Prussia following the Austro-Prussian war. Both Emperor Wilhelm I and Emperor Friedrich III with his wife Victoria spent time in Bad Homburg but it wasn't until Kaiser Wilhelm II that the Schloss became a regular summer residence of the Hohenzollern. 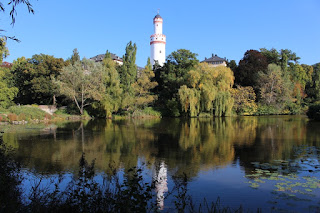 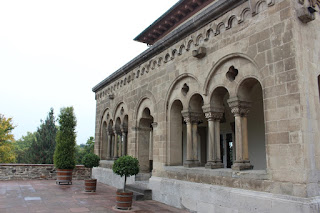 Several changes were made to the castle and the so-called "King's wing" remains the only originally furbished living apartments of the family of the German Kaiser still in existence. The imperial court architect  Louis Jacobi modernised the Schloss heavily introducing electricity, for example. However, he also added some things, which continue to have a lasting impact: For example, some walls were moved and heavy stone pillars added. In addition metal carriers were added without understanding that they would not go together with wood carriers in the long run resulting in severe static problems. By 2011, these problems had gotten so big that the "King's wing" was closed for the public. The original plan was for them to be reopened two years later, but they are still undergoing renovations at the moment.


Good to know:
Schloss Bad Homburg is owned by the state of Hesse and generally open to the public. At the moment, however, only the castle's church as well as the "English wing" can be visited. Admission is 4 euros per adult; the castle is open March to October, Tuesdays to Sundays from 10am to 5pm and November until February, Tuesdays to Sundays from 10am to 4pm (apart from Christmas and New Year's). The castle is surrounded by a beautiful park also very much worth a visit. More information here.
Germany Hesse (family) Hesse (state) Hochtaunuskreis Hohenzollern Open Park Prussia