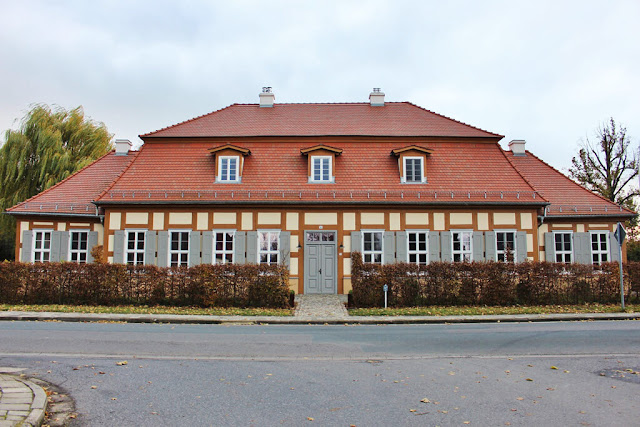 Today's castle may just look like a fancy half-timbered house but it is, in fact, called a Schloss. Located in a small village of the same name, Schloss Beuchow used to be a hunting lodge for the comital branch of the House of Lynar, an important Prussian noble family with their roots in Italy. The hunting lodge was built in 1746 and 1747 on the basis of a former medieval castle firstly mentioned in 1346. The half-timbered Baroque-style Schloss was often used by Count Rochus Friedrich of Lynar during hunts and later also hired out for fellow noble hunting parties.

In 1936, Count Wilhelm of Lynar let Schloss Beuchow to the Reich Labour Service. In September 1944, Count Wilhelm was executed for his involvement in the July 20 plot to kill Adolf Hitler. Around the same time, his family was also dispossessed by the Nazis. A crucial point when talking about the castle's later history. After the end of the Second World War, Schloss Beuchow lay in what became East Germany and so there was another dispossession, this time by the Soviets. In 1953, one half of Schloss Beuchow became a Kindergarten with the other half being turned into a flat. Shortly after German reunification, the former estates of Count Wilhelm of Lynar, including the hunting lodge in Beuchow, were restituted to his heirs. (Also read: Restoration or No Restoration: A Question of Nazis or Communists.)

While the current Counts of Lynar turned the nearby Schloss Lübbenau into a luxury hotel, there seemed to have little idea what to do with Schloss Beuchow. Ultimately, they decided to sell the castle - and the Schloss got lucky. A businessman who had grown up in the village and actually once visited the Kindergarten bought Schloss Beuchow and turned it into five vacation apartments as well as a restaurant.
2019 Brandenburg Germany Lynar Oberspreewald-Lausitz