Yours truly fell in love, in love with the Spreewald. Its thousands of little canals and dozens of quaint villages. And while I cannot wait to discover all the beauty this region just south of Berlin has to offer in the summer time, I cannot help but thinking that a visit during the colourful weeks of autumn also gives it a special charm.  One of the stops during my visit? Schloss Lübbenau, the former home of the Counts of Lynar turned luxury hotel. 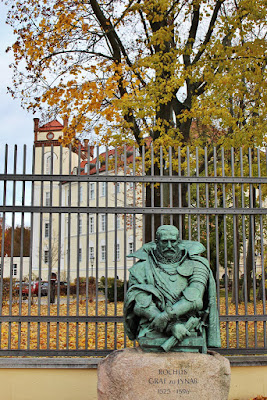 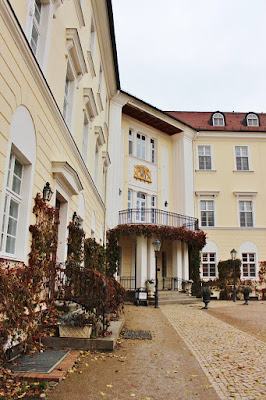 Count Rochus of Lynar, an Italian military engineer who you can see depicted in the left photo, was the first of his family to move north of the Alps where he was employed by both the Electors of Saxony and Brandenburg among others constructing various fortifications. It was Rochus' daughter-in-law Elisabeth who, in 1621 after the passing of her husband, purchased the demesne of Lübbenau. And with it came - lucky for us - a Schloss. Originally, a medieval moated castle was located on the same site as today's building. Sometime around the year 1600 the original one was turned into a Renaissance-style castle reflecting the tastes of the time. 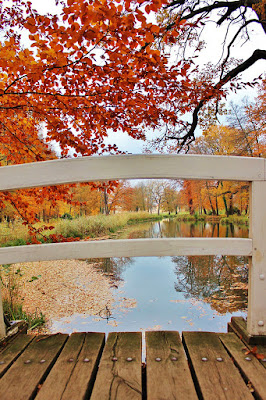 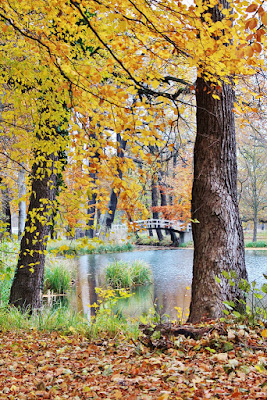 But the castle looks more like a Neo-Classical one, dear Castleholic, you will surely ask and right you are: Schloss Lübbenau essentially received its current appearance during the course of the 19th century. The Counts of Lynar commissioned Carl August Benjamin Siegel, who mainly worked in Dresden and Leipzig, to draw up plans for a new Neo-Classical residence. Construction was completed between 1817 and 1820. The two prominent towers were added later in 1839. The surrounding and - thanks to the colourful autumn leafs - especially beautiful looking English-landscape park was created starting in 1820 according to original plans by Peter Joseph Lenné. 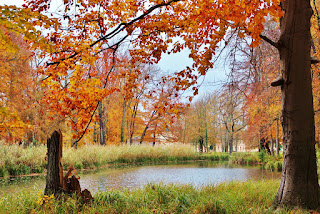 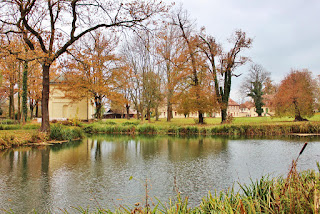 The Counts of Lynar - one of the two German lines of the family with the other one being elevated to the rank of Princes in 1806 - continued to use Schloss Lübbenau as their main residence well into the  early 20th century. In 1928, the estate district of Schloss Lübbenau, a special municipal district basically consisting of the estate of a noble family and governed by them, became part of the town of the same name. Two years later, Count Wilhelm of Lynar and his family moved to another property of the family, Schloss Seese, in order to save taxes but continued to own the castle in Lübbenau. However, he was still to become the last noble owner of Schloss Lübbenau for a long time. However first, a museum was opened at the castle for a good decade during the 1930's before the exhibits were brought to Schloss Seese after the beginning of World War II. 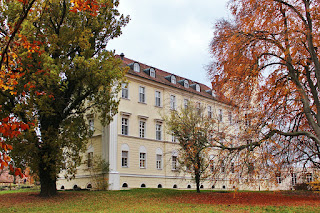 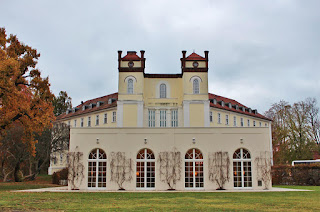 The war would also have a lasting impact on the Lynar family and thus their Schloss in Lübbenau. Count Wilhelm of Lynar served as a reserve officer in the Wehrmacht and became adjutant of General Field Marshal Erwin von Witzleben, one of the main conspirators of the July 20 plot to kill Adolf Hitler. Wilhelm of Lynar knew of the plans early on and provided them with places to meet including at Schloss Lübbenau. After the failed attempt, Count Wilhelm was sentenced to death on September 29, 1944, and executed later that same day at Plötzensee in Berlin. Around the same time, the Nazis also dispossessed the comital branch of the Lynar family of all of their estates with a right of residence in parts of Schloss Seese for the wife and children of the executed Count Wilhelm. 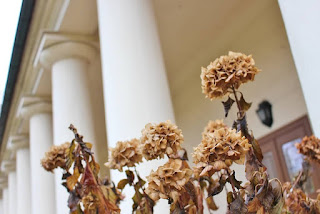 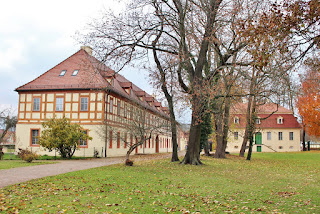 The end of World War II, however, did not bring their former estates, including Schloss Lübbenau, back into the hands of the family. Instead, they were dispossessed once again, this time by the Soviets. During the time of the GDR, the Schloss was used as a hospital, mother-and-children-home, or training centre and at one point in time so rundown that the mayor at the time thought about demolishing it in favour of a mountain for sleding. But luckily for us - and the descendants of the Counts of Lynar - it wasn't. After German reunification, Schloss Lübbenau actually became one of the few castles and palaces in Eastern Germany to be returned to their original owners. Why? Because they had been expropriated by the Nazis before the Soviets. The descendants of Count Wilhelm of Lynar turned their former family residence into a luxury hotel which they continue to run to this day.
2019 Brandenburg Germany Lynar Oberspreewald-Lausitz