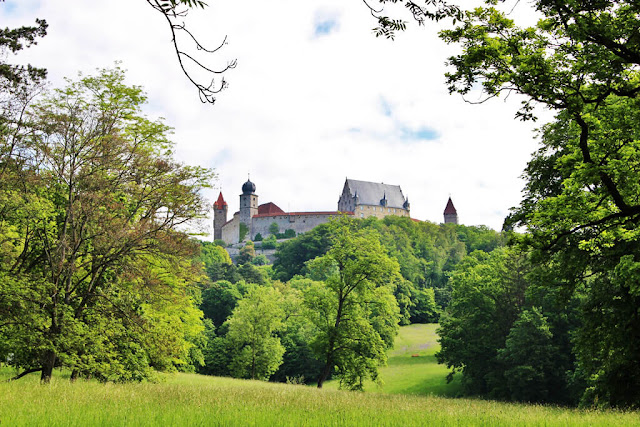 To say that Coburg has an abundance of castles and palaces may just be the understatement of the century, we have covered more than half a dozen of them on this blog alone in the past couple of months. One still missing? The one dubbed "the Crown of Franconia", the city's oldest castle, Veste Coburg. Towering high above the city and the surrounding land, the Veste was firstly mentioned in 1056 making its origins almost a thousand years old. It was in the year 1353, that Coburg fell to Margrave Friedrich of Meissen of the House of Wettin, who continued to own Veste Coburg until the end of the monarchy in 1918. 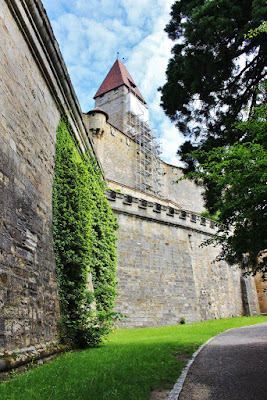 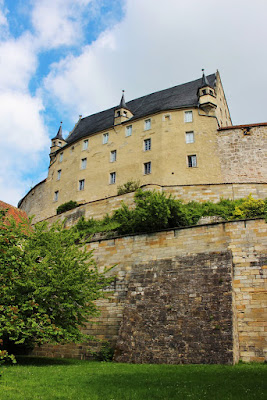 The oldest still-existing part of the Veste is the Blauer Turm, or Blue Tower, dating back to 1230. At the time, the town was controlled by the Dukes of Merania. During the early 15th century, a triple contravallation was introduced to guard the fortress. Large parts of the castle's early structures were destroyed during two fires towards the end of the 15th and in the early-16th century but soon rebuilt. The fortress continued to expand because of its strategic importance and played a key role in several military conflicts, each one of them bringing about the expansion of the fortifications. 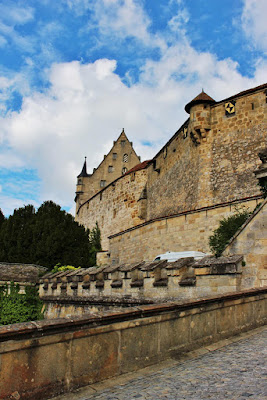 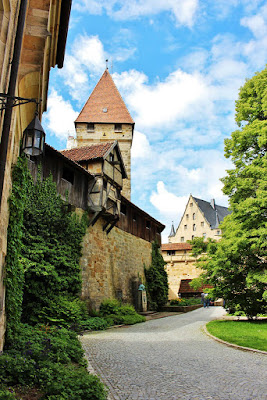 Already in 1485 based on the Partition of Leipzig, Veste Coburg fell to the Ernestine branch of the Wettin family, whose members soon took up residency at the castle. Another famous inhabitant was no other than Martin Luther. Seeking protection as he was under an Imperial ban, he stayed at the Veste during the Diet of Augsburg from April to October 1530. Whilst he stayed at the fortress, Luther continued with his work translating the Bible into German. In 1547, Duke Johann Ernst of Saxe-Coburg moved his family to a more convenient and fashionable location in the city centre of Coburg - and so Schloss Ehrenburg became the main residence of the Duke with the Veste now only serving as a fortification - and one very much needed a few decades later. 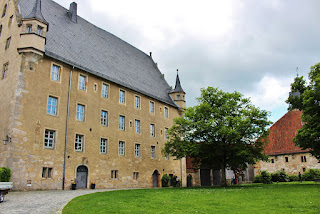 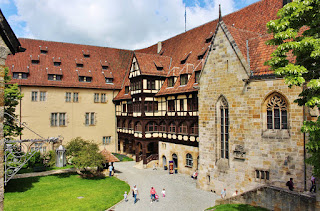 During the Thirty Years' War, the Veste was became a sought after refuge for the Duke and his family and it was besieged twice. First in 1632, when the fortress was unsuccessfully besieged by Imperial and Bavarian forces commanded by Albrecht von Wallenstein for seven days. The second siege lasted five months and ended on March 17, 1635, when the Veste was handed over to the Imperial troops commanded by Guillaume de Lamboy. Two months later, Veste Coburg was eventually given back to the Dukes of Saxe-Coburg. Subsequently the fortifications were expanded once again though it was never used as a fortress again. By 1700, military use of the fortress had ceased. Instead, it was used as a prison, hospital and mental asylum. During the early 19th century, the Veste even lost its status as a fortress with the other fortifications being demolished. 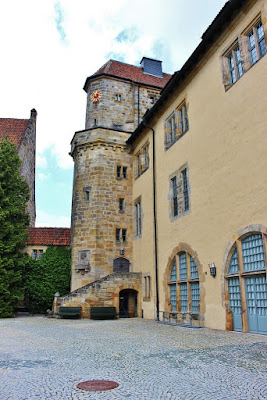 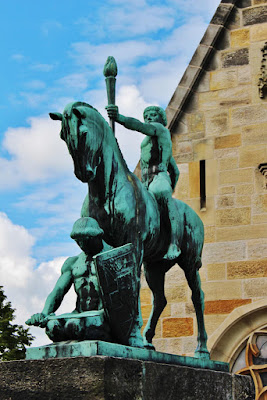 While never used as the main residence again, Dukes Ernst I and Ernst II of Saxe-Coburg and Gotha had the run-down fortress converted into a Gothic revival style castle from 1838 to 1860. The Veste also henceforth housed large parts of the ducal family's vast art collection, which it actually still does to this day. The early 20th century saw major renovation and restoration works taking place due to dilapidations. Many changes made to Veste Coburg during the course of the 19th century were reversed during that time under architect Bodo Ebhardt to restore a more authentic medieval look. Coming into the hands of the state after the end of World War I with a right of residence for certain members of the Saxe-Coburg and Gotha family, the fortress was seriously damaged by artillery fire in the final days of World War II but later restored. It now houses several museums about its varied history as well as art, coins and military.
2019 Bavaria Coburg Germany Merania Saxe-Coburg-Gotha Wettin