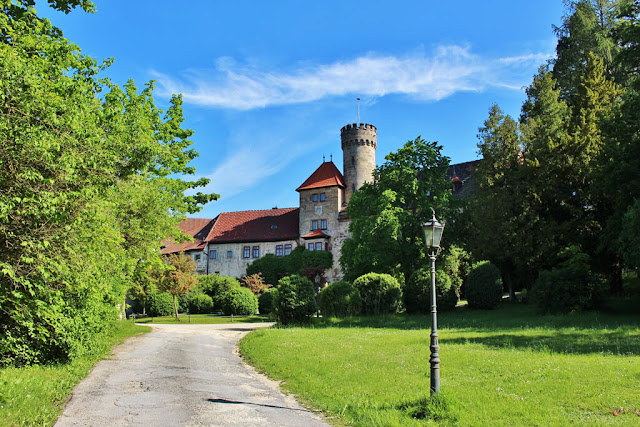 Before I headed to Coburg early this summer to discover the city's plentiful architectural highlights, I asked around on Instagram for any tips regarding lesser known places in its vicinity to discover. By way of Eva, who runs the wonderful German-language site Burgdame about her (castle) travels and more, came the recommendation of Schloss Hohenstein - and what a great one it was! Going to Schloss Hohenstein may feel like heading to the end of the world, but nestled away in the hills and woods near Coburg you will find a true fairytale of a castle. 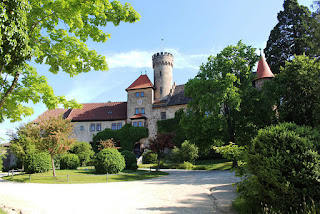 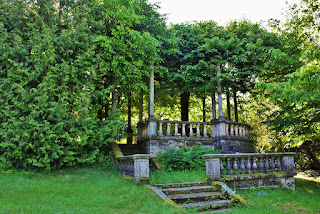 Firstly mentioned in 1306, Schloss Hohenstein came into the hands of the Lichtensteins, a Franconian noble family not to be confused with the Liechtensteins with an extra "E" of the Principality, around 150 years later. The preceding building located on the same hill, however, was destroyed during the course of the German Peasants' War of 1525. The uninhabitable remnants of the castle were rebuilt about half a century later in Renaissance-style by Michael von Lichtenstein. The castle's main tower apparently offers a stunning view of the surroundings including Schloss Callenberg, Kloster Banz and several other historic structures. (Schloss Hohenstein serves as a hotel these days but I have no idea if you are actually able to climb the tower.) 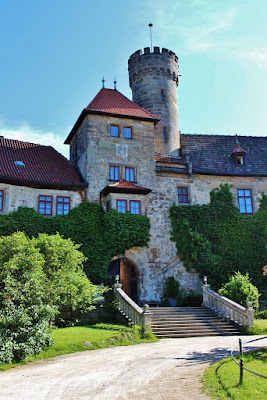 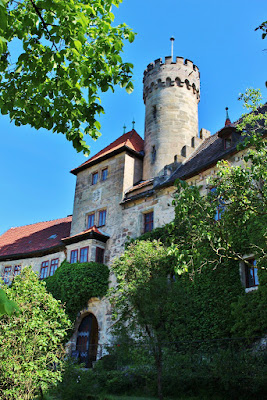 In the final days of the the Thirty Years' War, Schloss Hohenstein was sacked by Swedish troops. Five years after the end of the war, the castle was sold to Christof von Thüna. Having no male heirs, the Schloss was inherited by his five daughters in equal shares. His youngest daughter married Johann Helmhard Auer von Herrenkirchen who paid off his sisters-in-law and thus acquired Schloss Hohenstein for his descendants. It remained with the Auer von Herrenkirchens for three generations. In 1741, the family sold the castle to Adam von Schauroth and, only 18 years later, the owner changed once again. This time it was Baron Philipp Ernst of Imhof who acquired Schloss Hohenstein. 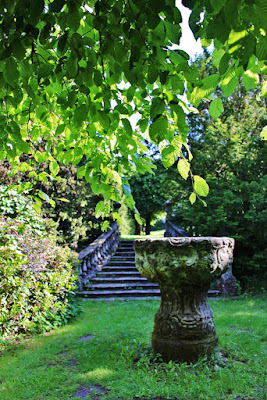 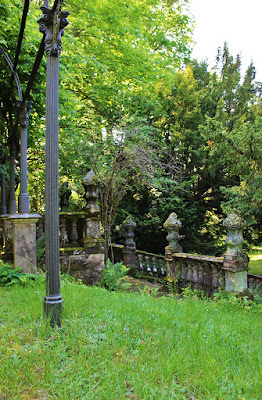 Imhof made several changes to the structure of the castle to suit his tastes and needs. He also gave the surrounding park a Rococo-style makeover before his descendants remodelled the gardens to give it is current Romantic appearance. Sometime after the end of World War I, the Barons of Imhof lost Schloss Hohenstein and it came into the possession of the state. (There are some claims to be found online that the Barons lost their castle based on the "Weimar Constitution of 1921" but that seems quite dubious as that one was actually introduced in 1919 and other sources say that the family continued to own the Schloss well into the 1930's, so I'm not sure what to make of that.) 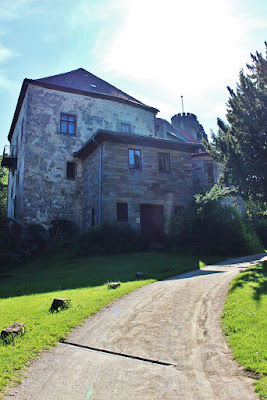 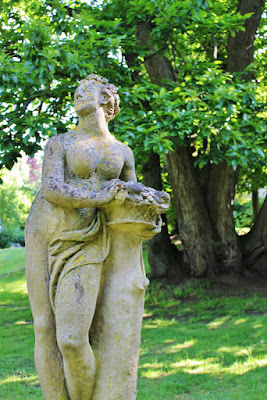 Starting in 1941, Schloss Hohenstein was used as a convalescent home by the German postal services. After the end of World War II, the post rented the castle out to the Caritas, the Catholic relief foundation, and it became a retirement home. During the mid-1970's, Schloss Hohenstein was sold once again and turned into a hotel during the following two decades. The hotel was opened during the early-1990's - and if I ever happen get back to Coburg, I will make sure to stay a night or two. Because after the wonderful gardens, I would love to discover a bit more of this little treasure.
2019 Bavaria Coburg Germany Imhof Lichtenstein Thüna