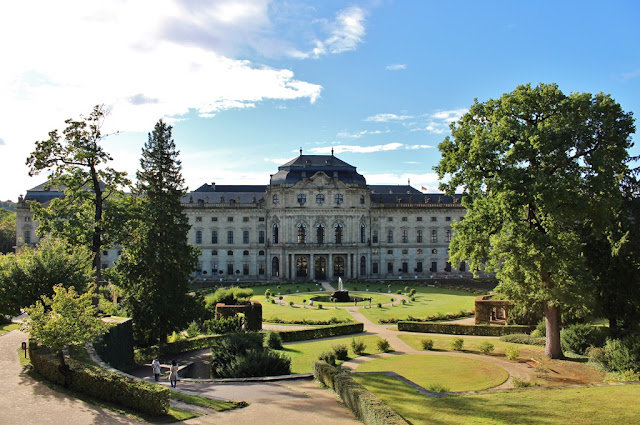 If you searched for a list of Germany's top ten most famous or beautiful castles, it would be a pretty save bet to assume to find the Würzburger Residenz on said list. In fact it was one of the places on my royal bucket list I published about one and a half years ago. While I did manage to cross it off the list since, I can't say it was an unequivocally wonderful experience. Don't get me wrong, the Residence Palace in Würzburg is a beautiful place but my visit once more proved that the most famous castles usually do not make for the best viewing experiences. 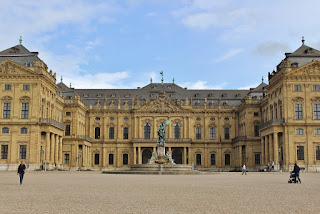 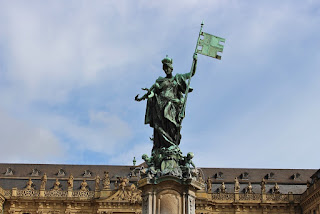 But first, the history: Before the construction of the Residenz, the Prince-Bishops of Würzburg resided in the Festung Marienberg - which we will also cover someday on Castleholic - on a hill west of the Main river until the early 18th century. It was Count Johann Philipp Franz of Schönborn (1719–24) who moved the court from the fortress to a palace erected at the very beginning of the 18th century, the predecessor of today's Residenz. However in his opinion, the rather small palace did not measure up to his position as an absolute monarch instead fancying something along the lines of Versailles or Schönbrunn. Thankfully for him (and us castle lovers), he won a fortune in a court case and used the funds to build a palace representing his status. 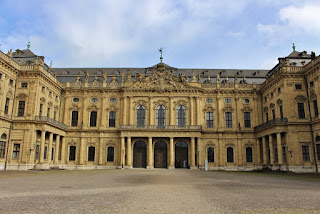 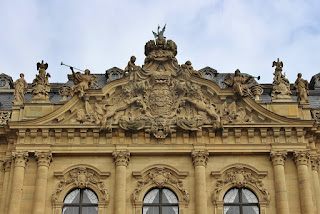 Johann Philipp Franz actually comes from a family quite famous for their building activities. He was the nephew of Count Lothar Franz of Schönborn, among others the mastermind behind the beauty that is Schloss Weissenstein. His brother, Friedrich Karl, who went on to build Schloss Werneck, served as Imperial Vice-Chancellor to the Holy Roman Emperor in Vienna at the time and also supplied his ideas for a new home befitting a Prince-Bishop. Both Lothar Franz and Friedrich Karl also introduced Johann Philipp Franz to important artists who went on to work on the Residenz. 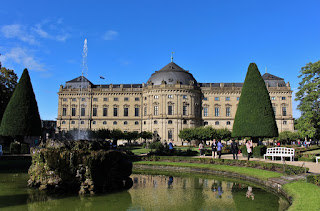 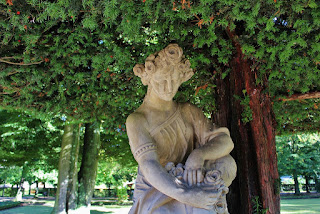 The foundation stone for the new palace was laid on May 22, 1720, and construction according to plans of Balthasar Neumann started on the northern wing. Neumann incorporated ideas by none others than fellow architects Johann Maximilian von Welsch, Philipp Christoph von und zu Erthal, Robert de Cotte, Anselm Franz Freiherr von Ritter zu Groenesteyn, Gabriel Germain Boffrand and Johann Lucas von Hildebrandt in his designs. Count Johann Philipp Franz, however, died in 1724 without ever moving into his palace. His successor Christoph Franz von Hutten did not take a major interest in the construction and so the works were finished that same year on the northern wing and all other plans abandoned. 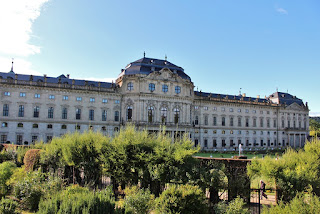 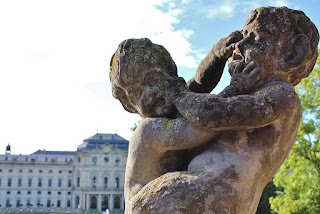 In 1729, another Schönborn entered the scene though. That year, the previously mentioned Count Friedrich Karl, former Imperial Vice-Chancellor, became the new Prince-Bishop of Würzburg and resurrected his brother's plans for a representative palace. The very next year, work on the southern wing began once more. Only three years later, the Cour d'honneur was already finished. From 1735 onwards, the work on the central building took place with the participation of Lucas von Hildebrandt. In 1737, the main staircase by Balthasar Neumann was constructed. The garden front was completed in 1740 and the whole shell in December 1744. While Neumann was mostly responsible for the Residence's facade facing the town, Hildebrandt's work dominated on the garden side. The four interior courts of the side wings were an idea of von Welsch. 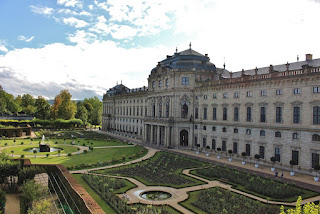 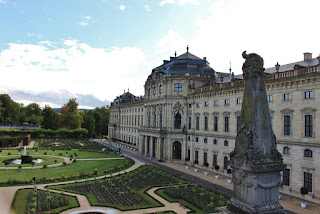 Until the mid 1740's, the interior works were carried on until construction once again ceased under the rule of Prince-Bishop Anselm Franz von Ingelheim. After his death, the new Prince-Bishop Karl Philipp of Greifenclau zu Vollraths chose to continue the works again. Several German and Italian artists were commissioned for the interior design of the Residenz. The most famous rooms being the Baroque staircase including the world's largest fresco created by Giovanni Battista Tiepolo showing paintings of the four continents: Europe, America, Asia and Africa, the White Hall as well as the Imperial Hall. The total construction cost came to over 1.5 million guilders, at a time when a day labourer could expect a weekly wage of one guilder. 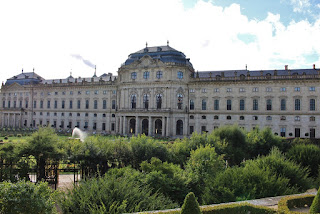 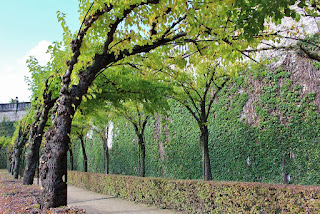 At the beginning of the 18th century, the secularisation swept through what later became Germany and the episcopal principality of Würzburg was abolished. Between 1806 and 1814, Grand Duke Ferdinand of Tuscany called the Residenz his home and he introduced the so-called Toskanaräume (Tuscany Rooms), decorated in Empire style, in the southern wing. Emperor Napoleon Bonaparte and his wife Marie Louise slept in the Residence when they stopped in Würzburg three times between 1806 and 1813. In 1814, Würzburg became part of the Kingdom of Bavaria and the Residenz occasional home to members of the Wittelsbach family. Famous guests also included Queen Victoria and Prince Albert, who stayed at the Residence on their way to Coburg in August 1845. 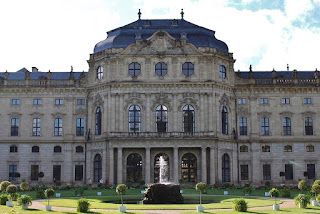 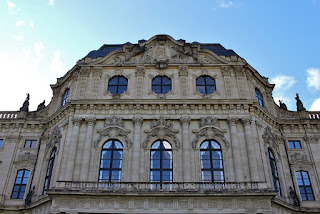 Fast forward to 1921, three years after the end of the monarchy, the Residenz was opened to the public. During the Second World War, the palace suffered greatly. Following an air raid on March 16, 1945, the Residenz was almost completely burnt out and only the central building with the Vestibule, Garden Hall, Staircase, White Hall and Imperial Hall survived the inferno with their roofs destroyed. Luckily, a lot of the furnishing and large sections of the wall panelling of the period rooms had been removed in time and thus escaped destruction. 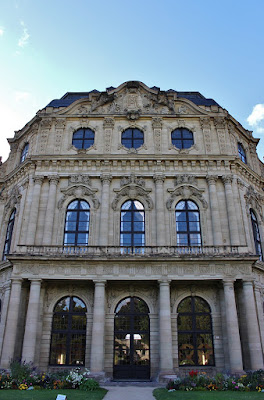 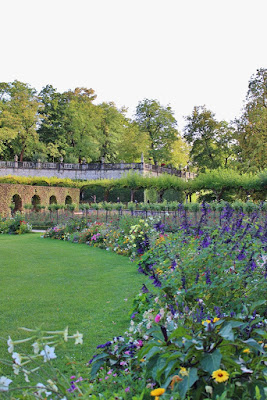 Preservation and reconstruction already started in 1945 thanks to the efforts of American Lt. John Davis Skilton. He is often considered as the saviour of the Residenz. An art historian in the U.S. army, he collected lumber to repair the roof for weeks eventually finding a stash of logs near Ochsenfurt, which he floated down the Main River to Heidingsfeld. After personally financing a sawmill to cut the logs, Skilton supervised a team of German architects, engineers, and laborers who worked diligently to repair the roof before rains could destroy the magnificent ceilings. However it wasn't until 1987 that the reconstruction works were finally finished. Already six years earlier, the Würzburger Residenz became a UNESCO World Heritage Site. 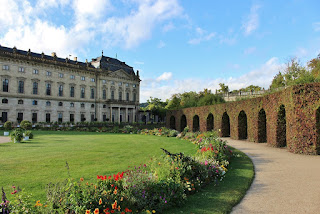 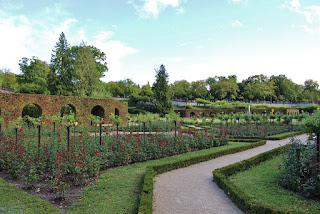 And it's a magnificent place, I tell you. However, it got that same problem that almost every famous castle has: Too. Many. People. Yes, I am one of them but I do not care for large groups of people visiting a castle alongside me. It is extremely difficult to enjoy the magnificence of Tiepolo's frescos, for example, while standing on the admittedly large staircase with three separate groups of visitors. Same goes for the Imperial Hall - it's almost impossible to take in its splendour while more or less listening to three guides simultaneously and later being basically pushed out of the smaller rooms by the group behind you. Touristy palaces are simply not for me, other cases in point: Schloss Schönbrunn and the castles of the Swan King.
I was reconciled a bit later though: You see, there is one part of the Residence you can only visit via a guided tour and another part you can see for yourself. Most people decided not to do the second bit. Naturally I did and to get there, I had to pass through the Imperial Hall once more - and somehow I managed to get there at a moment when no one else was. So I stood there in silence on my own - funnily not even watched by a guard - taking in all its glory for a good couple of minutes before the next noisy group of tourists arrived - that's how I like me my castles!

Good to know:
The Würzburger Residenz is open to visitors from April to October, daily between 9am and 6pm, as well as from November to March, daily between 10am and 4.30pm, apart from January 1, Shrove Tuesday and December  24, 25 and 31. Admission to the Residenz is 7,50 euros per adult. For more information, have a look here.
Bavaria Germany Greifenclau Hutten Ingelheim Open Prince-Bishops of Würzburg Schönborn Wittelsbach Würzburg