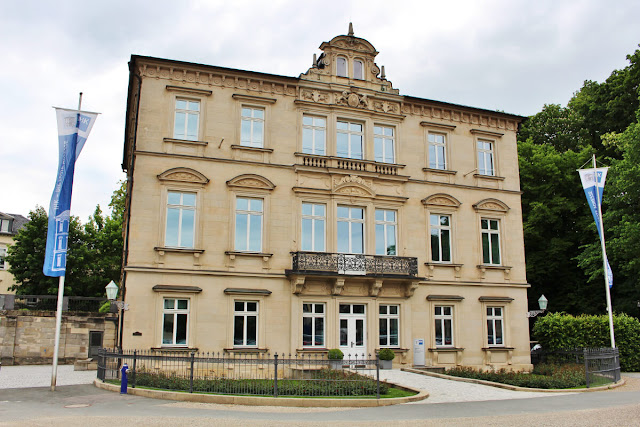 Palais Edinburgh? You would be excused for thinking that you need to travel somewhere in the United Kingdom, particularly Scotland, to find a palace with such a name. However, this little gem is actually to be found in Germany - or Coburg, to be more specific. Coburg, of course, is well connected to the British royal family due to a couple of 19th century marriages, most famously that of Queen Victoria and Albert of Saxe-Coburg and Gotha. It is also through one of their sons that this little palace received its name though its origins go back a little bit further. It was Baron Karl August of Wangenheim who built the palace between 1845 and 1846 facing the ducal residence Schloss Ehrenburg. The Baron of Wangenheim, however, could only enjoy his new residence, at the time known as Palais Wangenheim or (Wangenheimsches Palais), for a handful of years as he passed in 1850. 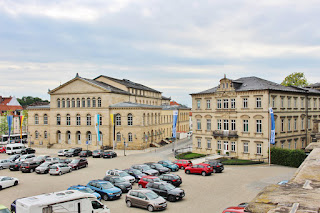 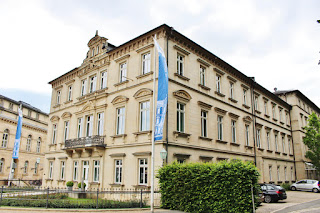 In 1865, Prince Alfred, Duke of Edinburgh, the second son of Victoria and Albert and heir to his childless uncle Duke Ernst II of Saxe-Coburg and Gotha, purchased the building. He commissioned Georg Konrad Rothbart to give the palace a Neo-Renaissance makeover and to add a third floor. Alfred, however, did not move into the palace immediately but it was instead used as a guest house. Its most famous guest? Non other than Queen Victoria who stayed here for ten days in April 1876. Only in 1881, after further renovations and additions, Alfred and his family spent more time in Coburg to get better acquainted with his future Dukedom. Starting in 1889, the Edinburgh-Palais served Alfred, his wife née Grand Duchess Maria Alexandrovna of Russia and their five children as a home. Alfred succeeded his uncle as Duke of Saxe-Coburg and Gotha in 1893. 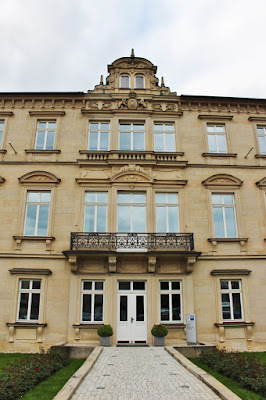 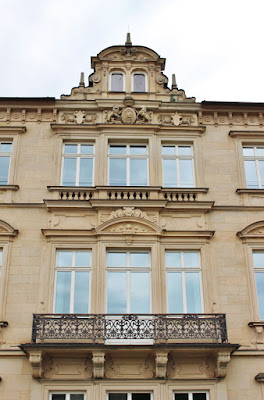 After Duke Alfred's death in 1900, his widow Maria moved back into the Palais Edinburgh opposite Schloss Ehrenburg. She continued to live there until her own death in 1920. The Palais was inherited by their third daughter Princess Alexandra of Hohenlohe-Langenburg. In 1939, she sold her parents' former home to the Coburg Chamber of Industry and Commerce. After the end of World War II, Palais Edinburgh was used by the U.S. military and also housed a cultural centre called "America House" until it was returned to the Chamber of Industry and Commerce who continue to use the Palais to this day.
2019 Bavaria Coburg Germany Saxe-Coburg-Gotha Wangenheim Wettin