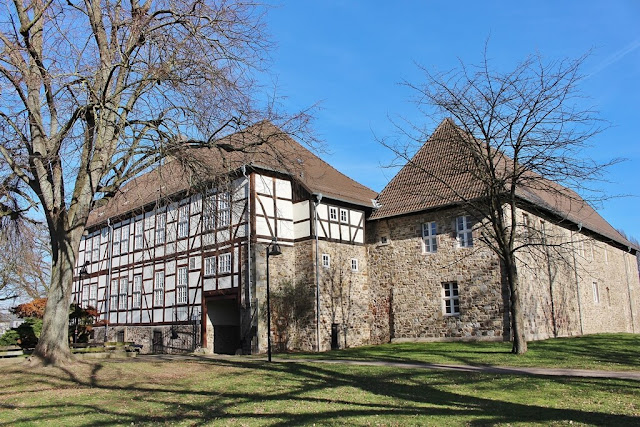 Situated south-west of Hamelin, the small German town famous for its Pied Paper, Burg Aerzen was firstly mentioned in 1293 as borch Artelsen. At the time, the Burg and surrounding village was owned by the Lords of Everstein. Towards the end of the 12th century, the Eversteins had risen through the ranks of the nobility as supporters and relatives of the Hohenstaufen rulers after the defeat of the Guelph ruler Heinrich the Lion. The tides turned, however, and as a conclusion of peace Hermann VII of Everstein forged the engagement of his daughter, only four years old at the time, to the future Duke Otto IV of Brunswick-Lüneburg. Burg Aerzen formed part of Elisabeth von Everstein's dowry. 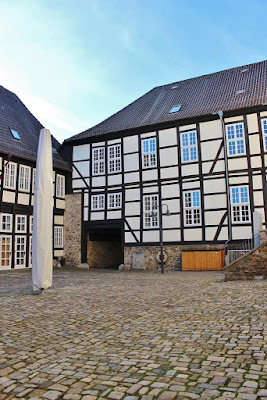 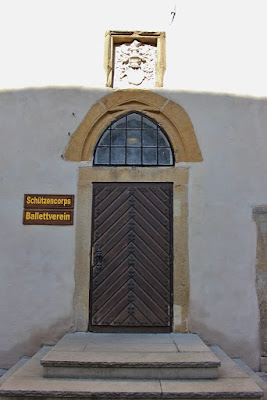 After it came into the hands of the Guelph family, Burg Aerzen was given to the Bishopric of Hildesheim. It handed the castle and village over as a joined fiefdom to Stacius von Münchhausen and Heinrich von Hardenberg, both of very well-known noble families of the area, in 1508. The Münchhausens and Hardenbergs weren't only famous though but also occasionally feuding. In 1518, Stacius was beaten to death by Heinrich and his supporters. The violent death was part of a larger dispute known as the Hildesheim Diocesan Feud which ultimately led to the Burg coming back into the possession of the Guelphs. 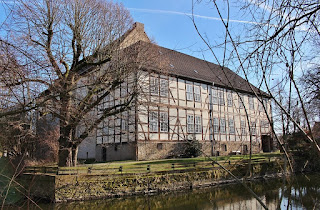 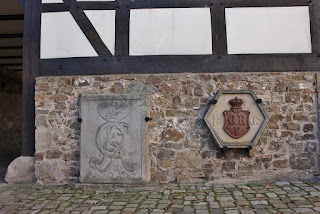 In 1553, expansion on the castle started under Duke Erich of Brunswick-Lüneburg with the fiefdom once again going to the Münchhausen family in form of Hilmar, who also built nearby Schloss Schwöbber. About 100 years later, in 1642, the Burg was destroyed during a fire started by troops from Weimar during the Thirty Years' War and rebuilt soon after. The last of the three half-timbered wings of the castle was added during the middle of the 18th century. The castle later became part of a state domain, which it remained until 1968. These days, the Burg is used by the local municipality and local associations alike - and while I cannot for the life of me find mention of them anywhere, I can't help but wonder what those coat-of-arms of mean... I don't think I have ever seen them at other state domains and one of them doesn't even really seem to make sense in the first place as King George II, who was only ever King of Great Britain and 'only' Elector of Brunswick-Lüneburg, was long dead by 1787...
2019 Everstein Germany Guelphs Hameln-Pyrmont Hardenberg Lower Saxony Münchhausen