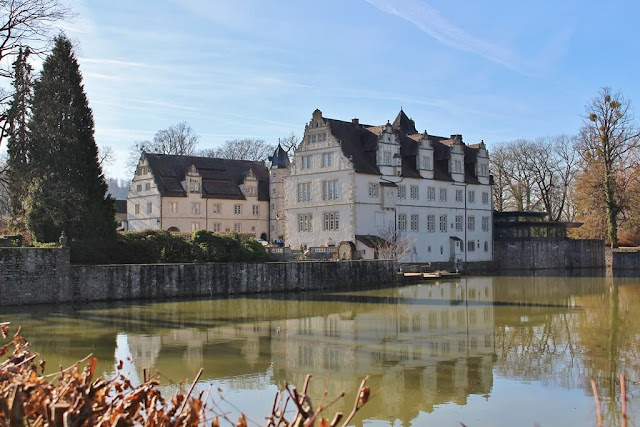 Münchhausen is a pretty famous name in Germany and all around the world. An old noble family from Lower Saxony who made their fortunes as leaders of mercenary forces for various European rulers, their name was immortalised by the tall tales of the 'Baron of the Lies' even though the historical example, Hieronymus of Münchhausen, wasn't very happy about the fictionalised version of his life. Before the 'Baron of the Lies' came along, the Münchhausen family was already a household name in Northern Germany for their plentiful building activity as they invested their new-found wealth as mercenary leaders of the 16th century in the construction of various castles to represent their new status, one of the examples being today's Schloss Schwöbber.

The Black Line of the Barons of Münchhausen first came into the possession of three feudal estates in the vicinity of today's Schloss in 1510. In 1564, they were given the permission to establish a noble residence on the estates with previous buildings being moved away. Schwöbber takes its name from one of these previous feudal estates. In 1566, Hilmar of Münchhausen commissioned architect Cord Tönnies to draw up plans for the construction of the Weser-Renaissance style castle. After the death of Hilmar seven years later, his widow née Lucia of Reden carried on with the plans of the castle consisting of a single wing at the time. The Schloss was later inherited by their fourth son, known as Hilmar the Younger, during a division of inheritance. It was him who added the second and third wings to the castle giving it its current shape. 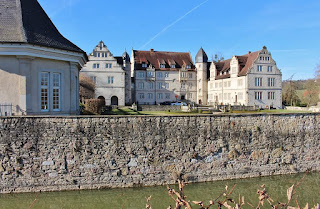 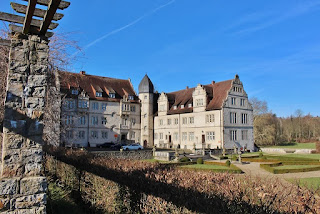 During the following centuries, Schloss Schwöbber got especially famous for its park and horticulture. So famous that in 1715, none other than Tsar Peter the Great visited the castle supposed to hold the largest plant collection in all of Europe including an orangery to grow pineapples. It was also home to some of the earliest North American trees and shrubs in Europe. During the 18th century, the castle grounds even boasted what is believed to be the earliest English landscape garden in Germany. The last major addition to Schloss Schwöbber was the construction of the chapel in Neo-Renaissance style in 1840. 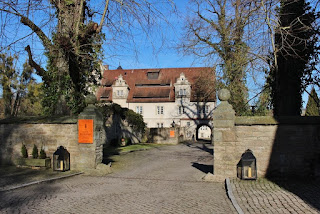 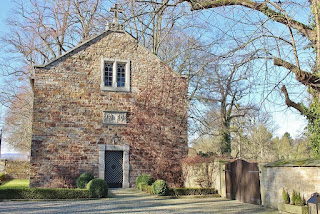 Meanwhile, the 20th century brought about major changes to the castle. After various changes of possession within the family, the castle was put under forced administration of the knightage in 1907. A year later, the wing facing the pond burnt down. In 1919, the castle was sold by Baron Burchard of Münchhausen bringing an end to almost 400 years of noble history, as a relative put it: "One century of Schwöbber I knew... The glory of the house I saw. In rag shops it ends, 16 furniture vans full of Schwöbber."

It was the new owner, a businessman and plant breeder, who restored the castle and gave the interior a makeover bringing together Gothic, Baroque, Roccocco, Classicist and Symbolic influences and leaving little of the original interior architectural style. However, the new glory days weren't to last. While Schloss Schwöbber was used to store away artworks from Bremen during World War II, it later became a continuation school for teachers before it fell into ruins. The decay of the castle went on until the early 2000's when a couple who had made a fortune in the retail industry bought the castle, restored it and opened a five-star-hotel in the Schloss. Quite a happy ending, non?!
2019 Germany Hameln-Pyrmont Lower Saxony Münchhausen