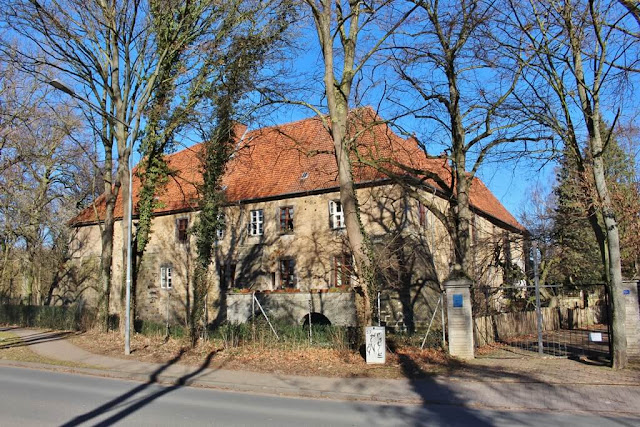 Schloss Lauenau actually is one of three castles in the village of Lauenau near Hanover, the other two being Schloss Meysenbug and Schloss Schwedesdorf. (And no, yours truly wasn't aware of this tiny village's castle density up until weeks ago which just goes to show that I'm a bad Castleholic because I live about half an hour away. Anyway...) Because of the many castles in Lauenau, this one is also oftentimes referred to as the Wasserburg, which simply describes what it is: A moated castle. Most famously, the Schloss was used to hold Sophie Dorothea of Hanover, wife of the future King George I of Great Britain, for three months in 1694 and 1695 before her trial over her affair with Count Philipp Christoph of Königsmarck. She was later moved to Schloss Ahlden where she lived for the last thirty years of her life becoming known as the 'Princess of Ahlden'. 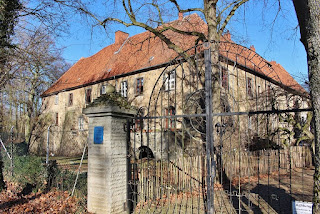 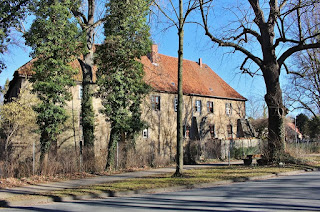 The history of Schloss Lauenau, however, goes back much further. The first castle on the same site was actually erected by none other than Heinrich the Lion in 1190. The current castle dates back to the days of the Weser-Renaissance when Count Otto IV of Schaumburg-Holstein built it on the grounds of the previous castle between 1565 and 1572. It later came into the hands of the Guelph family. Until 1859, the Schloss was used as an official building. Following the annexation of the Kingdom of Hanover by Prussia in 1866, Schloss Lauenau became part of a state domain. In 1950, it was sold and came into the hands of private owners which it remains in to this day.
2019 Germany Guelphs Lower Saxony Schaumburg