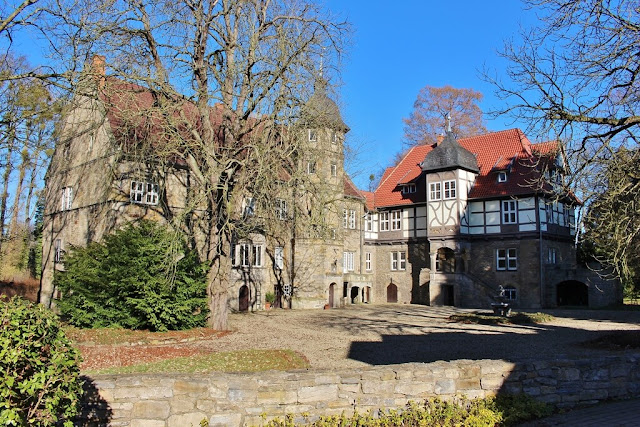 It's time to have a look at yet another castle of the Münchhausen family: This time around it is Schloss Schwedesdorf, one of the three castles in the village of Lauenau near Hanover. While they are most famous for their family member who liked to tell tall tales, the Münchhausens made a considerable fortune during the 16th and 17th century as leaders of mercenary forces fighting for various European rulers. With their new-found wealth, they became some of the most important castle builders of the Weser-Renaissance period. While the Black Line of the Münchhausens may have had more famous family members, the White Line was also quite successful - and it was a member of the White Line who built today's castle. 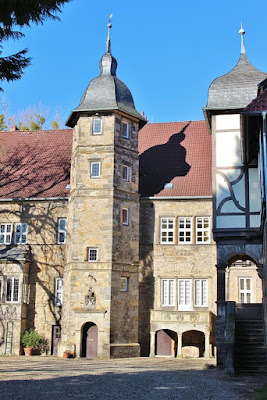 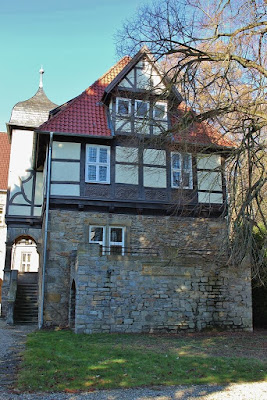 Already since 1377, the Münchhausens held a fiefdom granted by the Counts of Schaumburg and Holstein in the municipality of Lauenau, at the time still known as Schwedesdorf. In 1594, three brothers divided the family's assets amongst themselves. While the oldest received Schloss Münchhausen in Apelern, which we are going to have a closer look at sometime soon, and an estate in Niendorf, the youngest son got an estate in Hessisch Oldendorf as well as Rittergut Remeringhausen. The middle son, Otto, was given the estate in Lauenau. Two years later, Otto, who had been the bailiff of nearby Schloss Lauenau since 1583, commissioned architect Johann Hundertossen of Hamelin to draw up plans for his own castle. 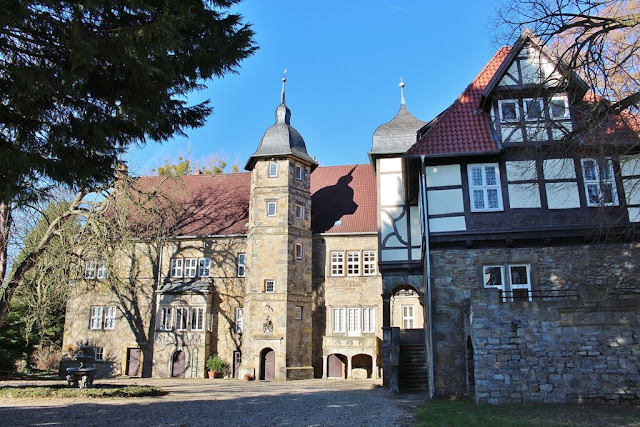 Construction on the two-winged Schloss Schwedesdorf was finished in 1600 as shown by an inscription on the castle reading, "Otto von Munnichhusen, Anno domini 1600". However, Otto wasn't able to enjoy his Schloss for very a long time as he died a year later from a wound he suffered during a duel. A few years later, the prominent stair tower was added to the castle. Later on several changes to the castle were made towards the end of the 19th century by Neo-Renaissance architect Hermann Schaedtler. Schloss Schwedesdorf in Lauenau is one of the (approximately) six historic estates still owned by the Münchhausen family.
2019 Germany Lower Saxony Münchhausen Schaumburg