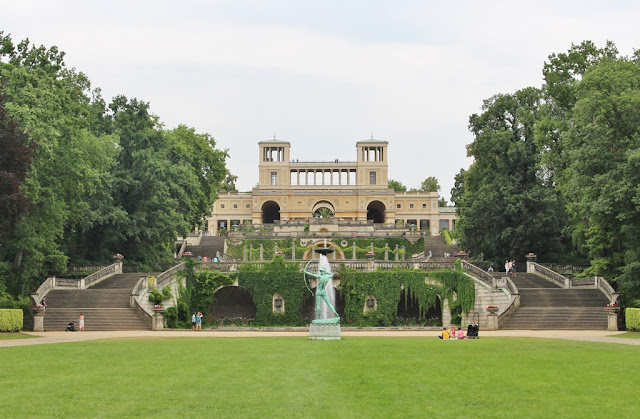 Rounding off our series of posts on the plentiful palaces of Potsdam - because I will need to do some more castlehunting before when can delve deeper into the other handful of Prussian palaces in the capital of the German state of Brandenburg - is the Orangerieschloss, also known as the Orangery Palace. The palace owes its existence to King Friedrich Wilhelm IV and was originally planned to be part of a larger ensemble. 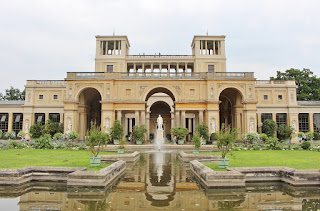 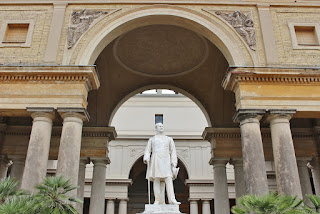 Friedrich Wilhelm, known as "the Romantic on the Throne", wished for a triumphal road imitating a Roman via triumphalis leading some two kilometres through Potsdam. He intended to incorporate several already existing buildings as well as temples, palaces and viaducts. Already during his time as Crown Prince, Friedrich Wilhelm studied the Renaissance style and later travelled to Italy drawing inspirations from both. However, because of the political unrest of the period and lack of funding, the project was never fully carried out. The Orangerieschloss as well as a triumphal arch were the only parts realised. 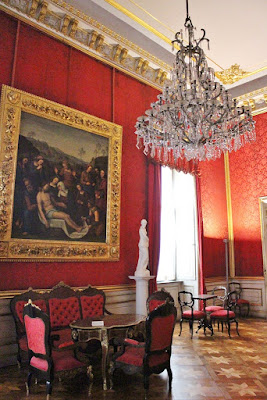 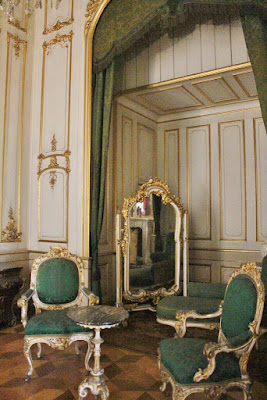 It was the King himself who drew up the first plans for his new palace. He later commissioned architects Friedrich August Stüler and Ludwig Ferdinand Hesse to turn his drawings into reality. The building was erected in the style of the Italian Renaissance taking both inspirations from the Villa Medici in Rome and the Uffizi in Florence. Construction on the middle part of the building started in 1853 with the outer works being finished five years later. 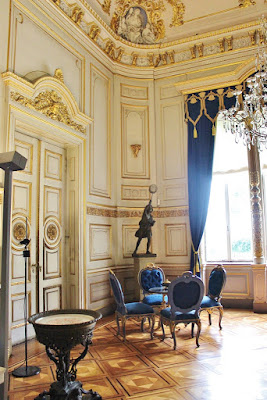 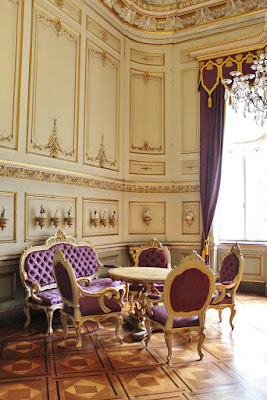 The centre part of the Schloss also is the actual residential palace with the outer parts used as orangeries, hence the name. In October of 1858, the ill King Friedrich Wilhelm IV named his brother, the future Emperor Wilhelm I, as his regent and travelled to Italy to convalesce. During his time in Italy, the King purchased several statues and other pieces of art to adorn his palace. However, by the time Friedrich Wilhelm IV died in 1861 after suffering from several strokes, it was his brother Wilhelm who finished the construction works. 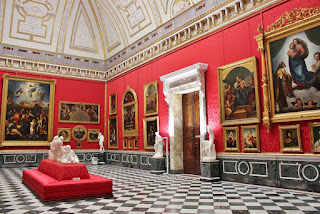 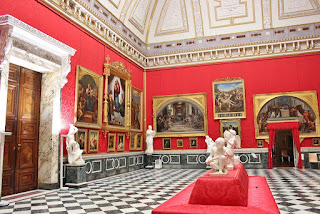 Measuring 304 metres in length, the Orangerieschloss is the longest building in Park Sanssouci. The star of the palace's show undoubtedly is the magnificent Raphael Hall featuring some 30 copies by 19th century German artists of the works of the Italian Renaissance painter Raphael, including his famous Sistine Madonna, collected by the father of both Friedrich Wilhelm IV and Wilhelm I. While royal apartments are included in the palace, it was never really used as a royal residence. It is actually not even sure for whom the palace was intended for by Friedrich Wilhelm. 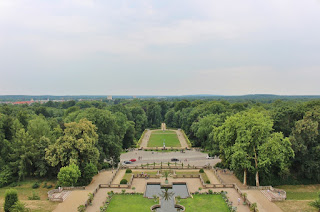 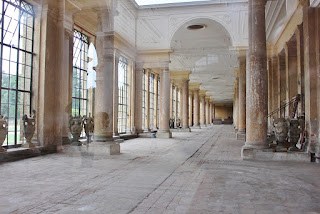 Apart from its usage as a place to display art and to store plants, the palace was also used as a temporary home for high-ranking guests, among them Russian Empress Alexandra Feodorovna, the widow of Tsar Nicholas I née Princess Charlotte of Prussia, King Carol I of Romania, Naser al-Din Shah Qajar of Persia, King Umberto I of Italy and Zaifeng, Prince Chun. After the end of the monarchy, the palace came into the hands of the state and remains so to this day.
2018 Brandenburg Germany Hohenzollern Potsdam Prussia