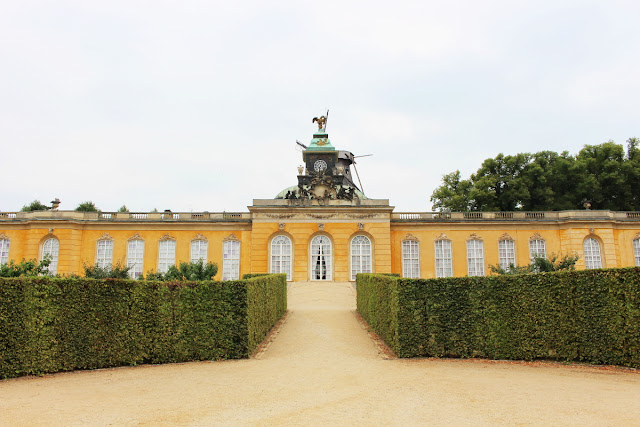 Pssst, today we cover the insider tip of Potsdam's magnificent palaces nestled away in Sanssouci Park. While Schloss Sanssouci itself may have been the most famous of the Potsdam palaces I visited earlier this summer, there was one that was equally impressive but much less visited: The Neue Kammern or New Chambers. It was the party and guest house of Friedrich the Great, so to speak. As Schloss Sanssouci is only a fairly small palace and was exclusively used as a private residence by the King of Prussia, he was in need of a place where splendid balls could be held and his guests could spend the night. 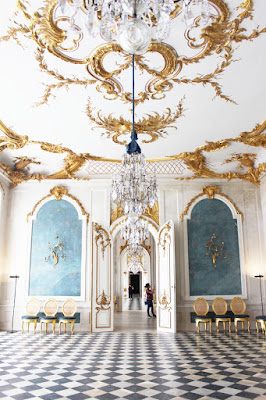 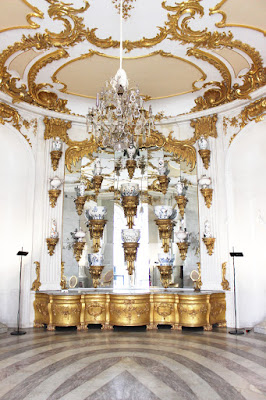 The New Chambers are located to the west of Potsdam's most famous palace serving as a pendant to the Picture Gallery, which lies to the east. The interior of the Neue Kammern was constructed between 1771 and 1775. Already in the late 1760's, Friedrich the Great reached the decision to have the orangery building located on the same site redesigned into a guest palace. It had been built 20 years before by Georg Wenzeslaus von Knobelsdorff. While the exterior of the building remained largely the same, the interior got a splendorous makeover if there ever was one. Friedrich commissioned master builder Georg Christian Unger to carry out the works. 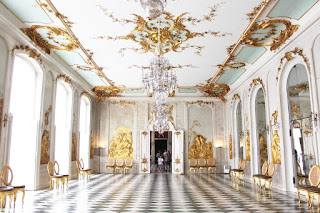 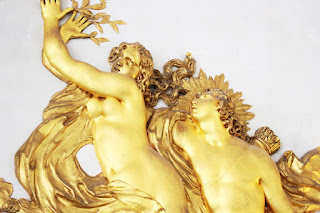 The palace includes a succession of elaborately decorated banquet rooms and suites furnished by the leading artists of the time. The decoration of the rooms is characteristic of a late and high-quality Rococo style, also known as Frederician Rococo, an architectural style developed in Prussia during the King's reign combining influences from France, other German states, especially Saxony, and the Netherlands, while other states and architects were already moving on to the Classicist style. 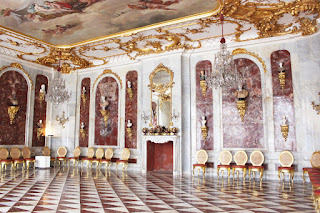 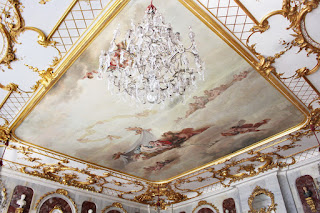 While the eastern parts of the palace include an array of sumptuous festival halls, the western part is home to seven apartments to be used by the King's guests. The highlights of the New Chambers include the Jasper Hall at the centre of the palace. Its walls are lined with precious jasper and adorned with ancient busts. The room is literally topped off by a ceiling painting with a scene portraying Venus who represented 18th century ideals of the paradigm of beauty. The Neue Kammern also include a concert hall surrounded by gold bas-reliefs of mythological scenes and guest rooms paneled in inlaid wood. 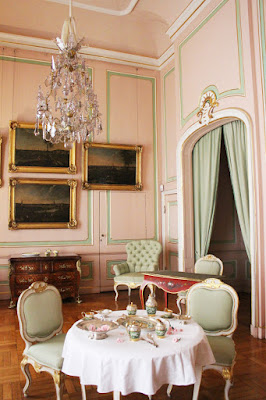 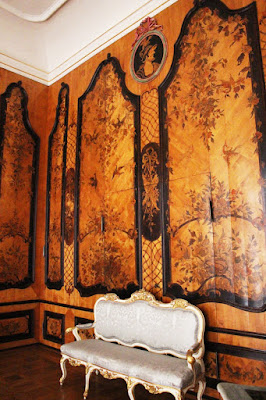 While its interior is maybe one of the most splendrous of all of Potsdam's palace's easily rivaling Schloss Sanssouci itself, its exterior recalls its days as a simple orangery. The most obvious change to the exterior of the palace during the redecoration of its interior by Unger was the addition of a cupola on the middle section to at least make it look a little more palace-like. Maybe it is the rather unimpressive facade that makes the New Chambers a sight often skipped by tourists? Don't make the same mistake though and make sure to head to this little treasure when you visit Potsdam! Even on busy days you will find a moment to twirl around (almost) on your own in these beautiful halls.

Good to know:
For information on how and when to visit the Neue Kammern, have a look here.
2018 Brandenburg Germany Hohenzollern Potsdam Prussia