A Royal Celebration: The Origins of the Oktoberfest

September 05, 2018
When the average person thinks of a "German", they probably think of a beer-loving and sausage-eating individual dressed in Dirndls and Lederhosen. The reason for this stereotype? Probably the Oktoberfest, the world's largest beer festival and funfair taking place in Munich - and here's the unexpected twist - from mid-September to the first weekend of October every year. But did you know that the Wiesn, as they are also known in Germany, boast a very royal origin? 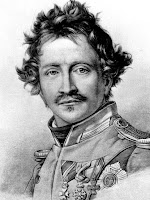 In 1810, Crown Prince Ludwig of Bavaria, the future King Ludwig I (grandfather of the much more famous Ludwig II), married Princess Therese of Saxe-Hildburghausen. Surrounding their wedding on October 12, there were several public and private celebrations held over five days. On one of the last days of the celebrations, the citizens of Munich, the Bavarian capital, were invited to attend festivities held on the fields in front of the city gates to celebrate the happy royal event. The fields were named Theresienwiese (Therese's meadow), now colloquially simply known as Wiesn, in honour of the new Crown Princess.

The agenda for the day included horse racing, exhibition and show. The Theresienwiese was the ideal spot for the event as it included a natural hill, today known as Theresienhöhe (Therese's hill), for some 40,000 spectators to stand on to watch the races. Several food stands were situated all over the vicinity. Before the races took place, the royal couple was celebrated with a parade of children wearing the different regional costumes of Bavaria as well as performances by a children's choir before State Minister Count Maximilian von Montgelas could hand over the gold medal to the winner of the horse race. 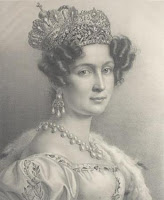 It was soon agreed that due to its popularity, a similiar celebration would take place on the Theresienwiese every year. While the Oktoberfest didn't take place in 1813 due to the Napoleonic Wars, it grew in size with every year and trees for climbing, bowling alleys and swings were added. In 1820, the first merry-go-round was up and running. The costume and riflemen parade taking place on the first Sunday of the Oktoberfest also has its origins with King Ludwig and Queen Therese of Bavaria, whose wedding sparked the whole festival. In honour of their silver wedding anniversary, a traditional costume parade took place in 1835 for the first time. Taking place again in 1895, it is now a permanent feature of the Wiesn showcasing traditional costumes from all over Bavaria, the Alpine Regions and Germany - cause one Dirndl is not like the other and neither is a Lederhosen. (Because a Dirndl pretty much is a modern version of the traditional garb.)

The festival now last for 16 days. While the Oktoberfest originally took place in October, it was later moved to the last weeks of September in the hope of better weather. Now the first weekend of October traditionally marks the last weekend of the Wiesn. (If the first weekend falls before October 3, the Oktoberfest is extended for a few days as the day is a national holiday in Germany.) Every year about six million people visit the Oktoberfest with 60,000 hectolitres and 500,000 roast chicken being served - not too shabby for a festival that started out as a wedding celebration some 200 years ago, eh?!
CastleTalk Wittelsbach