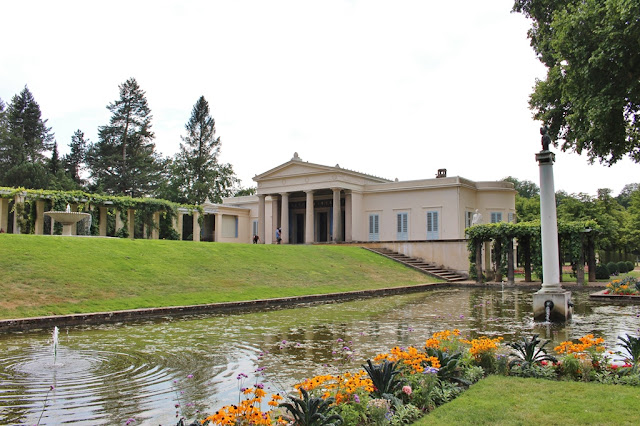 Schloss Charlottenhof is perhaps the least known of the plentiful palaces of Potsdam - and not to be confused with Schloss Charlottenburg in nearby Berlin. The Charlotte giving her name to this little treasure was not a royal one though but instead the palace was named for Maria Charlotte von Gentzkow who owned the estate that later became part of Sanssouci Park at the end of the 18th century. After it changed hands several times, King Friedrich Wilhelm III bought the land and gifted it to his son and heir, the future Friedrich Wilhelm IV, and his wife Elisabeth Ludovika for Christimas in 1825. 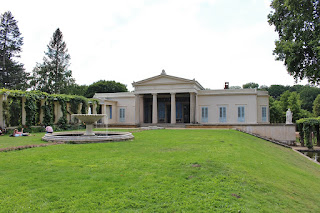 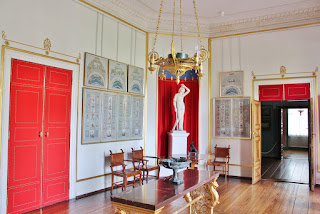 The Crown Prince commissioned architect Karl Friedrich Schinkel to build a new palace on the previously existing structures of a country house formerly belonging to Jan Bouman, castellan of King Friedrich II. The new Neo-Classical palace took its inspirations from Italian country houses and Roman villas. The project was completed at comparatively low cost from 1826 through 1829 also with the help of Schinkel's student Ludwig Persius. 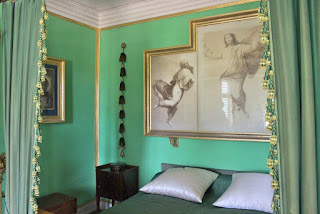 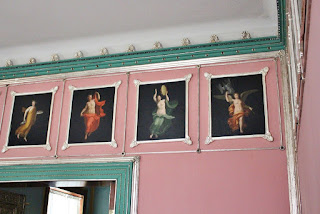 Though it was officially known as Schloss Charlottenhof, Crown Prince Friedrich Wilhelm liked to call his summer residence "Siam", which at the time was considered "the Land of the Free". Having been heavily involved in the design process, he referred to himself jokingly as the "Siam-house architect". Called the "romanticist on the throne", he was committed to the world of arts and architecture. Coming back from a journey to Italy he presented to Schinkel a sketch for a little castle that his architect transformed into Schloss Charlottenhof. 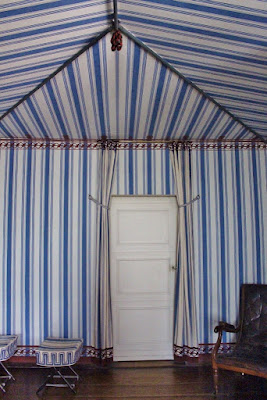 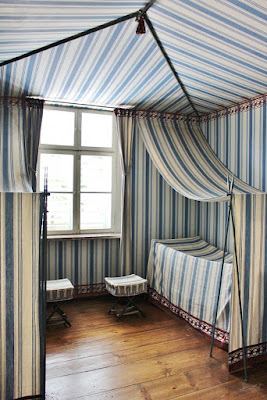 Schloss Charlottenhof and its rather simple Neo-Classical style are quite a difference to many of the other plentiful palaces of Potsdam. The furniture, for the most part designed by Schinkel, is remarkable for its simple and cultivated style. Yet the palace does have a few special rooms including the "tent room" taking its inspirations from a Roman Caesar's tent. Both ceiling and walls are adorned with blue and white striped wallpaper and the window treatments and bed tent and coverings continue the same design. One of the most famous guests who spent time in the tent rooms was explorer and natural scientist Alexander von Humboldt. All ten of the palace's rooms are fully preserved in their original state. 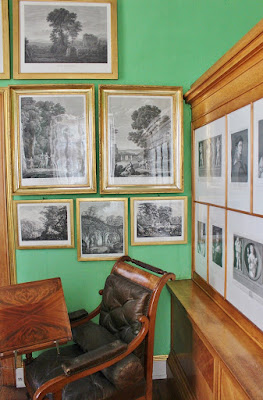 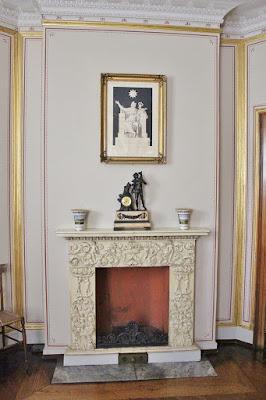 The Italian flair of Schloss Charlottenhof is underlined by its surrounding gardens created by landscape architects Hermann Sello and Peter Joseph Lenné. The garden combines geometric and natural designs - a novelty at the time of its creation and considered to resemble Italian landscape architecture.

Good to know:
Information on how and when to visit Schloss Charlottenhof here.
2018 Brandenburg Germany Hohenzollern Open Potsdam Prussia