Kate vs. Meghan: Feuding Princesses - A Tale As Old As Time 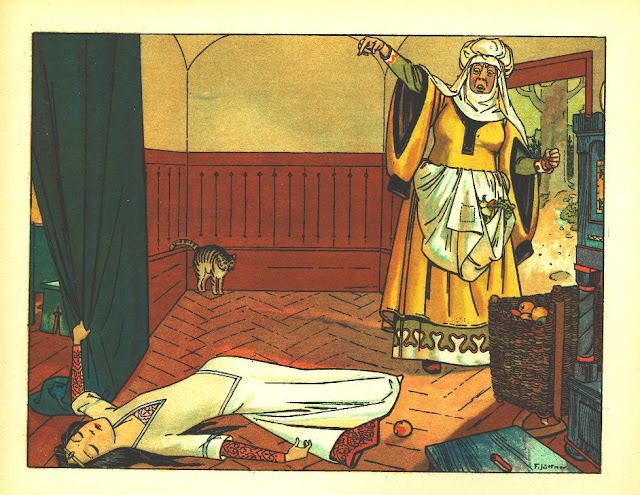 It is a truth universally acknowledged that every royal woman must secretly hate her sister-in-law, mother-in-law or whoever else may make for a good headline. No, they can’t just get along or even be friends – how dare they? That would be so boring! It’s not just the headlines of the glossy magazines but also many royal watchers out there who constantly pit royal ladies against each other. The Duchess of Cambridge and Meghan Markle are just the latest addition to the club. Unfortunately, it's far from the first time two royal women have been put against each other, even if there's no proof to back up claims of a feud. It's a tale as old as time: Snow White, anyone?

In modern times think Queen Letizia of Spain and Crown Princess Mary of Denmark when they first got married at roughly the same time, Princess Madeleine and Princess Sofia of Sweden, Diana, Princess of Wales and Sarah, Duchess of York as just some examples of recent years - while many "rivalries" eventually die down to a certain extent, it seems to be a universal sport to make it a competition as soon as someone enters the scene.

Their pre-royal life, their manners, their sense of style, the way they speak, their families, the way their significant other looks at them – everything they can and cannot control is suddenly part of the competition. Of course it is natural that for explainable and unexplainable reasons we have our favourites, but why does everything have to be a popularity contest? While in the eyes of the public royal men can be friends, royal women simply cannot be supportive of each other - and neither can their admirers it seems.

Somehow there has always been a stigma out there that women simply don’t work well together. But truthfully, I have never met women like this. For most of my teenage and adult years, I remember hearing and reading in the media and popular culture about the constant battles between women when they are together - but I have never seen it in real life. Yes, there may be women I don’t get along with particularly well, but there are just as many men. Us being females isn’t the reason why we lack common ground but because we have fundamentally different views on life and work. Yes, women can be bitchy about one another, but, from my personal experience, I can tell you that they are much more supportive than anything else. Both in my circle of friends and at work, women are the ones I call on first when I have a problem.

Constantly pitting women against each other is a pretty crappy method of keeping women down and drowning out their voice. The other week Meghan Markle said during an event, "Women don’t need to find their voice. They have a voice, they need to feel empowered to use it and people need to be encouraged to listen." Many royal women use their voice for various causes. Just like royal men though, they are limited about what they can and cannot say by the constraints  put on them by the institution that is the monarchy. But still royal men manage to get their message across much easier. Whenever the Duke of Cambridge and Prince Harry step  out in the limelight, I hardly see headlines reading "Kate Middleton and Meghan Markle in ‘royal rivalry’ over Diana’s People’s Princess crown", "Move over Kate Middleton – Meghan Markle’s Diana-like confidence wins the body language battle" or "Meghan Markle Finds Prince Harry Can’t Stop ‘Jealous’ Kate Middleton & Princesses Royal Feud".

Yep, those are all real-life headlines though I couldn't bother linking the actual articles. It simply seems unimaginable to some that women can be friendly and just coexist. Are Meghan and Kate the closest of friends? Probably not. Are they embroiled in a bitter feud? Probably neither. So instead of taking down another royal to build up your favourite, why not take the opportunity to learn about the cause they are supporting and listen what they have to say. Tearing one (non-)royal down to build another one up makes you a bully and says more about yourself than anything else. Here's hoping that the next time news of a so-called feud among royal women makes the headlines, everyone will simply choose to ignore and not fuel it but instead focus on what matters.