CastleTalkNoMore? Can I Go On like This Talking About Castles and Palaces? 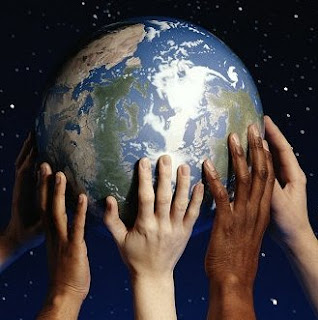 Can I go on like this talking about castles and palace? That's a question that has been lingering in my head for quite a few days now. You may have noticed, that I have published quite a few posts as of this last week. That is because I enjoy blogging and writing, here and on Luxarazzi, and currently do so whenever time allows. A while ago, I talked over there about blogging not always being easy and there being waves of personal interest. Since then, I have found myself on a surge of a wave again. So you may ask yourself, why I am asking myself this question?

You see, I am a political person by nature. Somehow, I have been like that for as long as I can remember. I think I was about 13 when I read a biography of Willy Brandt, the German chancellor who was awarded the Nobel Peace Prize in 1971 for his efforts to strengthen cooperation in western Europe through the European Economic Committee (EEC) and to achieve reconciliation between West Germany and the countries of Eastern Europe. Much like my interest in history and royalty, I can't really tell you where my political interest stemmed from. It has just always been there. During my teenage years, I was a member of the youth parliament of my hometown. And while my active political involvement faded after that, I still interned with a Human Rights Organisation during my university years.

So, can I really go on like this talking about castles and palaces in the way I do with everything that goes on in the world right now? I am very aware that the current development aren't new, that there have been horrible things going on for many, many years and that many of the buildings I talk about on this blog weren't built by people who I would like and support politically these days. There were racists among them, anti-Semites, misogynists, nationalists, and about every evil trait you can imagine. The things is, I had thought that we had come a long way from this. In retrospect, I know that it was probably naive of me to think that at least the Western world had, for the most part, risen above our sins of yesterday but we haven't.

On Friday was Holocaust Remembrance Day and the new U.S. President Donald Trump decided to mark the day remembering six million Jewish people killed during Nazi reign in Germany by stigmatising and banning another religious group from entering the United States, "the land of the free" as we thought. Instead, Trump banned people from Iraq, Syria, Iran, Sudan, Libya, Somalia and Yemen from entering the U.S. stating he wanted to keep out "radical Islamic terrorists". No one doubts that there may be "radical Islamic terrorists" among people seeking refuge all over the world, but the things is, the wide majority of them are not. Do people supporting Trump's decision actually realise who the refugees are fleeing from? Yes, they are fleeing from the terrorists that have hijacked a religion for their own purposes.

There are 1.6 billion Muslims in the world and they are just simple people who want to live a free and happy life like you me. Don't throw them all in one bag - I certainly wouldn't want to be put into the same bag as the 2.2 billion Christians out there or the 82 million Germans. Because, you know, there are Christian terrorists and there are German fascists. Yes, even though Germany is a land that one would have thought should have learned from its past, quite a few Germans seemingly haven't. The same right-wing movement that has been gripping most of the Western nations over the past few years, it also prominent in Germany - and there is a national election coming up this year.

Actually, many of the people supporting the AfD, or Alternative for Germany, would probably call me a Gutmensch. The term itself has been around for quite some time though it gained momentum during refugee crisis when Germany took in over a million people fleeing from the Middle East and Northern Africa. Gutmensch, which literally means 'good human', vilifies people who welcomed refugess and were ready to help them as naive, stupid and unworldly. However loudly we recite the lesson of the Holocaust - “Never Again!” - we always seemed unable to prevent new mass killings: Kosovo, Rwanda, Darfur, Iraq, Syria, to name a few, but now it starts to hit home.

Why am I speaking about this on Castleholic, a blog supposedly dedicated to find the prettiness in castles and palaces on and off the beaten track? I was inspired by the wonderful Ella of The Court Jeweller and a few tweets about the upcoming visit of the U.S. President to the United Kingdom of her's including this one:

@SydneyLux I think lots of us are having to really consider the implications of what we write lately -- even on blogs about pretty jewels.
— Ella Kay (@courtjeweller) January 27, 2017

And that's true. We should all be careful what support we show during this trying time and what the implications of our actions are. We all have a voice. No matter how small the space is we have to use it, we should all speak up. Speak against the things that bother us and against decisions that are taken to divide us. So yes, I will go on with Castleholic. I will go on writing about the beautiful world of Germany's and Europe's castles and palaces - and maybe also beyond that if I make it to another continent featuring royal residences in the future - as I realise that this is also a place of escapism for many people, as it is for me. But I will also use whatever little voice I have to speak about things that bothers me - occasionally here or more regularly on Twitter - or to put it into the words of German Pastor Martin Niemöller about the behaviour of German intellectuals during the rise to power of the Nazis: