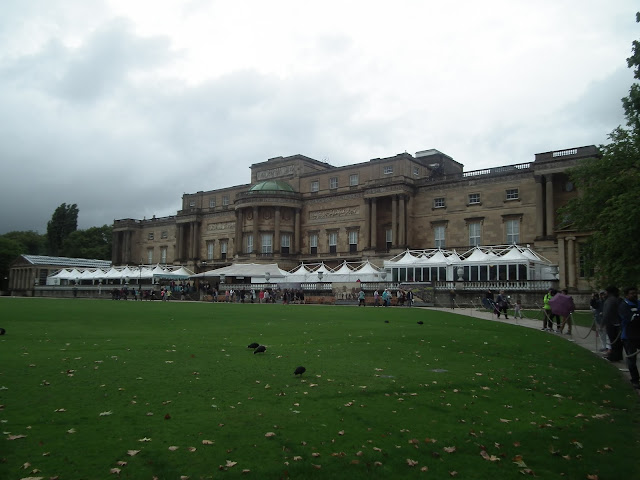 Last week I had the chance to visit London during my summer holidays. Not only that I think that the capital of the UK is always worth visiting but to visit Buckhingham Palace makes it even more worth to go.
﻿﻿
I booked my ticket almost four months ago, so I was quite excited when I finally entered the security area. The security staff was really friendly and helpful and entering the palace after a security check wasn't as difficult as expected. Unfortunatly taking pictures during the audio-guided tour is prohibited, but luckily you can buy an exhibition catalogue by curator Anna Reynolds.
﻿﻿
This years exhibition motto is "A Royal Welcome - Making magnificence at Buckingham Palace" and presents the work behind state visits, receptions, Investitures, private audiences and garden parties. As a result of all these events, 62,000 guests are welcomed at Buckingham Palace. 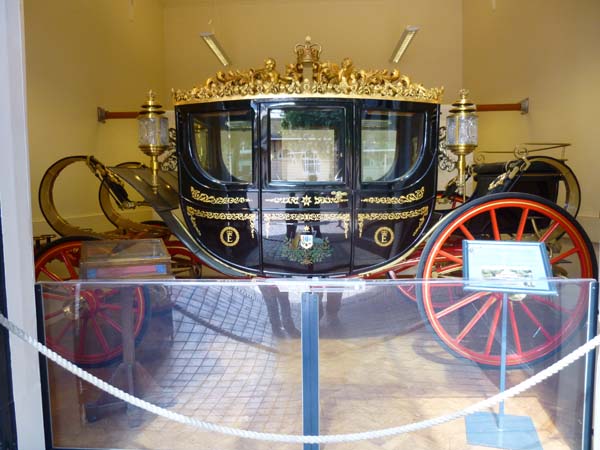 For the first time the visitors of the annual summer exhibtion could enter Buckingham Palace through the Grand Entrance into the Grand Hall which is normally reserved for guests who are personally invited by the Queen, e.g. Head of States or Prime Ministers. Here you can see the Australian State Coach (it is normally on display at the Royal Mews) from 1988. It was used for the arrival of the President of Singapore during the 2014 State Visit to the UK.

After that the visitors walk upstairs via the Grand Staircase, which leads you to the State Rooms that are still in use today. Like most parts of the building and the interior it was designed by John Nash under King George IV.


While walking through the exhibition you enter many of the State Rooms like the Blue Drawing Room and the White Room, which are both used as reception rooms nowadays. Interestingly, in the White Room there is a hidden door behind one of the mirrors which leads to the private rooms of the family. ﻿﻿ 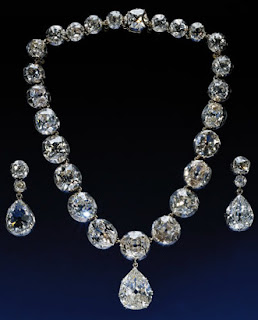 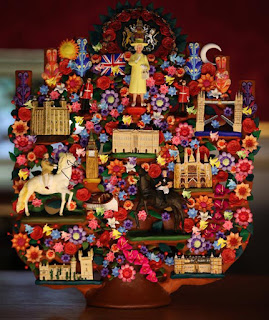 In the Music Room the baptisms of the Prince of Wales and the Duke of Cambridge respetively took place. Here you can also see three outfits worn by the Queen during different garden parties.

Inside the Dining Room several gifts which were given to the Queen by foreign Heads of State are displayed. For example, you can see a ceramic 'Tree of Life" which was given to her by the President of Mexico in 2015.

I have two personal highlights of the exhibiton. My first highlight is  the 47-metre long Picture Gallery in which paintings of Vermeer, da Vinci, van Dyck and many other great artists are on display. Not only the size of the room is impressive but also the amount of art which is shown. My second highlight is the Ballroom. While walking towards the Ballroom you learn a lot about the work which takes place before an official banquet during a state visit can even start.

The visitor can learn how the invitations for a state banquet are made, how the kitchen prepares the food and how the table is laid. Here you can also see the outfit the Queen wore for the arrival of the President of Singapore in 2014 plus four of the Queen's evening gowns which she wore at different state banquets (the Singapore state banquet in 2014, the Chinese state banquet 1999, the U.S. state banquet in 2011 and the Finnish state banquet in 1969). On display are also her family orders and the Order of Temask from Singapore, Queen Mary's Girls of Great Britain and Ireland Tiara, Queen Alexandra's Russian Kokoshnik Tiara as well as the Coronation set (earrings and necklace) and the Dorset Bow Brooch. 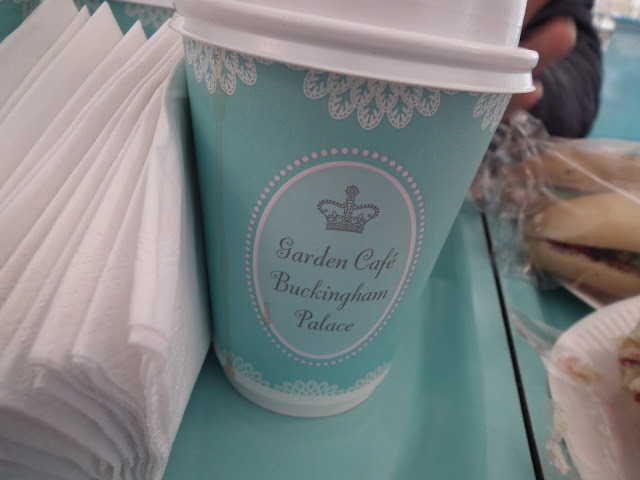 It is really impressive when you enter the Ballroom and the table is laid for 170 people including the original porcelain and flower arrangements.You can walk around the table and see every detail of the decoration. You can also stand behind the Queen's seat and overlook the whole banquet table.
﻿﻿﻿﻿﻿﻿﻿﻿﻿﻿﻿﻿﻿﻿﻿﻿﻿﻿﻿﻿﻿
At the end of the tour you are allowed to walk in the garden of Buckingham Palace, though you are not allowed to walk on the lawn. Here the three annual garden parties take place. This tradition can be traced back to Queen Victoria. There is a lovely Garden Café on the Palace's West Terrace where you can enjoy very tasty food and beverages. Also through the garden you can enter the souvenir shop where you can buy lot of merchandising, e.g. replica of Her Majesty's jewellery like the New Zealand Fern Brooch or Queen Victoria's Bow Brooch, homewear, china, accessories and other gifts.
﻿﻿﻿﻿﻿
Good to know:﻿
If you donate your entrance fee to the Royal Collection Trust (and get a stamp on your ticket) you are allowed to enter the palace again as often as you like in the upcoming year (until this year's exhibition ends on September 27 and during next year's exhibition until your ticket is a year old). The exhibition is open daily until September 27 between 9.30am to 6.30pm. More information about the exhibition can be found on the official website of the Royal Collection Trust.
Guest Post Special Exhibition 2015 United Kingdom Windsor