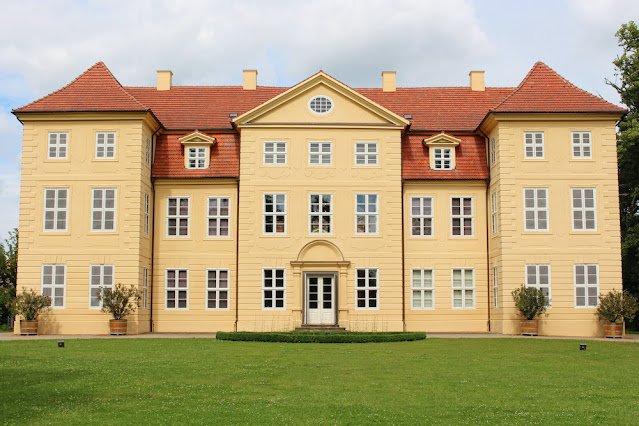 Truth be told, I haven't done a lot of castle hunting in Germany's most north-eastern state of Mecklenburg-Vorpommern. I have been to the Schloss in Schwerin and that's about it. As its name suggests, Mecklenburg-Vorpommern consists of two entities who do not share a lot of common history. Mecklenburg consists of the two former (Grand) Dukedoms of Mecklenburg-Strelitz and Mecklenburg-Schwerin as well as the part of the former Prussian province of Pommern that stayed German after the Second World War. Mecklenburg was for most of its history somewhat of a backwater without much political influence. Friedrich II of Prussia actually went so far as to call the Mecklenburg royals living at Schloss Mirow plain, uneducated and hilarious after visiting during the 1730's and coined the derogatory term 'Mirokesen'. But - depending on how well you know marriage politics of the European monarchies prior to World War I - what are small and insignificant but reigning houses good for? Their daughters of course. And so you may have come across a variety of Mecklenburg-Strelitz princesses who married into Europe's great dynasties including Queen Luise of Prussia and the British Queen Charlotte, wife of King George III. 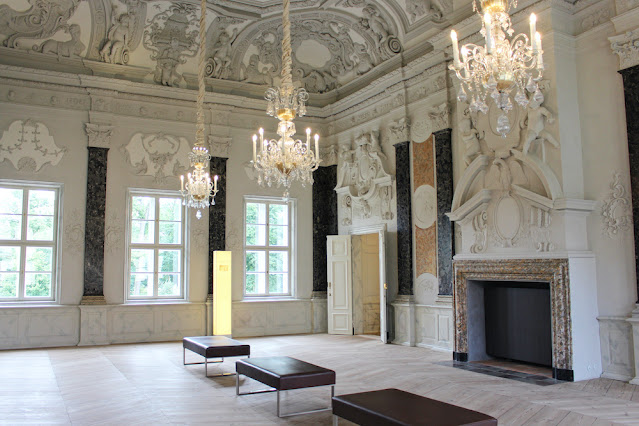 But now onto today's Schloss, a secondary residence and not one but two palaces of the Dukes of Mecklenburg-Strelitz in Mirow... The oldest parts of the current Schloss Mirow, located on a lake in a lake-rich region, date back to the year 1708. However, parts of the original building were heavily damaged during a fire a good thirty years later, so that much of the current shape of the Schloss owes is existence to Christoph Julius Löwe, who was commissioned by Duke Adolf Friedrich III, Charlotte's uncle, to rebuilt the palace between 1749 and 1752. Löwe took inspiration from French country estates of the time as Schloss Mirow was only a secondary residence of the Dukes of Mecklenburg-Strelitz. One of the few original rooms to survive to this day is the Baroque-style Great Hall created by Giovanni Battista Clerici in 1711. The Seven Years War halted the works on the interior Schloss Mirow and continued at the behest of Duchess Elisabeth Albertine a few years later. 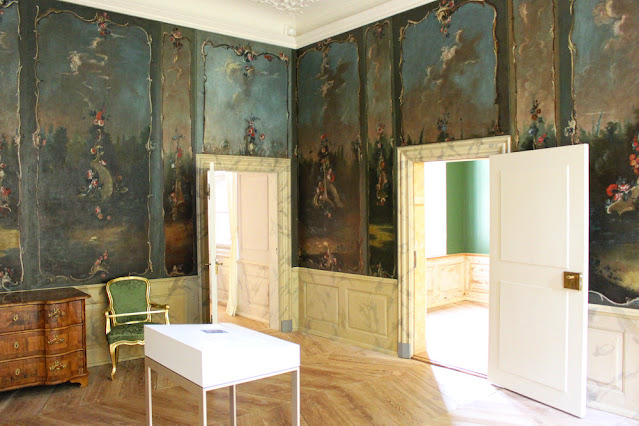 Even though it looks fairly modest for palatial standards from the outside, the interior could rival the most famous palaces of the day. Reports indicate that the interior furnishings were designed by the same artists that worked as Schloss Sanssouci in Potsdam. Unfortunately, little of it survives to this day. The (Grand) Dukes of Mecklenburg-Strelitz ceased using Schloss Mirow on a regular basis sometime during the 18th century. The continued to use the burial place in the church nearby but burials became about the only time they visited Mirow. So much of Schloss Mirow, which today serves as a museum, are actually 21st century reconstructions of a time gone by. Still, it is the last palace to give a glimpse into how the family of some of Europe's most famous Queens lived. The main residence of the family, the Residenzschloss in Neustrelitz, as well as the Neubrandenburger Palais were completely destroyed during the Second World War and only little of the summer residence Schloss Hohenzieritz remains. The Lower Palace in Mirow was destroyed during a fire and the other two other former palaces of the family now serve other purposes.
Mecklenburg Mecklenburg-Vorpommern Mecklenburgische Seenplatte

King Friedrich II of Prussia is famous for many things: His victories on the battlefield that made Prussia one of the leading European powers, his support of the arts, his endorsement of the Enlightenment - and for bringing the potato to Prussia and thus to Germany. While it's hardly imaginable today considering the Germans' love for all things potato, his subjects initially weren't too happy about this strange and exotic plant coming from South America. Friedrich the Great, locally also known as Old Fritz, introduced the potato to the Kingdom of Prussia in 1743. All throughout the 18th century, famines had ravaged Europe and led to the starvation of thousands of people. Friedrich recognised the affordable and nourishing qualities of the new vegetable previously only thought to be fit to feed animals. However, his people weren't having it. Despite royal orders, the Prussian people were reluctant to grow and eat potatoes.  But Old Fritz had a plan: First, he
Read more