Three at One Stroke: Dornburger Schlösser 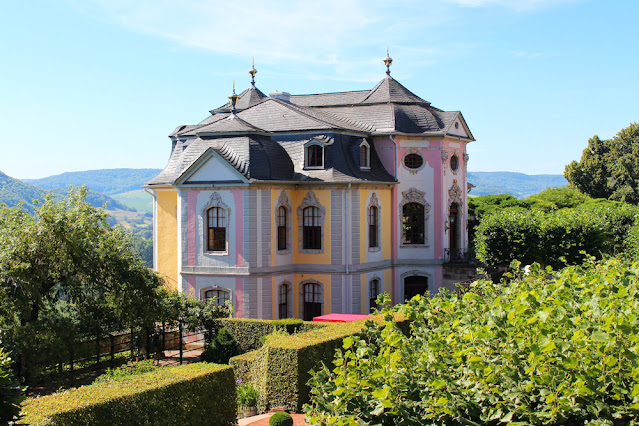 Why go to one castle if you can have three? The castles and palaces of Dornburg, all located within a few hundred metres, tower high above the Saale River in the German state of Thuringia offer exactly that possibility. All three of them were built during different periods of time and aren't actually the first castles to be located on this site. But instead of starting chronologically, let's first have a look at the newest and prettiest - yes, I'm shallow like that - of them all: the Rococo-Schloss. As the name suggests, the original Rococo-Schloss was built during the 18th century. In 1732, Duke Ernst August of Saxe-Weimar-Eisenach commissioned architects to build him a palace in Dornburg. The occasion? A planned military parade. (I guess you can only end up eccentric when you take August the Strong as your inspiration.) However, something must have gone wrong at the time. Soon after it was finished, the palace was demolished due to construction defects. 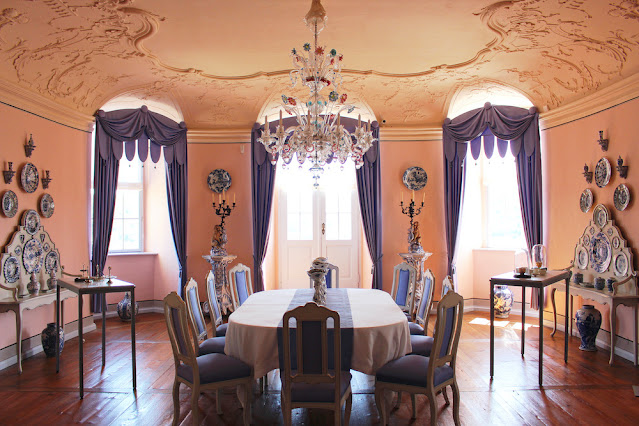 But we are looking at a Rococo-style palace in the pictures, aren't we? Yes, of course. Just a few years after the original Rococo-Schloss was demolished, it was rebuilt by architect Gottfried Heinrich Krohne. This time around a little sturdier. The ducal family of Saxe-Weimar-Eisenach, however, did not take a major interest in their new palace and hardly ever visited. Someone else though did: No other than German poet Johann Wolfgang von Goethe stayed at the Schloss whenever he visited Dornburg for his duties as a minister for the Duchy. Between 1816 and 1817, Grand Duke Carl August renovated the palace to be used as a summer residence. Shortly thereafter, the Rokoko-Schloss got its biggest role to date: It was here that, in the winter of 1818 to 1819, the first ever parliament of a constitutional monarchy in Germany met. 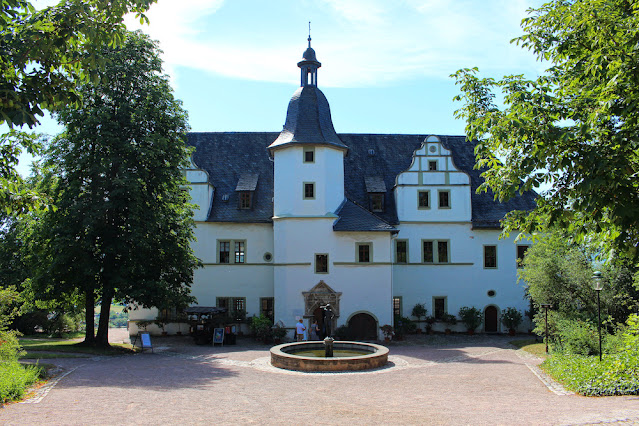 To the right - or the left depending on which way you look at them - of the Rococo-Schloss, you can find the Renaissance-Schloss. It is the second youngest of the three Dornburger Schlösser. Just like the Rococo-style palace, the Renaissance-Schloss can also boast a connection to Germany's most famous poet. It was here that that Goethe lived for a few weeks after the death of his patron Grand Duke Carl August. The history of the Renaissance-style castle, however, goes well beyond that of the Grand Duke's involvement in Dornburg. 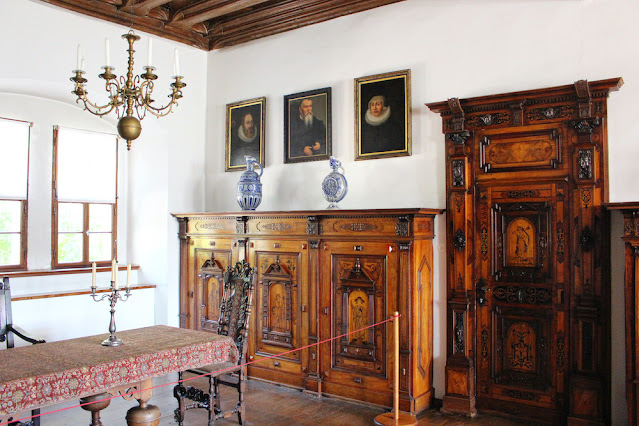 Built in 1539 by Volrad von Watzdorf, the Schloss first fell to the Ernestine line of the Saxon rulers in 1571 due to debts. Around 1600, the castle first came into the possession of the Zetschnig family and stayed with them for four generations. In 1715, it was purchased by the Arnold family who lost it due to debts as well. It changed hands a couple of times more, until it was purchased by aforementioned Grand Duke Carl August in 1824. Carl August had the castle extensively renovated and turned into a livable home. 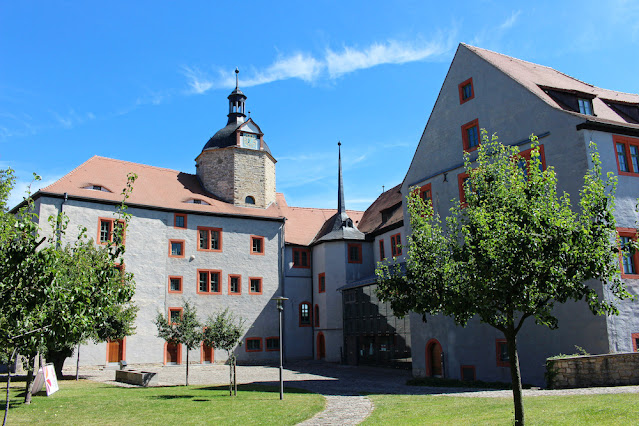 Last but certainly not least is the Old Castle of Dornburg. Unfortunately the only of the three castles you cannot actually see the interior of. Likely built around the year 1522 on the basis on a previously destroyed castle, it was extended between 1562 and 1573 under Duke Johann Friedrich II of Saxony. During its history, the Old Castle was used as a widow's seat for many years. During the first half of the 18th century, the castle lost its importance for the ducal family and instead became an administrative seat, factory and school. While there were some preservation works carried out by Grand Duke Carl Alexander during the late 19th century, it was never used by the ducal family again. These days, it serves as a community centre of a local university.
Germany Saale-Holzland Saxe-Weimar-Eisenach Thuringia Wettin