At first glance, Schulzendorf is just one of the hundreds of villages scattered in the vicinity of Berlin. At second glance, when driving through the village, it is hard to miss its unique selling point: It's Schloss. Located in the heart of the village and a former knight's estate, Schloss Schulzendorf owes its current appearance to Jewish businessmen Moritz and Richard Israel. The first castle on the same site, built during the late 17th or early 18th century, was owned by David Gottlob von Gersdorf. The military man sold the estate and castle to non other than King Friedrich Wilhelm I of Prussia in 1718. The Hohenzollern held onto the estate for a good 100 years until they sold it to Baron Eberhard von der Reck(e) in 1812 in order to generate liquid funds. It was von der Reck(e) who built the church located on the castle grounds. 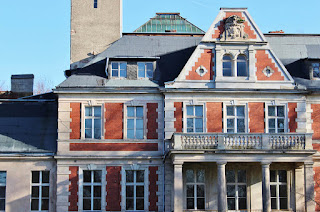 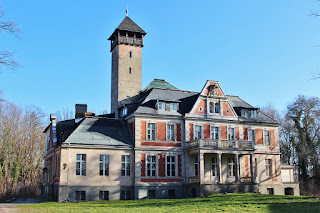 During the course of the 19th century, Schloss Schenkendorf changed hands twice more. First to Meyer Jacobson and, in 1888, to Moritz Israel. He was one of the heirs of the Kaufhaus Nathan Israel, Berlin's oldest and largest department store. Moritz actually sold his shares of the department store to his brother and invested the money in the purchase of his Schloss. In 1889, construction on a Renaissance-style castle commenced. 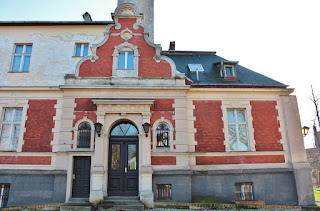 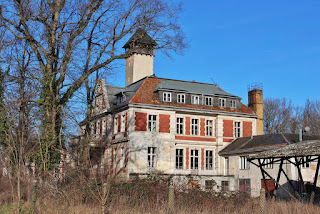 Perhaps the two most remarkable features of Schloss Schulzendorf are the high tower, which somewhat reminds me simultaneously of both castles in Italy and old German Bergfrieds or castle keeps, as well as a winter garden in the middle of the Schloss. You can still spot the glass roof in the pictures if you look closely. Soon thereafter, Moritz Israel gifted the castle to his son Richard and his new wife Bianca Cohn for their wedding. 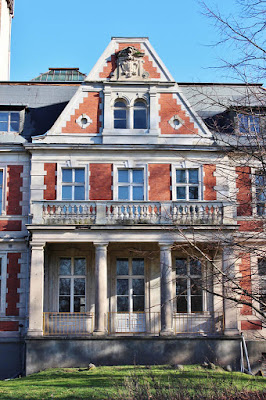 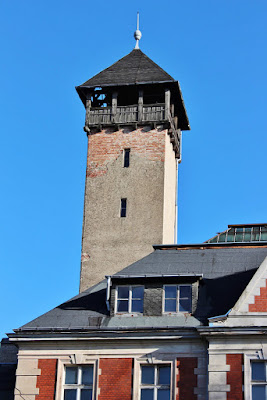 Richard and Bianca lived at Schloss Schulzendorf for the following decades and greatly promoted the development of the surrounding village, including the installation of electricity for everyone and the foundation of a school. However, their life at Schloss Schulzendorf sadly did not find a happy ending. In 1933, the Nazis took over government and life for the Jewish family got very difficult. With the last money, Richard and Bianca were able to help their children and grandchildren flee the country. They were dispossessed of Schloss Schulzendorf in 1939 and deported to Theresienstadt Concentration Camp. Richard Israel was murdered in 1943, his wife Bianca survived. 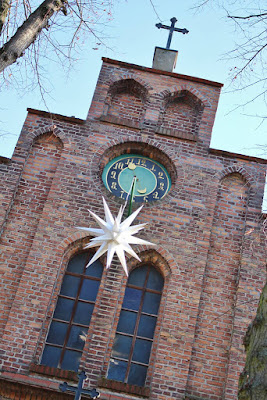 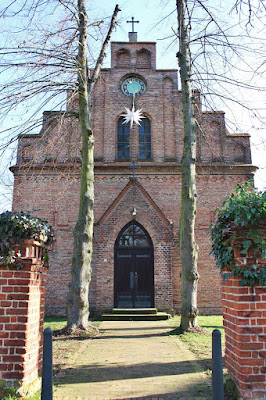 Schulzendorf being located in the former East Germany, the Schloss was seized by the Soviets following the Second World War. It subsequently came into the hands of the state. In 1993, Schloss Schulzendorf was returned to the heirs of the Israel family, who continue to own the castle to this day. It has fallen in a bit of a deep slumber over recent years with apparently no immediate plans for it. It looks to be in a somewhat reasonable good shape so let us keep our fingers crossed that new life will return to this beauty in the years to come.
2020 Brandenburg Dahme-Spreewald Germany Gersdorf Hohenzollern Israel (family) Prussia Recke