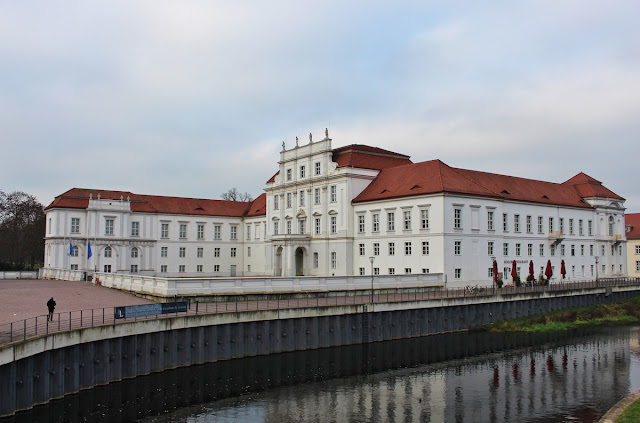 You would be forgiven to think that a castle named Oranienburg would be located somewhere in the Netherlands or at least the area in Germany where the the Dutch royal family's ancestors hail from. Located in the city of the same name just north of Berlin, Schloss Oranienburg does indeed have a Dutch connection even though it's located far away from the Netherlands. Originally the settlement was known by its Slavic name Bothzowe and later Germanised as Bötzow. At least two other castles, a fortified one and a hunting lodge, were located on the same site previously. 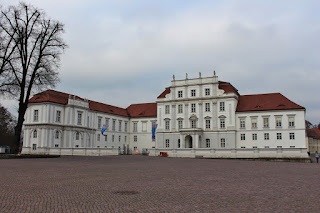 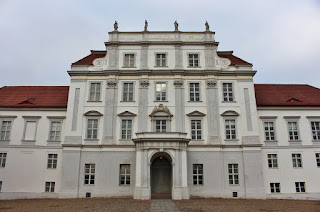 As the story goes, it was in 1650 that Elector Friedrich Wilhelm of Prussia, who later became known as the Great Elector, and his first wife Luise Henriette of Nassau, granddaughter of Willem of Orange, visited the area on a hunting trip. The young electress was immediately taken by the landscape as it reminded her of her home, the Netherlands. Later that same year, Friedrich Wilhelm gifted his wife with the Bötzow estate. 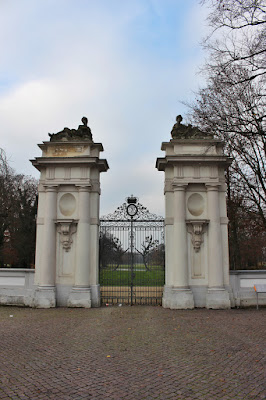 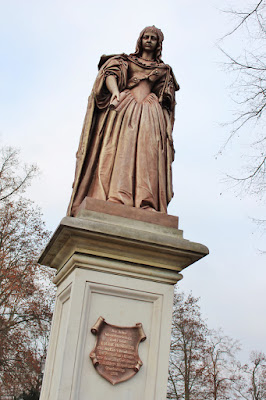 Luise Henriette, whose statue can be found in front of the palace, soon began to plan her country estate in the Dutch-style so familiar to her. Netherlands-educated Johann Gregor Memhardt was commissioned as the architect and construction started in 1651. Already a year later, Elector Friedrich Wilhelm first dubbed the new palace "Oranienburg" paying honour to his wife's family. A bit of a fun fact: There are -  or rather were - actually three more castles in Germany named for the Orange family. All of them were built for Luise Henriette and her sisters, who all married German rulers. There is also Schloss Oranienstein in Diez constructed for her next younger surviving sister Albertine Agnes as well as Schloss Oranienbaum in Anhalt for her other sister Henriette Catharina. The fourth palace, Schloss Oranienhof in Bad Kreuznach built for the youngest sister Marie Henrietta, does not exist anymore. 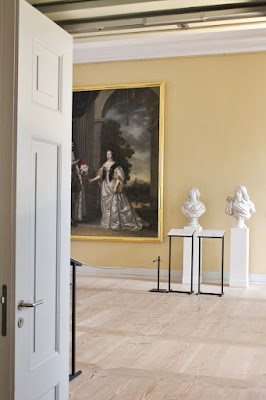 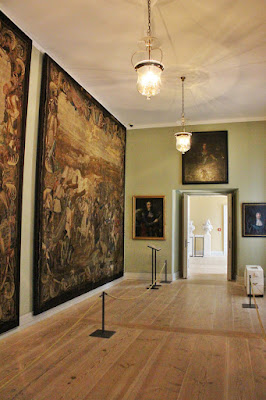 But back to Oranienburg... In 1653, that same name given to the palace was also given to the municipality now formerly known as Bötzow. In 1655, Electress Luise Henriette stayed at Schloss Oranienburg for the first time though construction works on both the palace and the park continued until the early 1660's with Luise Henriette regularly spending time there until her death of tuberculosis in 1667. 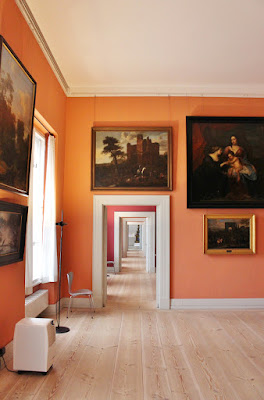 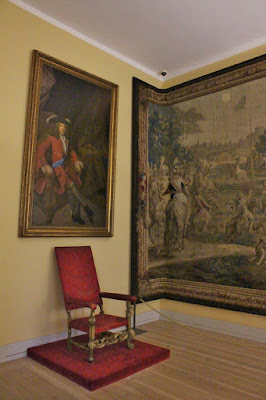 It was during the reign of Henriette Luise's only son to survive well into adulthood and his father that Schloss Oranienburg became one of the most important palaces of the March of Brandenburg. Elector Friedrich III, who went on to crown himself the first King in Prussia as Friedrich I, decided to expand his mother's Schloss into the first Baroque-style palace in all of Brandenburg. Drawing inspirations from both Italy and France, construction started in 1689 with first Arnold Nering and later Eosander von Göthe as the main architects. During this time, Schloss Oranienburg received its current H-shaped outline. 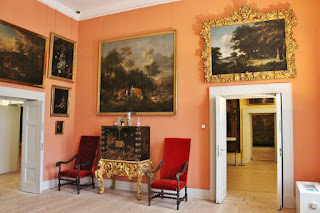 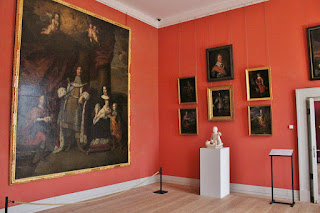 Eosander von Göthe also gave the interior of the palace a major makeover in both structure and decoration. Perhaps its most famous feature was the Porcelain Chamber. At one time nearly 5,000 pieces of porcelain were displayed in the room though it has sadly been destroyed since. Today, one of the étagères, which was created for the Porcelain Chamber around 1695, is set with East Asian porcelain from the 17th and 18th centuries and provides a glimpse of the former splendor, while the ceiling is indeed restored to its former glory. 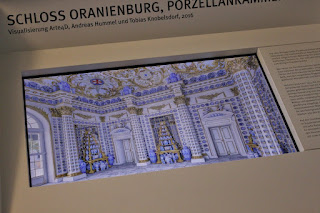 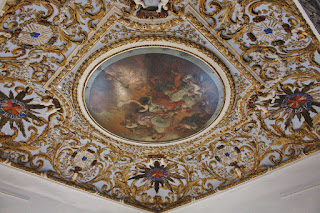 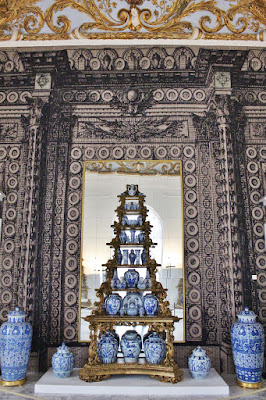 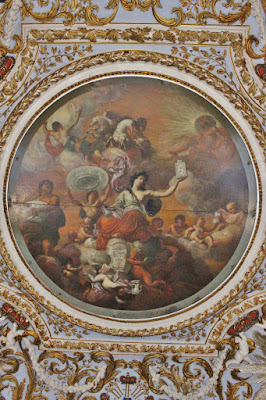 New life again came to Schloss Oranienburg in form of Prince August Wilhelm of Prussia and his wife née Luise Amalie of Brunswick-Wolfenbüttel. The couple had been given the palace by August Wilhelm's older brother Friedrich II, called "the Great", in 1742. August Wilhelm had several of the Baroque style apartments changed according to the tastes of the time with only the ceilings keeping its Baroque appearance. The couple led an active court life at Schloss Oranienburg with many celebrations taking place there. While his younger brothers Heinrich and Ferdinand were frequent visitors, his older brother Friedrich II never did. A famously difficult character, family relations weren't always the best. 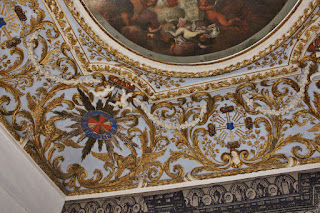 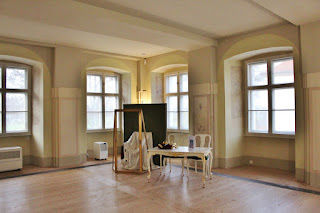 After August Wilhelm passed away at the age of 35, his widow continued to live at Schloss Oranienburg until 1780. It was actually their son Friedrich Wilhelm (II), no byname, who inherited the throne from his childless uncle Friedrich the Great. In 1794, he gifted Schloss Oranienburg to his daughter-in-law and wife of the Crown Prince, the famous Luise of Mecklenburg-Strelitz. You know, the one half of Europe, including Emperor Napoléon, was enamored by and perhaps the original royal it girl. 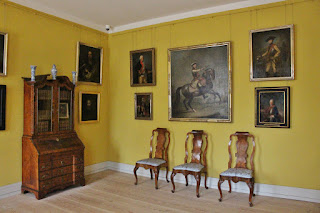 Luise and her husband, the future Friedrich Wilhelm III, also no byname, spent the summers of 1794 and 1795 at Schloss Oranienburg though its importance diminished over the next couple of years. Already in 1802, the palace was sold to Johann Gottfried Hempel. The pharmacist turned the Schloss into a cotton factory. A couple of years later, he son converted the palace into a sulfuric acid factory. Later and luckily not at the same time, it became candle factory. At the initiative of King Friedrich Wilhelm IV, a son of Luise, it came back into official hands and turned into an apartment building for the affluent. Between 1858 and 1860, the palace was converted into the royal teachers' seminary, which it remained - minus the royal part in the last couple of years - until 1925. In the north-western part of the palace, an apartment for the royal family was kept until the end of the monarchy. 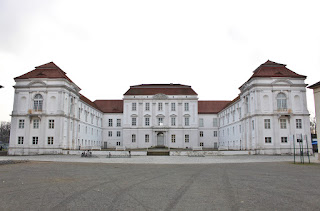 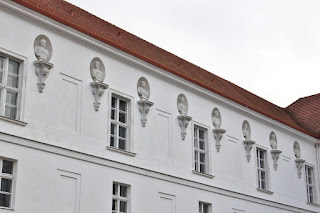 During the years of the Third Reich, Schloss Oranienburg was used by SS, among others. It was at the Schloss where the SS-Totenkopfverbände, who were responsible for the administration of the nearby Sachsenhausen concentration camp, stayed. In other parts of the building, the police school found a new home. During the last years of the Second World War, Schloss Oranienburg was heavily damaged during bombing raids. The exterior of palace was restored between 1948 and 1954. First used by the Red Army, it later became an officers' school of the GDR's people's police and later barracks for border troops until 1990. Starting in 1997, extensive renovation works were carried out. Two years later, Schloss Oranienburg was firstly opened to the public with the museum officially opened another two years later. Some of the museum's highlights include several masterpieces by Flemish painter Anthony van Dyck.
2019 Brandenburg Germany Hohenzollern Oberhavel Prussia