Right in the heart of Baruth, a small town just south of Berlin, sits a Schloss whose former glory is slowly fading away. Boarded up windows, shattered glass and unresolved property rights - Schloss Baruth's future looks fairly bleak. Things, however, started out a lot more glamorous back in the day... The oldest part of the castle complex commonly called Schloss Baruth or Neues (New) Schloss Baruth dates back to the 18th century and actually started out as a garden house. 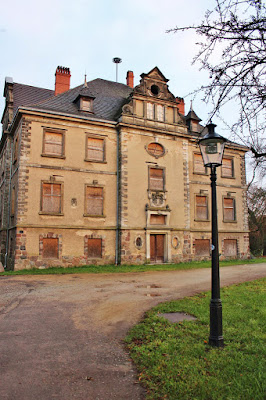 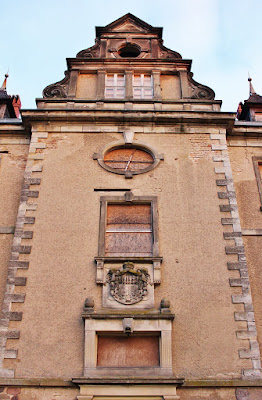 Already since the late 16th century, the Lordship of Baruth had been held by one of the many branches of the extensive Solms family who originally came from Hesse. As you probably already guessed, when there is a 'new castle', there must be an 'old castle'. Located just a stone's throw away, the Altes Schloss Baruth, which you can see in the last two pictures of this post, was built starting in 1671 on the basis of an even older medieval castle. 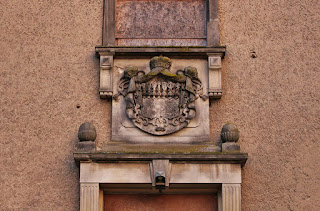 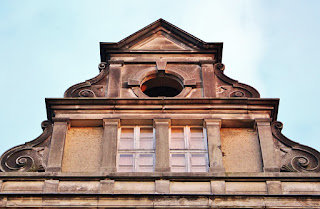 The fairly smallish Altes Schloss, however, soon did not satisfy the representative needs of the Counts of Solms-Baruth anymore. It was Count Friedrich Gottlob Heinrich of Solms-Baruth who decided to expand a nearby garden house into a Baroque-style palace for himself and his family. Construction on the first part of the new Schloss was completed by 1775. The surrounding English-landscape park was designed by Peter Joseph Lenné in 1838. 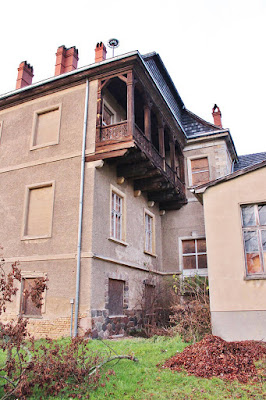 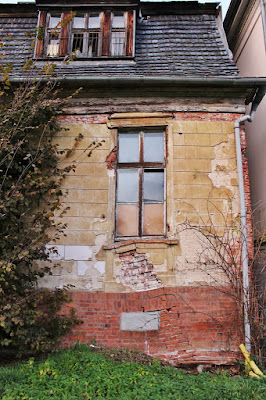 During the course of the 19th and early 20th century, Schloss Baruth was extended twice. A Neo-Classical part facing east was added to the essemble just after 1800. Between 1912 and 1913, a Neo-Renaissance wing was constructed further expanding the residence of the Princes of Solms-Baruth. Around the same time, the old and new castles of Baruth were connected by a half-timbered covered walk. However, the days of the monarchy would soon be over. 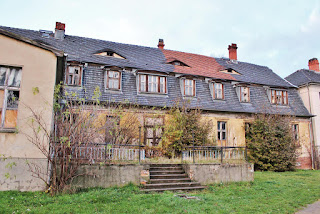 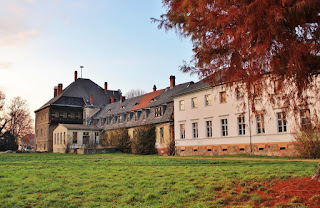 The Solms-Baruth family continued to own Schloss Baruth until around the end of World War II. I write "until around" cause things get quite murky there and have actually occupied German courts for close to two decades... At the time, Schloss Baruth was owned by Prince Friedrich III of Solms-Baruth. Having refused to become a member of the Nazi party and after several smaller quarrels with both the party and the Gestapo, Prince Friedrich was arrested following the failed July 20 plot to kill Adolf Hitler. He had been friends with several members of the circle surrounding Stauffenberg and provided them with places to meet. 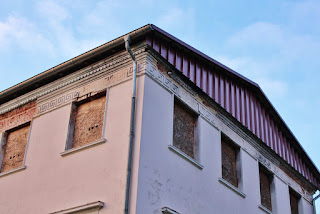 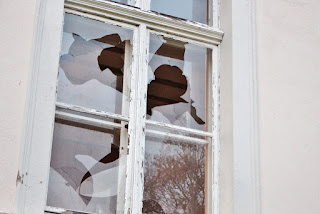 However, the evidence against the Prince was thin and he was kept alive in an attempt to extract information about other plotters. And what about Schloss Baruth and his other properties? His family was forced to leave them and preserved documents indicate that he wanted his estates to be administered by his neighbour Hans Wichard von Rochow-Stülpe. And then comes the crucial point: According to Prince Friedrich's descendants, he was forced to to sign over his properties, all in all 17,300 hectares of land, directly to Heinrich Himmler in March of 1945. There, however, are no documents to prove this claim. 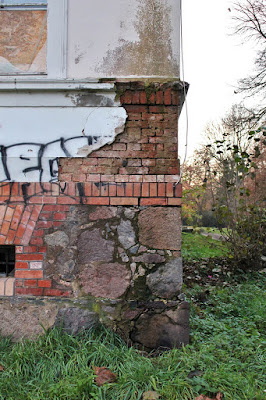 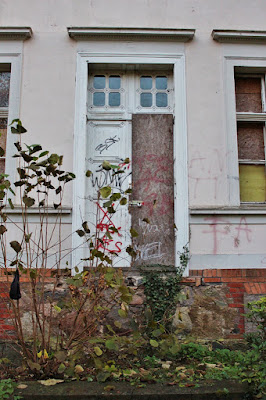 In 1946, like all the other noble family in what would become East Germany, the Princes of Solms-Baruth were expropriated by the Soviets. Until German reunification, different parts of Schloss Baruth were used as a Kindergarten, school, cinema, restaurant and more. The question when the Solms-Baruth family was first expropriated - only by the Soviets or also by the Nazis before - became crucial in the 1990's. Properties expropriated by the Nazis were restored to their former owners, estates taken by the Soviets remained with the state. As the family could not prove the first expropriation by the Nazis, they were instead compensated based on the Equalisation of Burdens Act. They also received a fraction of their former land at the time owned by the state. 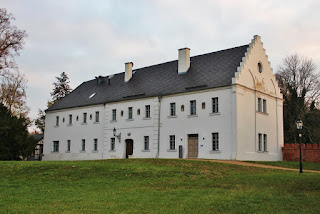 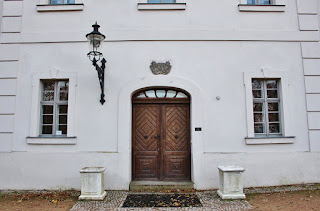 And Schloss Baruth? The family - or rather a real estate company connected to them - bought the castle for 50,000 Deutsche Mark. They restored the Neo-Classical part of the building and a younger brother of the current head of the family lived there for a couple of years. The renovated part was later heavily damaged in a fire. These days Schloss Baruth is further decaying. The company that owned the new castle has gone bankrupt but still remains its owner according to the land register. While the local municipality apparently has some plans what to do with the castle to save it from ruins, they can't do anything as it remains unclear who actually owns the Schloss now, with the Solms-Baruth family allegedly taking little interest. The only bright spot? The Altes Schloss Baruth, also known as Frauenhaus (women's house) which isn't part of the current property dispute, was recently restored by the state of Brandenburg.
2019 Brandenburg Germany Solms Teltow-Fläming