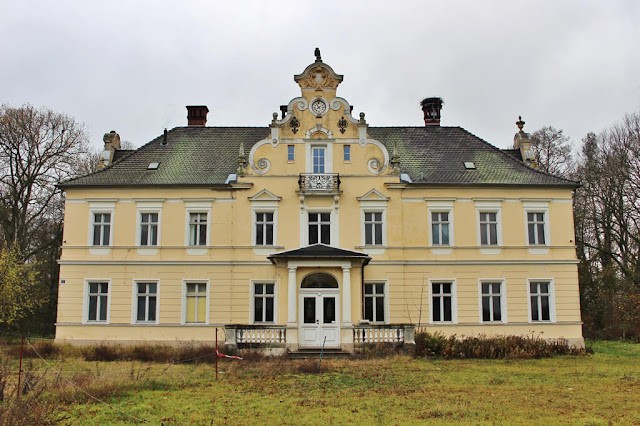 At the end of a cow pasture, you can find all sorts of things. In the little village of Rietzneuendorf near Berlin, it is a castle. In fact, the cow pasture, with no cows standing on it when I visited, runs right across its access, which I thought may be a hint to its history (as there are also cow byres next to it) and being used as part of a people-owned enterprise during GDR times but sadly it's terribly hard to find anything about its history. 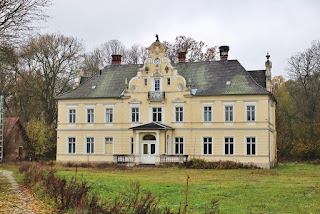 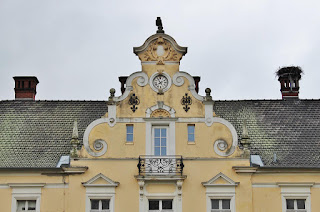 The village seems to have been founded in 1685 by Wilhelm von Stutterheim and then later sold to the King of Prussia, Friedrich Wilhelm I. Since then it was used as a farming area. Either around 1860 or 1885, sources vary about his, a castle was constructed on the site. Either around that time or in 1893 - again, sources vary - it received its current Neo-Renaissance appearance. The castle seems to have been used by the administration of the estate. While yours truly was able to dig up some names seemingly connected to it, none of them appear of noble descendent. 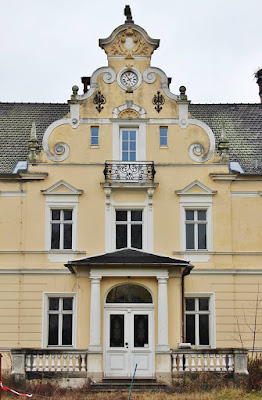 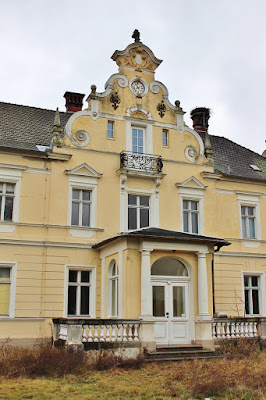 Just why the administrator needed such a fancy Schloss to run the estate also remains a bit of a mystery. Maybe he simply liked castles? Who could blame him! Anyway, the last administrator was dispossessed of - or at least expelled from - Schloss Rietzneuendorf in 1945. But even about its post-war history, reliable information is pretty hard to come by. Apparently, it was used as a children's home and sold to a private owner after German reunification. While he seems to have done a pretty good job at keeping up the castle, newspaper articles indicate that he doesn't have a proper usage for it - and so, if you like and have a few spare bucks, you can actually rent it as your new home.
2019 Brandenburg Dahme-Spreewald Germany Stutterheim