In Germany, Köpenick isn't famous for its castle but for an infamous imposter, the Captain of Köpenick, who even amused the last German Emperor, Kaiser Wilhelm II. What did the imposter do? Wilhelm Voigt masqueraded as a Prussian military officer, rounded up a bunch of soldiers under his "command" and "confiscated" more than 4,000 German gold mark from the municipal treasury of Köpenick. It was on October 16, 1906, that the out-of-work shoemaker donned a second-hand military captain's uniform he had purchased in a store, walked out into the street and assumed control of a company of soldiers marching past. 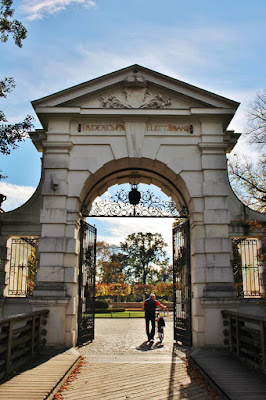 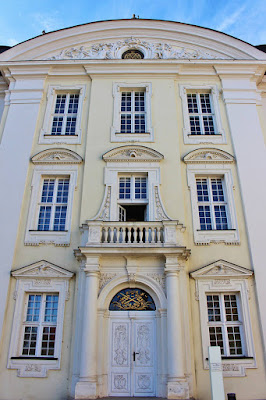 He led them to the town hall of Köpenick, at the time a small town just outside of Berlin and today part of the German capital, arrested the mayor and the treasurer on charges of embezzlement, and took possession of 4,000 Mark from the town treasury. He then disappeared with the money but was later found out and arrested. Affectionately known as the "Hauptmann von Köpenick" (Captain of Köpenick), Voigt became a folk hero and was pardoned by Kaiser Wilhelm II in 1908 with many saying that the Emperor was just as amused by Voigt's undertaking as his people. Just a stone's throw away from the place of Voigt's adventures you can also find a castle by the same name as the small town, Schloss Köpenick. 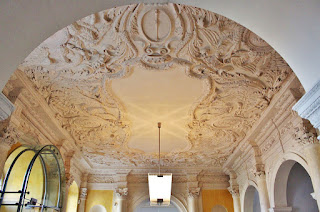 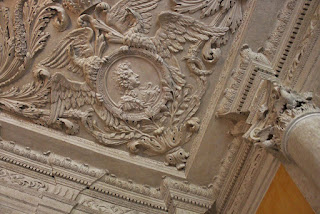 And while not nearly as diverting as the story of the Captain of Köpenick, the Schloss has a very interesting history to boast as well. Originally built in 1558 as a hunting lodge at the behest of Elector Joachim II of Brandenburg, it is based on a Slavic fortress on an island created by the confluence of the rivers Spree and Dahme. The Renaissance-style castle was built for the Elector by Wilhelm Zacharias. Elector Joachim died during a hunt nearby in 1571. 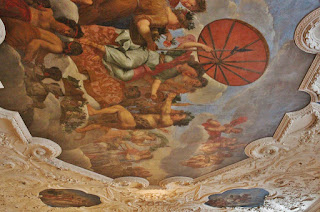 In 1631, during the course of the Thirty Years' War, Schloss Köpenick served as the headquarters of King Gustav II Adolph of Sweden. It was here that he tried to convince his brother-in-law Elector Georg Wilhelm to join the war at his side but failed. During the second half of the 17th century, Schloss Köpenick became the new residence of the future Elector Friedrich III of Brandenburg who crowned himself the first King in Prussia, at the time still the heir. Starting in 1677, the castle was expanded and remodelled in the Baroque style by architects Rutger von Langerfeld and Johann Arnold Nering. 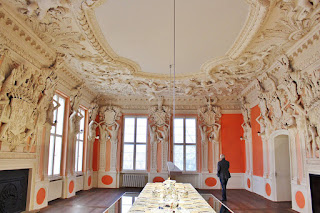 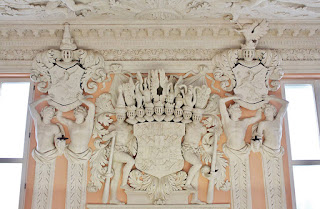 The Coat-of-Arms-Hall you can see above caused quite the scandal at that point in time. It reflected Friedrich's aim to one day rule all of the Margraviate of Brandenburg and the Duchy of Prussia. While both positions had also been held by his father, Friedrich Wilhelm, called "The Great Elector", intended to divide his realms between his eldest and only surviving son from his first marriage, Friedrich, and his younger sons from his second marriage. Family relations at the time were icy at best, not helped but Friedrich's monumental testament to his claim to all the hereditary lands. Friedrich continued to live at Schloss Köpenick with his first wife, Elisabeth Henriette of Hesse-Kassel, until 1684. 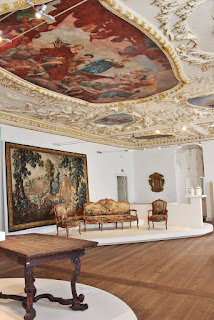 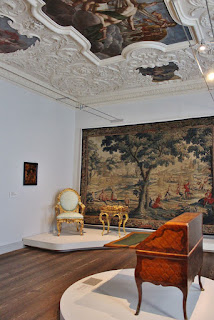 In 1688, the Great Elector passed away. After lengthy negotiations and numerous legal opinions, it was decided that his wish to divide the Hohenzollern lands between his five surviving sons was indeed violating the old House Law. All the realms thus went to Friedrich who would later go on to crown himself the first King in Prussia thus elevating the role of the Hohenzollern family to new heights. The role of Schloss Köpenick, however, diminished over the course of the following years even though construction works continued until 1695. 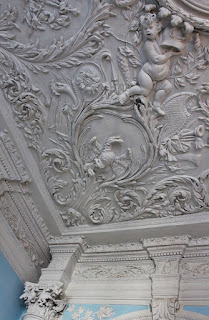 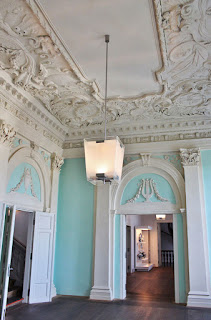 Schloss Köpenick once again got a starring role in Hohenzollern history a good 30 years later. It was here at the aforementioned Coat-of-Arms-Hall on October 25, 1730, that the military court against Crown Prince Friedrich of Prussia, grandson of the aforementioned Friedrich who gave Schloss Köpenick its current appearance, and his friend Hans Hermann von Katte sat. What had happened? The future "Friedrich the Great" had famously tried to flee Prussia to Britain to escape his father's reach. Katte had aided him and both were put in front of the trial. While the military tribunal found Katte guilty of desertion and sentenced him to life imprisonment, the King ordered the sentence changed to beheading. He also forced his son to watch the execution of his friend at Küstrin Fortress. (Yes, as you can see from today's article, the Prussians always had very warm father-son-relationships. Not.) 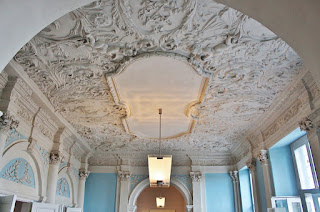 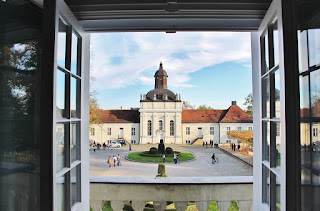 Schloss Köpenick later became the widow's seat for Princess Henriette Marie of Brandenburg-Schwedt, a granddaughter of the Great Elector. She lived at the palace between 1749 until her death in 1782. The death of the princess also pretty much ended the royal history of Schloss Köpenick. The palace and the surrounding estate was later used by the Prussian military for storage. During the Vormärz, a period of time in German history between 1830 and 1848, Schloss Köpenick served as a prison for political opponents. Between 1851 and 1926, it became home to a teacher's seminary. 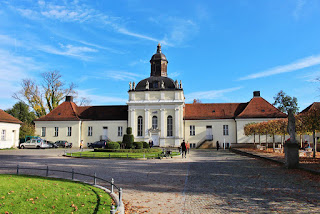 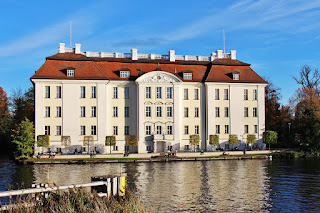 In 1963, Schloss Köpenick was firstly opened to the public when it became the new home to the East-German part of the Museum of Decorative Arts, a collection first founded in 1868 and later split between the two German states after World War II. Starting in 1994, after German reunification, extensive renovation works were carried out on the palace. On May 27, 2004, Schloss Köpenick was officially reopened. Now owned by the Berlin State Museums, it still houses a branch of the Museum of Decorative Arts and showcases interior design from the Renaissance-, Baroque- and Rococo-style periods.
2019 Berlin Germany Hohenzollern Prussia