Sometimes castle hunting adventures are all fun and games - and sometimes they make you think. Schloss Golssen was one of those places that did the latter. The ravages of time clearly had their way with it. Boarded up windows, graffitis one its walls - the glory days of Schloss Golssen are clearly a thing of the past. It's a destiny that you will find with plentiful castles and palaces in Brandenburg and thus also in the future of Confessions of a Castleholic. 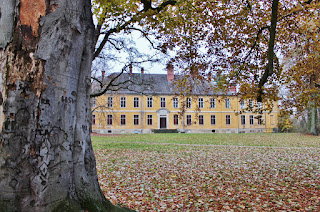 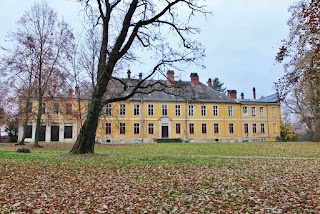 Back in the day, things with Schloss Golssen started out a lot more rosy. The origins of the current Schloss go back to the year 1720 when it was built by Prussian court official Johann Justus Vieth, who was later ennobled as Vieth von Golssenau. In 1771, Siegmund Ehrenreich of Redern purchased the castle. After his death almost two decades later, it was his daughter Amalie who inherited the estate. Married to Sardinian envoy at the Spanish court Count Nepomuk Fontana de Cravanzana, she lived at Golssen for twelve years, at least according to a tomb erected in her honour in the castle's park. 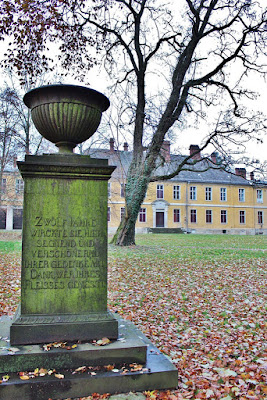 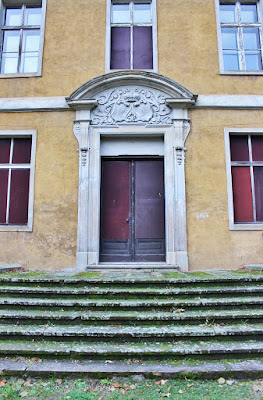 In 1809 yet another woman became the owner of Schloss Golssen when the castle was inherited by Amalie and Nepomuk's daughter Countess Sophie Fontana. By the mid-19th century, the Schloss came into the hands of the Counts, later Princes, of Solms-Baruth. In 1846, Count Friedrich Heinrich Ludwig of Solms-Baruth purchased the castle together with the surrounding estate. A couple of years later, Schloss Golssen was both expanded in size and received a Neo-Classicist make-over at the hands of architect Heinrich Eduard Knoblauch with some Late-Baroque features remaining. The surrounding park was created by Eduard Petzold around the year 1880. 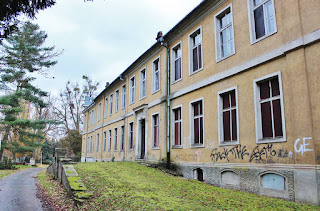 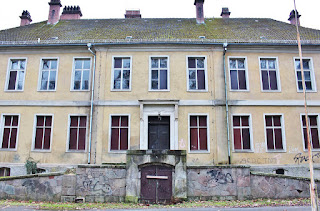 The Princes of Solms-Baruth continued to own Schloss Golssen all the way until 1945, when they were exprorpriated by the Soviets. (A sentence you will other find in many posts to come, more on the matter here.) During the following decades it was used as a medical practice, Kindergarten, library and parks department. Consequently little of the original interior furnishings remain. (You can catch a little glimpse of it here.) While the castle was renovated during the 1980's, it is slowly falling into decay as there is no proper use for it now. While there were plans a couple of years ago to turn it into a home for the elderly, it doesn't look like renovations have started yet. 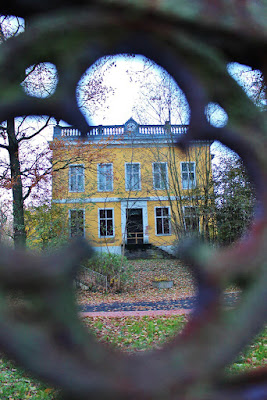 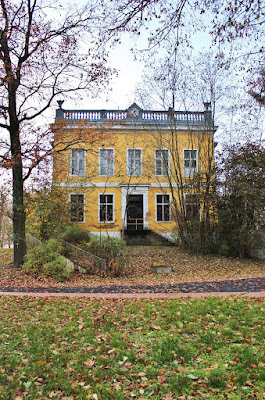 And that's the fate of many castles in what was once East Germany. Dispossessed from their original owners after the end of World War II, many do not have proper purposes these days but instead lay empty with an uncertain future, either because of unsolved ownership relations, cash-strapped municipalities or bankrupt investors. Of course there are also the flourishing examples of museums and luxury hotels, but there are also seemingly equally as many Schloss Golssens to be found scattered all over Brandenburg and the rest of Eastern Germany. I know, some will say: Give it back to their original owners then, but it's not that easy...
2019 Brandenburg Dahme-Spreewald Fontana Germany Redern Solms