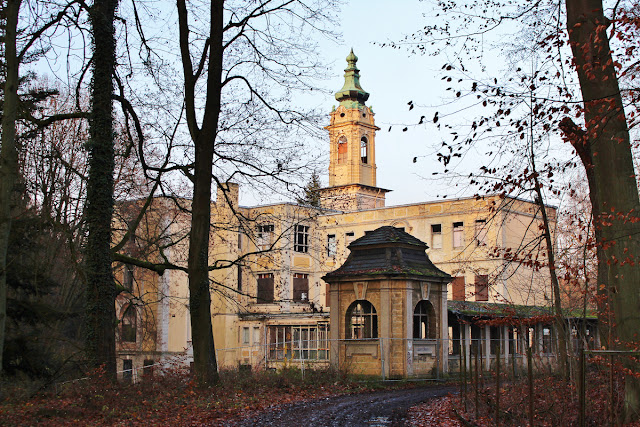 There are few stories Schloss Dammsmühle cannot tell. Emperors, Tsars, Nazis, Stasi - you name it. This almost forgotten fairytale of a castle stood silent witness to the turbulent changes of German history, but will it ever get its happy ending? I first stumbled over Schloss Dammsmühle when I read about abandoned places in and around Berlin - and when I visited I couldn't help but wonder: Is this castle located on the edge of a lake deep in the forest enchanted or bewitched? Let's just follow the white rabbit through a wild ride through its history. 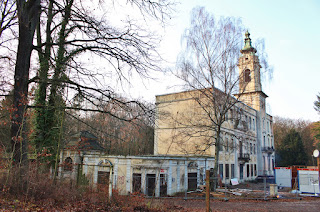 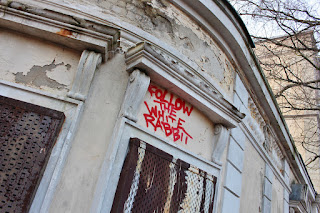 Visiting Schloss Dammsmühle is slightly eery - an abandoned castle located in the middle of the woods, what could go wrong? Somehow there was a surprising lot of people around (or not that surprising considering the structure is somewhat of an insider tip for hunters of abandoned places). But somehow the amount of people poking around an empty castle made it even more strange. Getting there felt a bit like going to the end of the world, but suddenly there was a dozen or so cars parked in the middle of the forest. A short hike down a road with smashed gas lights past another few creepily abandoned buildings mostly gutted by fire later, I stood right in front of it: A castle that has seen it all. 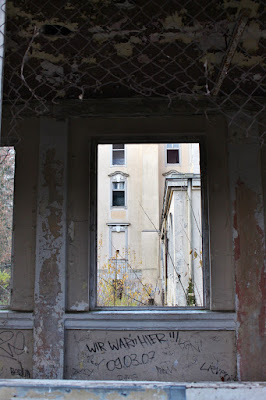 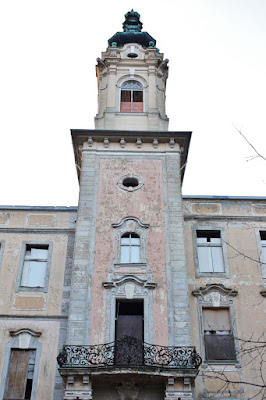 Schloss Dammsmühle is based on a mill and previously a hunting lodge of the Electors of Brandenburg located on the same site. The origins of today's Schloss date back to the 18th century. In 1755, the former mill was bought by Peter Friedrich Damm, a Berlin-based leather factory owner. (Dammsmühle actually literally means "Damm's mill".) Starting in 1768, a two-storey palace was built on the edge of a lake just north of Berlin. In the following years, Queen Elisabeth Christine, the estranged wife of Friedrich the Great, reportedly visited the Schloss numerous times. In the early 19th century, after both Damm and his widow passed away leaving no heirs, much of their palace was damaged during a fire. During the following decades, ownership changed a few times. 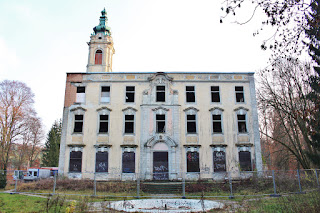 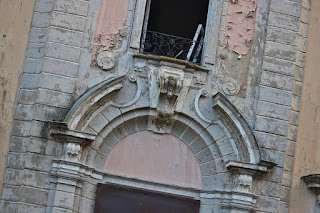 In 1840, Schloss Dammsmühle was offered to King Friedrich Wilhelm IV of Prussia but he declined. Instead, it was used a nightclub for the following half a century. In 1894, the Schloss came under the hammer and Lieutenant Adolf Wollank purchased the palace in a compulsory auction. It was he who gave Schloss Dammsmühle its current appearance - or rather the one before it fell into ruins. He commissioned architects Gustav Erdmann and Ernst Spindler to expand the palace and give it a Neo-Baroque makeover. As well as (re)building the Neo-Baroque castle, Wollank built a "swimming pavilion" in the style of the Taj Mahal on the lake in front of his new palace which functioned as a lavish dance hall - quite a splendrous sight it must have been! In 1910, Schloss Dammsmühle even became the scene of a meeting between German Kaiser Wilhelm II and Russian Tsar Nicholas II. 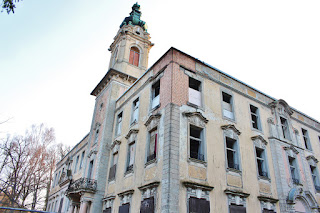 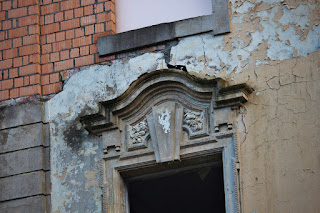 After the death of Adolf, his brother Otto von Wollank, who was ennobled by the Kaiser, inherited the palace and continued to own it until 1919. Starting in the 1920's, Schloss Dammsmühle became a popular filming location. Meanwhile, ownership had changed once more and by the late 1920's, Harry Goodwin Hart had become the new owner of the palace. The Englishman was the director of the Lever-Sunlight company, now known as Unilever, at the time and chose to retire in Germany. However, he and his Jewish wife fled Germany to Switzerland in 1938. Not long after, the Nazis confiscated the property and it was used by the SS. From January to July 1943, 20 to 25 inmates from the nearby Sachsenhausen concentration camp had to work as forced laborers at the Schloss. 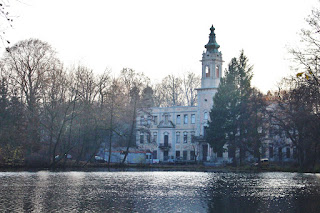 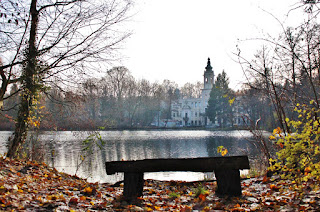 After the end of the war, Schloss Dammsmühle was occupied by the Red Army. In 1959, the GDR's Ministry for State Security, better known as Stasi, took over the castle and used it as a hunting lodge until 1989. After German reunification, the Schloss once again got a starring role in a popular German TV series and was also used as a hotel. In 1997, Schloss Dammsmühle was returned to the heirs of Harry Goodwin Hart who decided to sell the castle. During the following two decades, there have been a number of investors though none found a long-lasting concept for it. Plans were drawn up to house a clinic, a manager school and at one point a vocational training school in the abandoned castle but all failed. The latest idea is to turn the Schloss into a hotel once more. Oh dear! Oh dear! Let's hope it shall not be too late...
2019 Barnim Brandenburg Germany