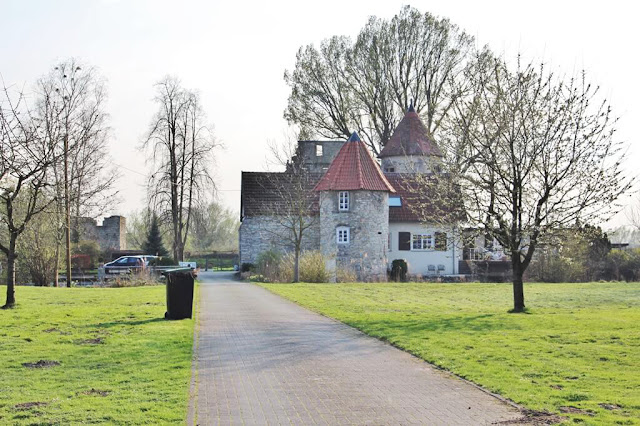 Visiting castles that aren't open to the public is always a bit of gamble. You never quite know how much you will be able to see and how close you are going to get. Burg Vernaburg is definitely one of the places I wish I could have gotten closer to. This ruin with some somewhat more modern looking buildings in its direct vicinity looks utterly fascinating. Of the original structure, only a handful of towers and walls still stand and form the backdrop for a modern residential building. 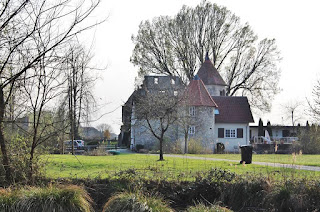 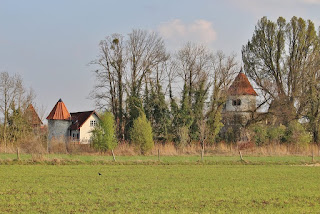 The original Burg Vernaburg dates back to the year 1607 and owes its existence to Wilhelm von Krewet. Occasionally also called Krewetsburg based on the name of its first owner, the Krewets were an important lower noble family of the Prince-Bishopric of Paderborn. Wilhelm subsequently moved his family's residence to Vernaburg from Salzkotten, a place the family had held as a fiefdom. As with many other castles all over Germany and Europe, the Thirty Years' War also left its mark on Burg Vernaburg. At one point the castle served as the headquarters for the Landgrave Wilhelm V of Hesse and Field Marshall Dodo zu Innhausen und Knyphausen during the siege of Salzkotten. 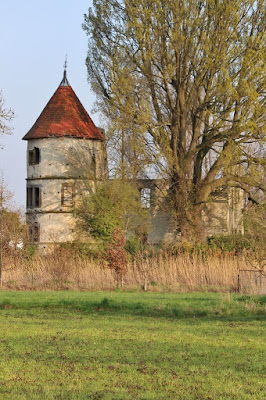 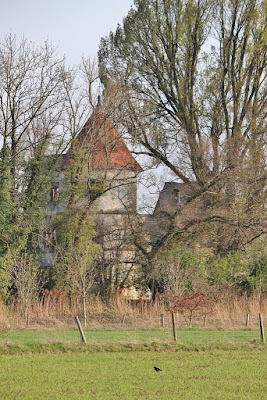 The further history of Burg Vernaburg is a little sketchy: After the death of Dietrich Wilhelm von Krewet, son of the castle's builder, in 1638, the Burg passed to his sisters who had married into the Imbsen, Haxthausen zu Welda und Brenken families, respectively. After the seemingly inevitable and thus almost obligatory inheritance dispute, Burg Vernaburg solely passed to the Barons of Brenken. While it was subsequently used as a widow's seat, it soon fell into ruins as records from the early 18th century indicate. Towards the end of the Seven Years' War, the Burg was heavily damaged by withdrawing French troops. To this day, the estate seems to be owned by the Barons of Brenken who let it out on lease.
2019 Brenken Germany Haxthausen Imbsen Krewet North Rhine-Westphalia Paderborn