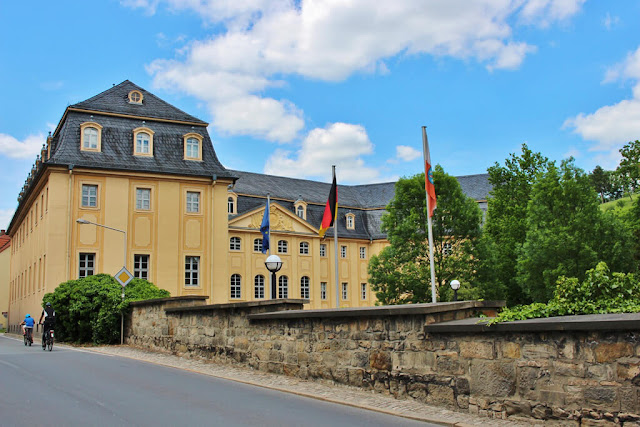 You have heard of Schloss Ludwigsburg?! Yeah, umm, no, we are not talking about that one today but instead a much lesser known Schloss Ludwigsburg, the one in Rudolstadt. Apart from being virtually unknown, it is also an incredibly hard place to photograph because it is located on narrow street with walls all around it and no way to access (at least on a holiday). Today, Schloss Ludwigsburg is the seat of the Thuringian Court of Auditors though its origins lie as a residence of the extended family of the Prince of Schwarzburg-Rudolstadt. The three-winged Baroque palace was built between 1734 and 1741 in the valley below the much better known yet still not really famous Schloss Heidecksburg. The plans for the new city palace were drawn up by Johann Jakob Rousseau and carried out by Johann David Steingruber. 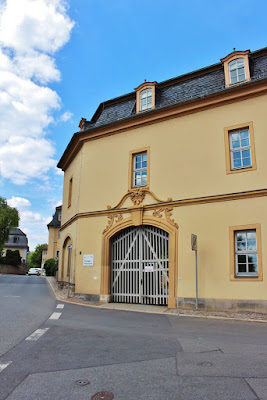 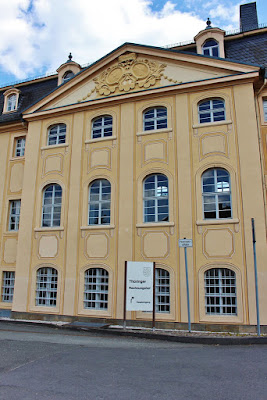 Schloss Ludwigsburg served as the residence of Prince Ludwig Günther, the brother of Friedrich Anton and uncle of Johann Friedrich of Schwarzburg-Rudolstadt. He would go on to succeed his nephew in his role as Fürst. After becoming the ruler of the realm, Ludwig Günther moved into Schloss Heidecksburg and his former palace was turn into the princely drawing school. It later also served as a meeting place for the state diet, museum and teachers' seminary. Until 1919, the princely natural history collection was exhibited at the palace. It was later turned into an administrative building.
2019 Germany Saalfeld-Rudolstadt Schwarzburg Thuringia