Time flies when you are having fun... It has been a more than a month since yours truly moved to Berlin and actually also already a couple of weeks since I visited the first castle after moving to the German capital. So where did my first Berlin castle hunting adventures take me? To Schloss Biesdorf, a fairly little known Neo-Classical palace in the east of the city. 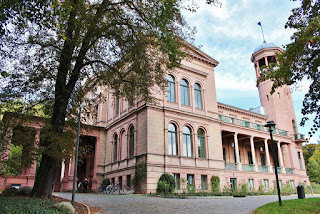 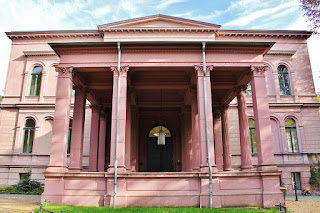 Laying in a small village just outside of the city of Berlin at the time of its creation, Schloss Biesdorf owes its existence to Hans-Brunno von Rüxleben, who purchased the estate it is situated on in 1853, and his son Baron Hans-Hermann of Rüxleben, who inherited the estate about a decade later. After his marriage to Anne Pauline Griebenow, and presumably thanks to parts of her dowry, he added several surrounding estates to the family's portfolio. At the same time, he also commissioned architect Heino Schmieden to draw up plans for an Italian-inspired palace to serve as the family home. 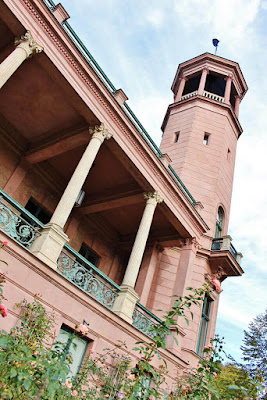 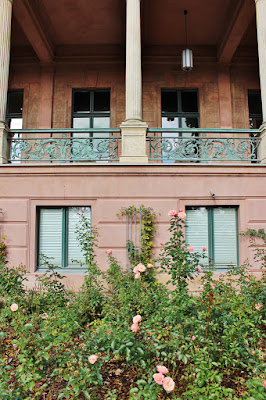 Construction on the T-shaped palace featuring an imposing corner tower began in 1868 and was finished a year later. The surrounding park was created by landscape architect Eduard Neide. The Barons of Rüxleben sold Schloss Biesdorf about two decades later. Businessman and consul Günther von Bültzingslöwen became its new owner in 1887. He, however, didn't have a lot of time to enjoy his palace. The sugar crisis hit Bültzingslöwen hard. At first, his long-time friend Werner von Siemens, one of the most famous German inventors and industrialists, gave Bültzingslöwen a substantial loan but ultimately took over the estate. 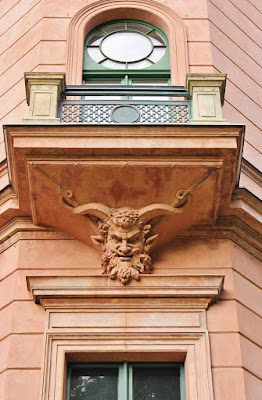 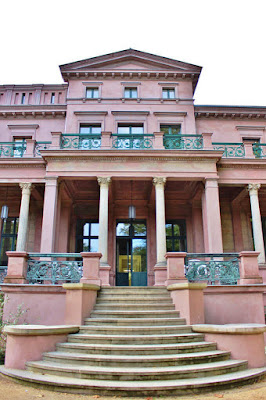 Werner von Siemens himself, however, had little interest in Schloss Biesdorf. After carrying out necessary renovation works and remodelling the park according to plans of Albert Brodersen, he gifted the palace to one of his sons, Wilhelm von Siemens. Wilhelm continued to regularly spend time at Schloss Biesdorf until his death in 1919. Subsequently, the Schloss was turned into an apartment buildings and was also home to police offices. The Siemens family sold Schloss Biesdorf to the city of Berlin in 1927. 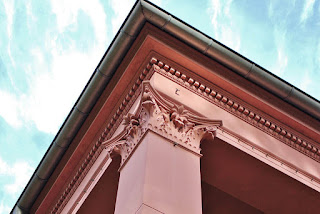 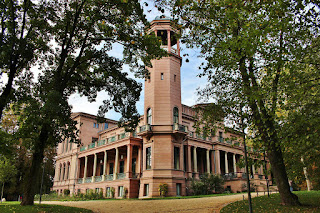 During the 1930's until the end of the Second World War, Schloss Biesdorf was used by a local unit of the Nazi party as well as the National Socialist People's Welfare. In late April of 1945, Schloss Biesdorf was heavily damaged when a fire, likely caused by the Nazis themselves, ravaged the palace. Efforts to retain what was left of the palace were taken immediately after the end of the war. The Schloss later served as a local disco, cultural institution and library. Starting in the early-1990's after German reunification, reconstruction to restore Schloss Biesdorf to its historical beauty began and took about a decade or two until an art museum was opened at the palace in 2016.
2019 Berlin Bültzingslöwen Germany Rüxleben Siemens