Why I Have Been MIA Lately: A Quick Update 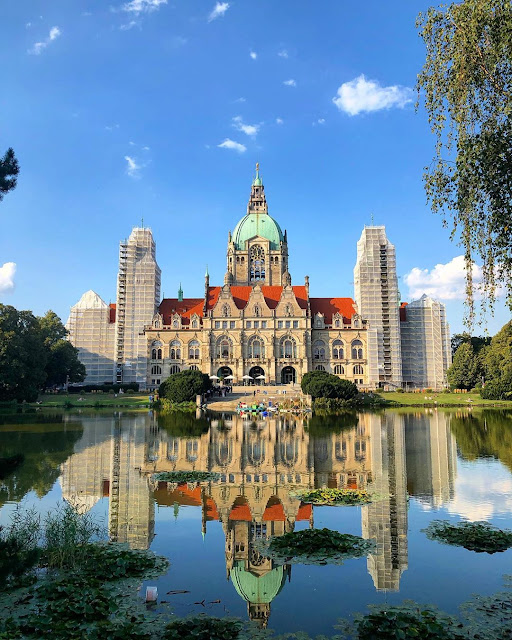 It's been almost a month since the last update on Confessions of a Castleholic and while the above picture might suggest otherwise (it's not a castle but the New Town Hall in Hanover, actually), I haven't been castle hunting for quite a few weeks now. Still, I wanted to give you a quick update to say that everything is fine. More than fine, actually: As some of you have already learned via any of my social media channels, I'm moving to Berlin later this month and so life has been pretty hectic and busy. But I'm looking forward to Berlin and discovering all the Prussian palaces surrounding it. In the meantime, castle hunting and blogging had to step back a little but I will be back with more castles later this year.