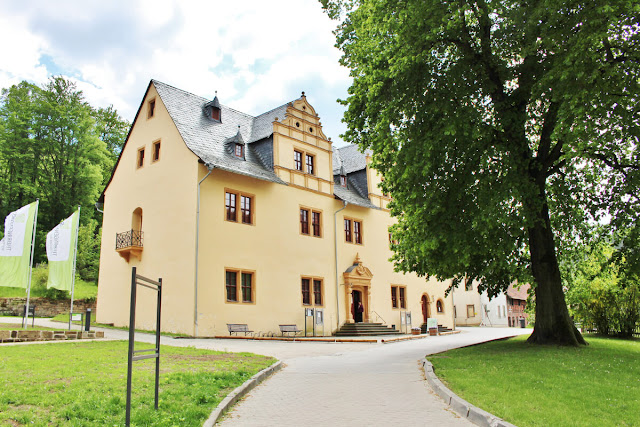 The Principality of Schwarzburg-Rudolstadt may just be the least known of all the German states that, more than a century ago, made up the Kaiserreich, even though it did exist up until the very end when the monarchies in Germany were abolished in 1918. It had its own Prince, Günther Victor was his name, and naturally also its own castles. While all fairly little known, Schloss Heidecksburg may just be one of the ultimate insider's tips when it comes to German castles (and I'll promise you, we will get it to it here at Castleholic very soon). But first, let's have a look at Jagdschloss Paulinzella. The nearby hunting lodge of the Princes of Schwarzburg-Rudolstadt is located right next to the ruins of the much better known Paulinzella Abbey, one of the most important Romanesque structures in Germany. 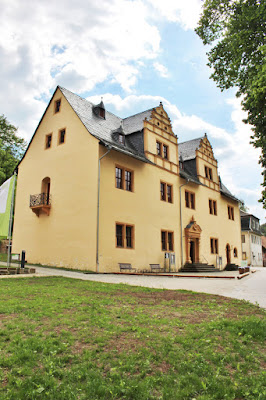 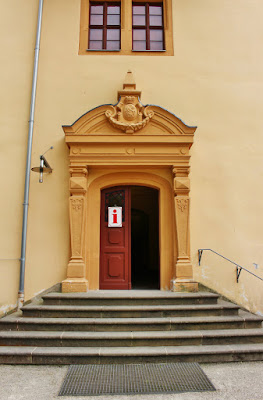 Unfortunately, fairly little seems to be known about the history of the Renaissance-style Jagdschloss (at least online as I did not visit the museum about the monastery and hunting located inside which probably would have had a bit more information). The hunting lodge was built between 1620 and 1623 on the basis of the former abbot's residence and was used by the Counts and later Princes of Schwarzburg-Rudolstadt during their hunting outings up until the middle of the 19th century. Following the end of the monarchy after World War I, the castle came into the hands of the state. Around the turn of the millennium, Jagdschloss Paulinzella was renovated and a museum opened there, though let's face it, the neighbouring Abbey remains the star of the show.
2019 Germany Saalfeld-Rudolstadt Schwarzburg Thuringia