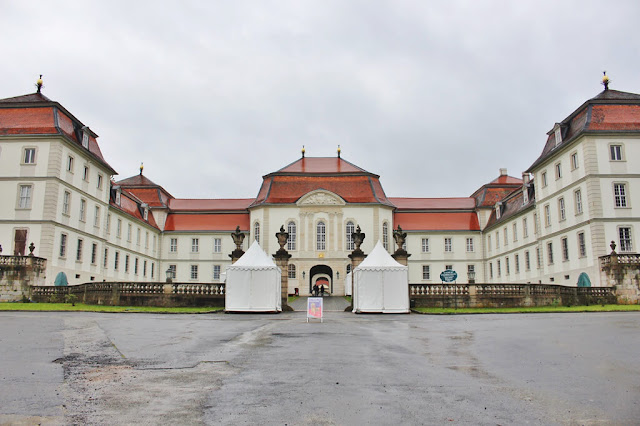 Schloss Fasanerie is Hesse's self-proclaimed "most beautiful Baroque palace" - and while it has plenty of Baroque splendour and is undoubtedly beautiful, not knowing a terrible lot about its history in advance, I was slightly surprised by all the Classicist elements to be found inside the palace still owned by the Landgraves of Hesse. Upon learning more, however, this mixture of styles is simply a reflection of the Schloss's varied history that began with the Prince Abbots of Fulda (though I thus do wonder whether I would really describe it as Hesse's most beautiful Baroque palace considering the other architectural elements). 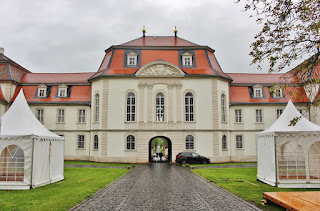 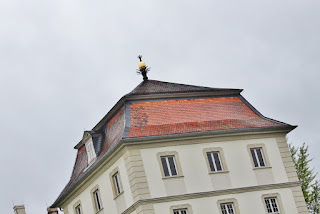 As you can see, it was a rainy day when I visited Fulda a few weeks ago, so please excuse the somewhat hastily taken images. The main challenge of the day was holding the umbrella while taking pictures and not getting the lens full of drops - or simply a Castleholic's triathlon. Luckily, I am a rain-experienced Castleholic and I did manage to sneak a few of those still. Also, unfortunately you aren't allowed to take pictures of the Baroque and not-really-Baroque interior of Schloss Fasanerie. But now, let's get to the history... 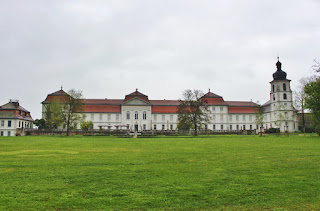 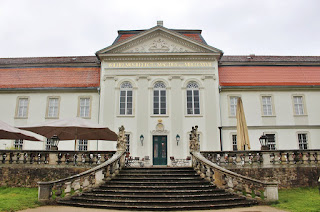 The history of Schloss Fasanerie in Eichenzell just outside of Fulda goes back all the way to the year 1710, when Prince Abbot Adalbert von Schleifras commissioned the construction of a fairly modest palace in the countryside. That modest palace, however, soon rapidly grew. In 1730, Prince Abbot Adolph von Dalberg expanded the existing building between the two onion-shaped domes. Yet another few years later, in 1739, Dalberg's successor, the future Prince-Bishop of Fulda, Amand von Buseck, commissioned master builder Andrew Gallasini to extend the building to its current dimensions surrounding two courtyards. Construction on Schloss Fasanerie continued for a good 20 years - and the Prince-Bishops of Fulda made good use of it as they used it as their summer residence for a few decades until the Prince-Bishopric was secularised at the beginning of the 19th century. 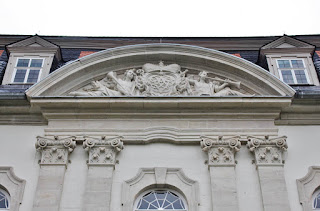 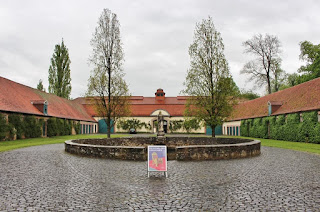 Following the secularisation the ownership of Schloss Fasanerie changed numerous times until it finally came into the possession of the Electors of Hesse. Unfortunately, time hadn't been too kind to the palace which, among others, had been used as a hospital by the Russian troops during the Napoleonic Wars. Starting in 1825, Elector Wilhelm II refurbished Schloss Fasanerie in Classicist style giving much of its interior a new appearance according to the tastes of the time. While, for example, the  main staircase still shows the old Baroque splendour of the days of the Prince-Bishops, most representative rooms show the sleeker prettiness of the latter style. 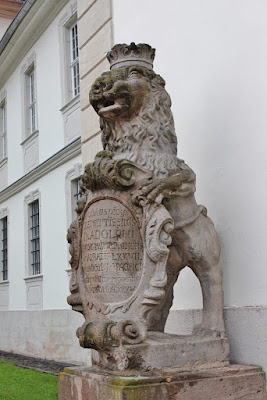 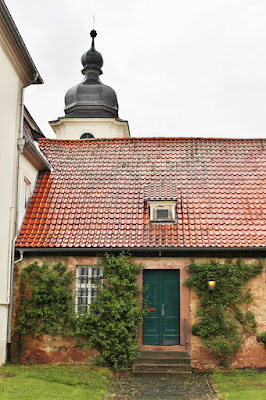 The Electors of Hesse, however, could only enjoy their new palace for a few decades. Like the Duchy of Nassau or the Kingdom of Hanover, the Electorate sided with Austria during the Austro-Prussian War of 1866 - and lost. Soon after, the Electorate was annexed by Prussia and Schloss Fasanerie dispossessed. About two decades later after long negotiations with the Prussians, the palace was returned to Landgrave Friedrich Wilhelm as his private property together with the Prince Bishop's palace in Fulda. It served the Landgrave and his wife as a summer residence for many years. After Friedrich Wilhelm's death in 1884, his widow Anna continued to make extensive use of the palace during the summer months until she passed away in 1918. 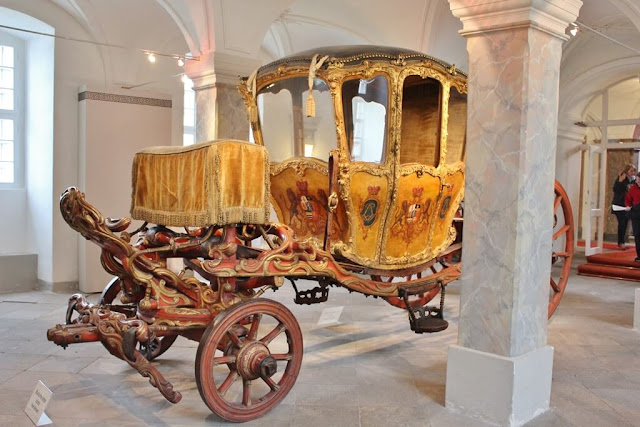 During the Second World War Schloss Fasanerie was heavily damaged and later rebuilt by Landgrave Philipp of Hesse. He made also changes to some of the rooms in order to display art and furniture from other (former) castles of the family. To this day, Schloss Fasanerie is owned by the Cultural Foundation of the House of Hesse. While the first exhibitions already took place a few years after the end of World War II, it has been a museum ever since the 1970's with extensive renovation works for several million euros carried out over the last couple of years.
2019 Buseck Dalberg Fulda Germany Hesse (family) Hesse (state) Schleifras