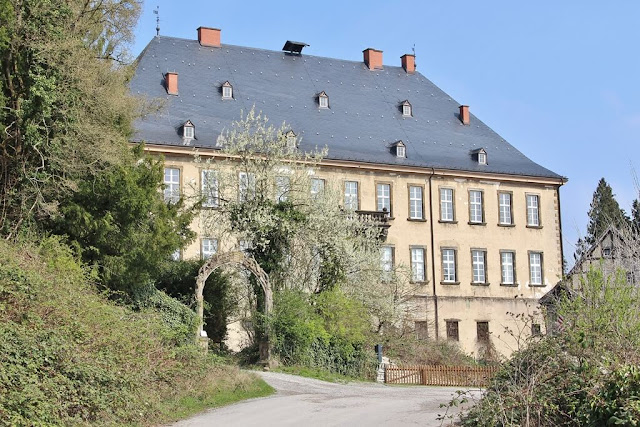 While the history of the little village of Wewer, today a part of Paderborn, can be traced back to the 9th century, today's Schloss by the same name isn't quite as old. This relatively simple Baroque-style castle was built for Baron Jodokus Godfried of Imbsen between the years 1684 and 1686 in stead of a former castle nearby. At the time, the historical district of Wewer was split between the Imbsen and the Brenken families after one half had been sold by the Imbsens to a female line of the family who had married into Brenken family at the beginning of the 16th century. 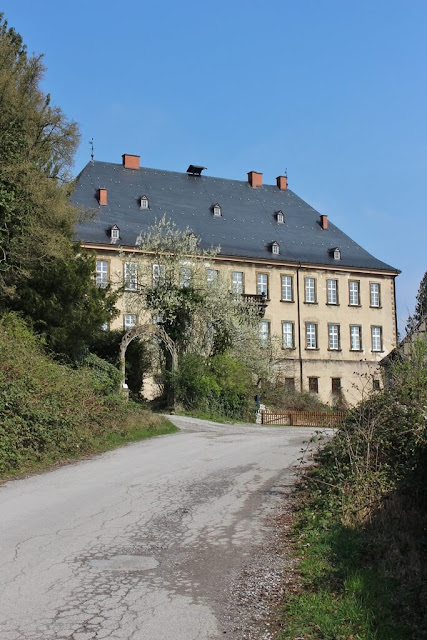 The Barons of Brenken in Wewer died out in male line in 1817 with their inheritance going to another line of the family who home was Schloss Erpernburg. Only a few years later, in 1833, the Barons of Imbsen also died out in male line. Their indebted estate, including Schloss Wewer, went to the daughters of the family who decided to sell it to pay the debts. It was their heirs of the Barons of Brenken who decided to purchase the castle and unify the old district in 1838. Their descendants  through female lines continue to own Schloss Wewer to this day.
2019 Brenken Elverfeldt Germany Imbsen North Rhine-Westphalia Paderborn Papen