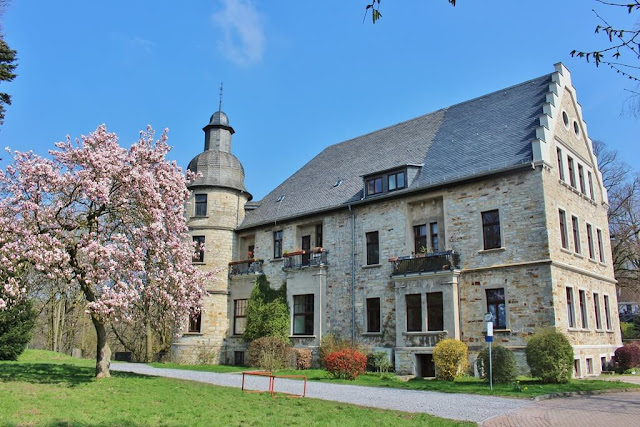 With more than 30,000 castles in Germany, it's no wonder that current usage is very varied. Case in point: Schloss Hamborn, which serves as a centre for anthroposophy and is home to a school and rehabilitation clinic named for the 19th century esotericist Rudolf Steiner, who was the founder of both anthroposophy and the ideas of Waldorf education. It was also during the 19th century that Schloss Hamborn came to be even though its Weser Renaissance-style architecture might suggest it is a century or two older. During the mid-1800's, the noble von Hartmann family from nearby Borchen purchased two feudal estates in the area and united them into one. Construction on the Eastern wing of today's Schloss started in 1868. The coat of arms of the family featuring a heart and three roses can still found above the main entrance of that wing. 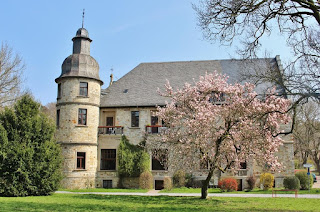 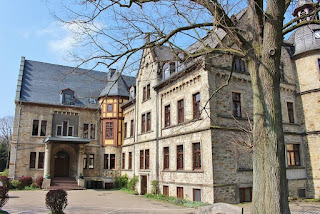 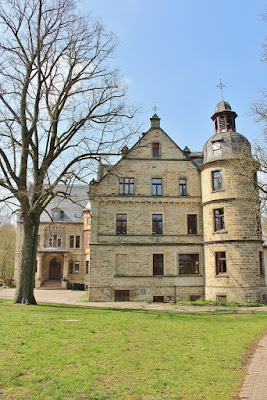 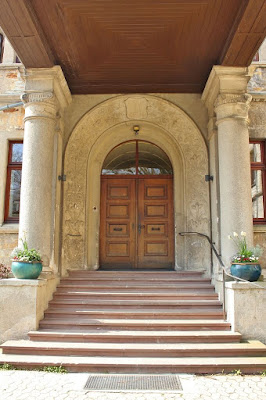 Early the next year, the castle was heavily damaged in a fire and soon rebuilt. Leidl, however, never lived at the Schloss and sold it two years later as he needed the funds to save his companies following the Great Depression. In 1931, the first anthroposophic school was opened at Schloss Hamborn with the support of Hereditary Prince Georg Moritz of Saxe-Altenburg. The Nazis closed the school and used the castle for their own purposes as a recreation home for mothers and children. After World War II, the British Control Commission for Germany handed back Schloss Hamborn to the anthroposophic society which again opened schools there.
2019 Droste-Hülshoff Germany Hartmann Mallinckrodt North Rhine-Westphalia Paderborn Rüxleben