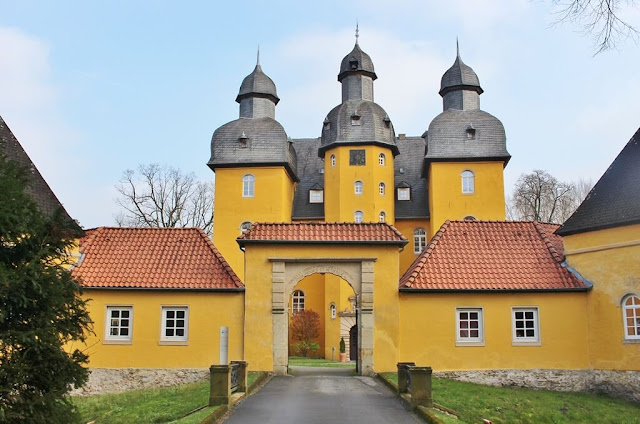 Whenever I go on a castle hunting adventure, I try to find a few lesser known castles, oftentimes not open to the public, on the way to my actual destination. On my way to Paderborn to see Schloss Neuhaus, I stopped by in the little town bearing the name of today's castle and what I beauty I found! The sunny yellow of Schloss Holte in the town of Schloss Holte-Stukenbrock sure did bring a smile to my face and was perhaps my favourite non-open castle of the whole trip. 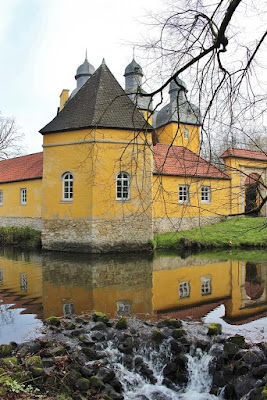 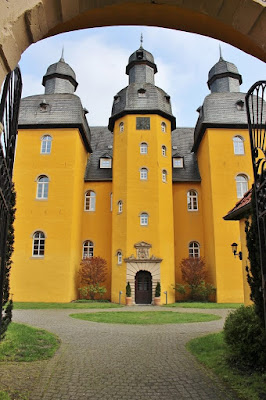 The Renaissance- and Baroque-style moated castle dates back to the early 17th century. The area surrounding the castle originally belonged to the Counts of Rietberg. When they died out in male line, a previous castle located on the same site passed to Countess Walburgis of Rietberg and then her daughter Countess Sabina Catharina of East Frisia, who had married her uncle Count Johann III of East Frisia. Under the Treaty of Berum, Sabina Catharina was awarded the County of Rietberg. The couple built Schloss Holte between 1608 and 1616 as a hunting lodge. 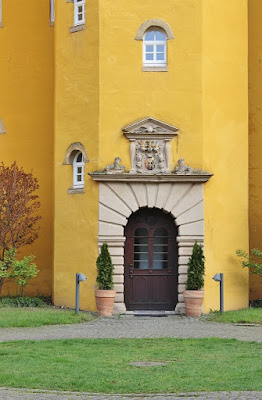 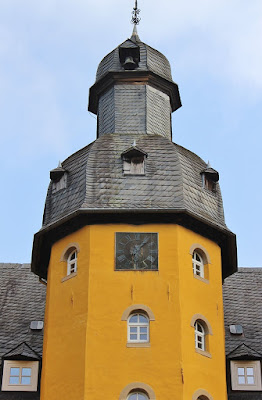 Several additions and changes were made during the following decades, including the addition a chapel as well as new towers. When the last Count of East Frisia-Rietberg, Ferdinand Maximilian, passed away in 1687, his heiress had yet to come into the world. His daughter Maria Ernestine Francisca of Rietberg was born two months after her father's death. While her uncle was made regent, she was placed under the guardianship of the Bishops of Paderborn and Münster. She later went on to marry Count Maximilian Ulrich of Kaunitz(-Rietberg). While Maria Ernestine Francisca remained the owner of Schloss Holte, she lived in Moravia but rarely visited which is fairly unsurprising considering the challenges travels meant back in the day. 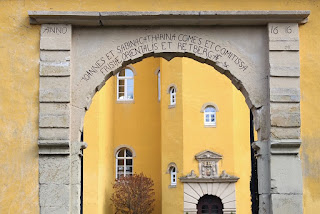 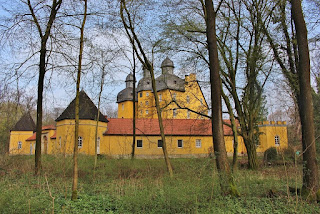 After the Napoleonic Wars and meditisation, Count Aloys of Kaunitz-Rietberg sold Schloss Holte and all Rietberg possessions to industrialist Friedrich Ludwig Tenge. Interestingly, the Princes of Liechtenstein opposed the sale making their own claims to the inheritance. The dispute was later settled with Tenge allowed to keep the estate while the comital title went to the Liechtensteins who continue to use it to this day. The new owener renovated the dilapidated castle for his daughter and son-in-law Hermine and Julius Meyer also giving it a further Baroque-style makeover. About 20 years after the couple moved their main residence from the castle to another property of the family, parts of Schloss Holte were heavily damaged during a fire but soon rebuilt. To this day, the castle belongs to descendants of the Tenge family.
2019 East Fristia (family) Germany Gütersloh Kaunitz North Rhine-Westphalia Rietberg