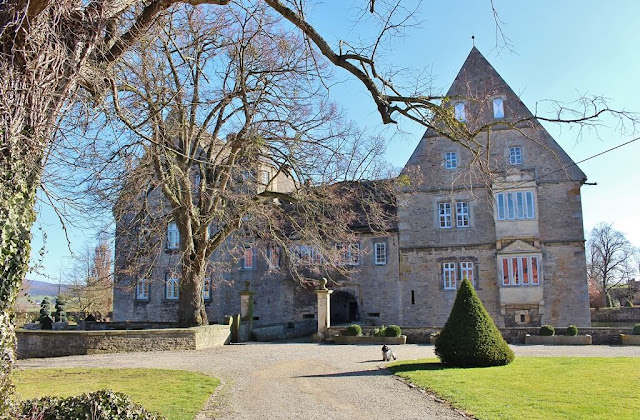 "Dear Castleholic, don't all castles just simply blend together once you have visited 50 or 100?" - That's a question I get occasionally asked. My answer: No. While Schloss Hülsede may be the 10th or 20th castle in the Weser-Renaissance style I've visited, does it look like the others to you? Each and every one of the castles out there has its own history and while there may be similarities, castles never look exactly the same. The history of today's Wasserschloss, or moated castle, dates back to the year 1529 when a previous building on the same site was removed in favour of a small fortified castle today forming the front part of the left wing.

The man behind the new castle was Claus von Rottorp, whose family had been given the estate as a fiefdom by the Counts of Schaumburg some 200 years earlier. The famous military leader expanded the original structure into a four-winged castle over the following decades with construction lasting until 1548. Only two years later, the castle was conquered and ransacked. Another two years later, Claus was able the recapture it. According to local legend, he made several reappearances as a ghost after his death in 1559. After his house died out in male line in 1584, his son-in-law Ernst von Reden staked out an unsuccessful claim to the Wasserschloss. 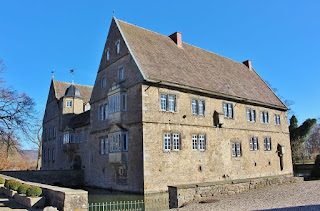 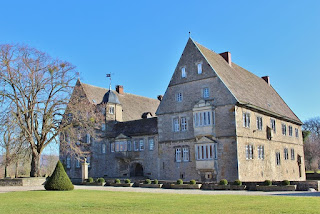 Instead, it was Hermann von Mengersen who received the castle in Hülsede as a joined fiefdom from the Counts of Schaumburg and Bishops of Minden. Hermann and his wife Ilse made several changes to the structure of the castle including the addition of more storeys to the gate wing, arcades, several towers and further outbuildings. The works were all completed until the year 1600. Around that time, Jobst von Mengersen led the estates with a strong hand - and like Claus von Rottorp, he didn't rest in peace as is said to still wander the castle's corridors during nights of a full moon.

Despite the many ghosts wandering the halls, Wasserschloss Hülsede remained a fief to the Mengersen family until 1908, when they managed to purchase the castle and grounds as a free hold. In 1970, Monika Bronsart von Schellendorff, née von Mengersen, took over the possession of the castle. Starting later that decade the surrounding park was revitalised and extensive renovations works carried out - with likely many more to be carried out in the future still because you are never really done renovating a castle.
2019 Bronsart Finck von Finckenstein Germany Lower Saxony Mengersen Reden Rottorp Schaumburg