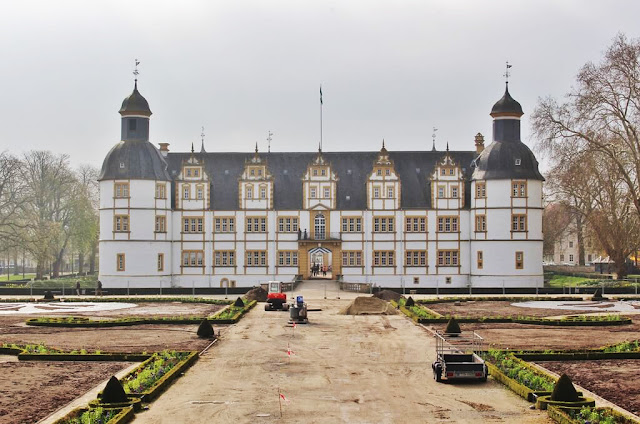 This Castleholic never ceases to learn... While I have written a post with no less than 13 pro castle hunting tips, I learned another one the other week: If possible do not visit a castle that is also a registrar's office for civil weddings on a Saturday morning when it actually serves as a place to tie the knot. Because when I visited Schloss Neuhaus in Paderborn, that is exactly what happened to me and I saw no less than five or six bridal couples. So it's a bit of a wonder I managed to actually sneak a few pictures without not one but several bridal couple in them. It also meant that I could not actually visit all of the rooms usually open to the public. 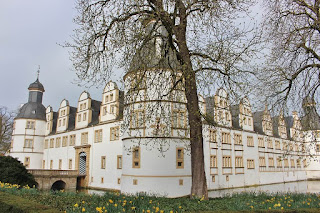 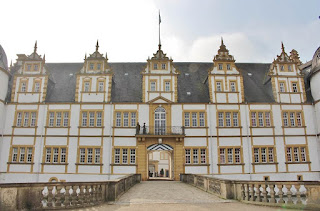 While today a school, a museum and, obviously, a registrar's office, Schloss Neuhaus was once the residence of the Prince-Bishops of Paderborn with its history going back all the way to the year 1257 when the first fortified house was erected there just outside of the city of Paderborn. It was Bishop Heinrich von Spiegel who moved the episcopal residence there during the course of the 14th century  after disputes with the citizenry. Schloss Neuhaus remained their seat of power from 1370 until the end of the Prince-Archbishopric in 1802 following the secularisation and annexation by Prussia. 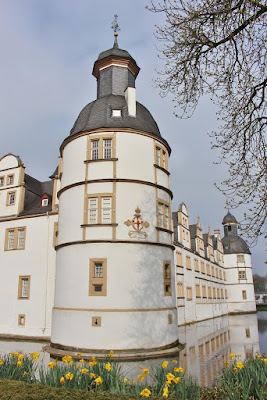 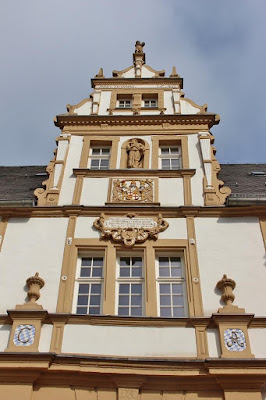 The oldest still remaining part of Schloss Neuhaus was also named for this Bishop, the Spiegel House. All subsequent additions were also named for their respective builders. Some of the most important include Duke Erich of Brunswick-Grubenhagen, Hermann of Wied, Rembert of Kerssenbrock and Dietrich of Fürstenberg. The last one of them expanded the Schloss and almost doubled its size by creating the the current four-winged castle with the four towers on the corners. It was the Wittelsbach Duke Clemens August of Bavaria who added the Baroque-style garden during the 18th century. Sadly, you don't see much of it in the pictures as it is currently undergoing renovations - or whatever you call it for it garden - because, you know, whenever yours truly manages to escape the scaffolding, there are site fences and diggers... 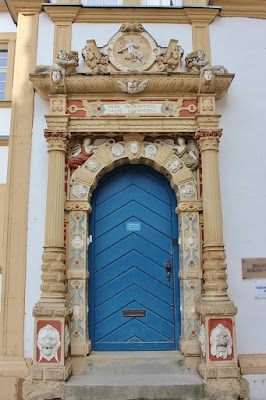 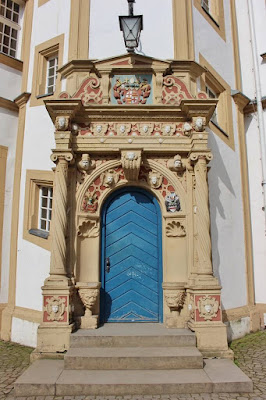 During the course of the Seven Years' War, Schloss Neuhaus saw some damages that were soon repaired but it's days as an episcopal residence were numbered. Following the secularisation and the annexation of Paderborn by Prussia, the Schloss fell into the hands of the state. Apart from a few years during the French rule of the Kingdom of Westphalia under Jérôme Bonaparte, Schloss Neuhaus served as a garrison for different military regiments all the way until 1959 when the British army handed the Schloss back to the German state. It has served as a school and museum ever since and so little of the original furnishings remain. 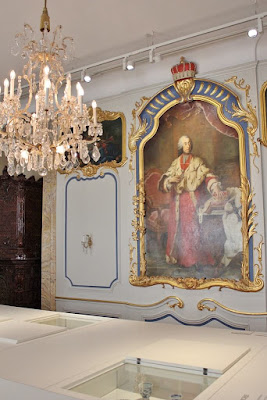 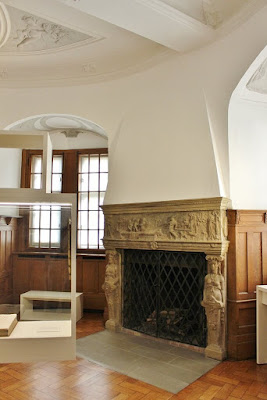 But there is one things that remains that I didn't quite capture in a photo: The legend of the murdered roofer commemorated with a statue on one of the gables on the Western facade. Also immortalised by the ballade of German poet Annette von Droste-Hülshoff, it remembers the legend of young nobleman Kurt von Spiegel, who went hunting with Bishop Ferdinand of Fürstenberg. While usually a good shot, luck escaped him that day. When the hunting party returned to Schloss Neuhaus, a roofer working that day stopped with his work to admire the parade of huntsmen. To prove his ability, Kurt von Spiegel aimed at the roofer - and killed him. Kurt managed to escape on his horse and did not return to Neuhaus for many years. Believing that the Bishop had forgotten his crime, he did so one day - and met his demise: He was convicted, sentenced to death and executed at the Wewelsburg (which we are covering in one of our posts soon to come, so make sure to come back).
2019 Archbishops of Paderborn Bonaparte Fürstenberg Germany Guelphs Kerssenbrock North Rhine-Westphalia Paderborn Spiegel Wied Wittelsbach